At least fourteen soldiers of 198 special forces battalion at Mainok in Borno State have been killed by Boko Haram on Monday.

The soldiers were killed when an Improvised Explosive Device (IED) exploded and sent the young sldiers to their graves.

Pictures of their dead bodies from the attack will be made available later.

Meanwhile see the scene of the explosion and the mangled car below: 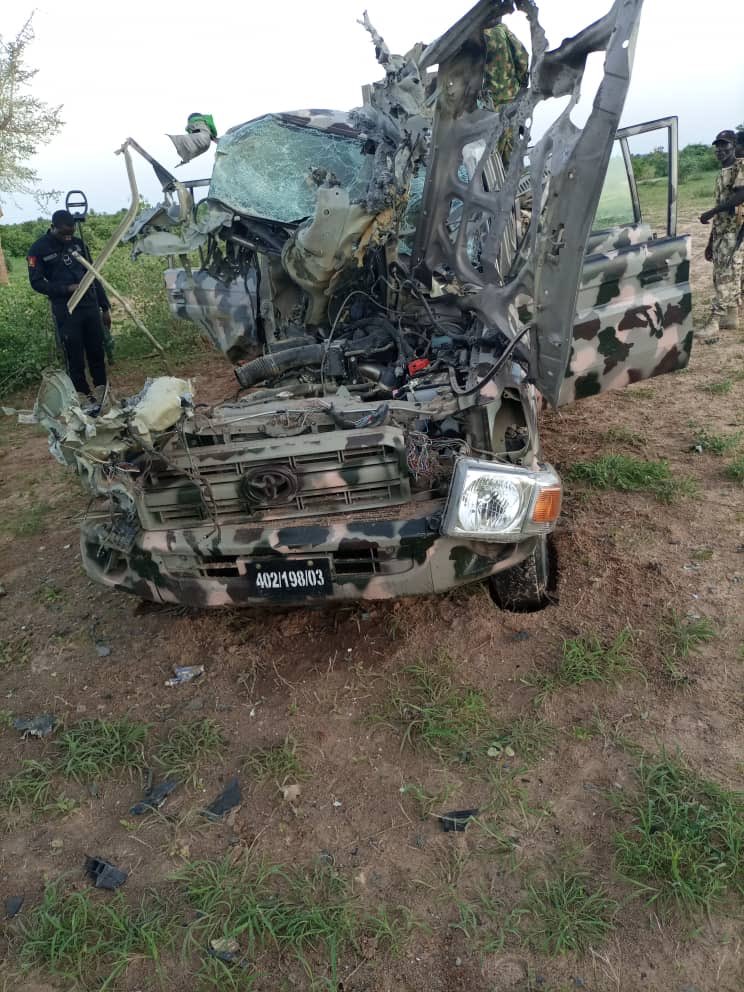 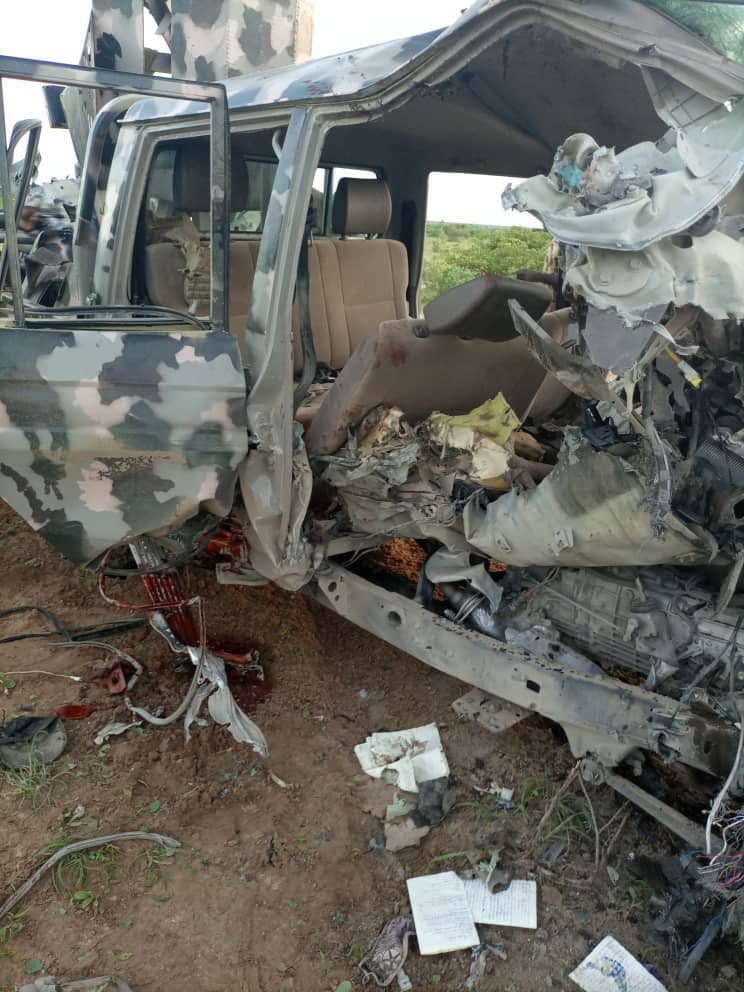 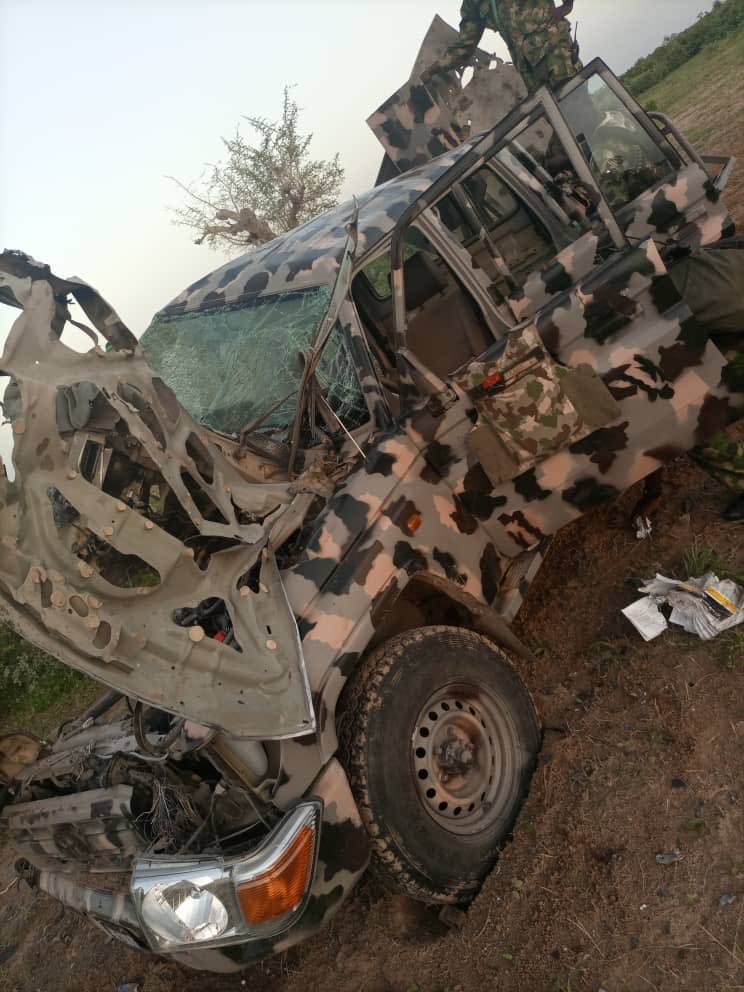