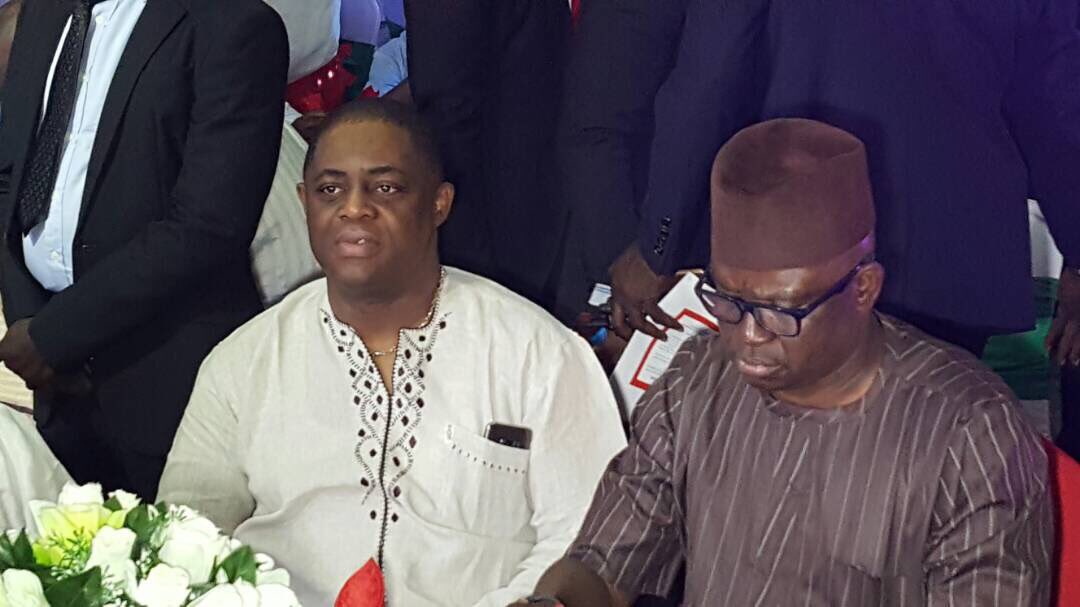 In a short note he made available to Elombah.com, he stated that he “stood with Governor Ayodele Fayose because, unlike most, he has immense courage.”

“We come from completely different backgrounds and we do not agree on everything but we have a similar disposition and we share the same perspective on most things.

“He is not bound up in fear and he is not chained down by political correctness. He speaks the raw and bitter truth and he stands up for the weak and the defenceless.

“Like me he moves in the prophetic and his source of strength is the Spirit and power of God.

“We both love God and we are both men of strength, courage, faith and destiny.

“The Spirit of David and Jehu runs through us both. We neither fear death nor incarceration and we hate injustice, evil and oppression.

“The truth is that he has done an excellent job in his Ekiti state and he has consistently and fearlessly stood against the evil of the Buhari administration and constantly kept them on their toes.

“He is a Yoruba man who has the courage and conviction to say that he wants to be President. Why would I not stand with him and attend the launching of his campaign?

“I believe that he would make an excellent President and effect the necessary changes and restructuring that our country desperately needs.

“I am very proud of Ayo Fayose and I never desert or abandon my friends. He is and will always be my friend and brother.”

This is in defiance of party directive, that he shall not declare himself as a contestant on the platform of the party.

This is in continuation of the confusion that has plagued PDP which is so far from being over.

Fayose has also vowed to defeat the incumbent, President Muhammadu Buhari in a free and fair election.