Mr. President, you now carry in your hands the hopes of 170 million Nigerians who are yearning for a better future. Your fellow Nigerians aren’t asking for much. 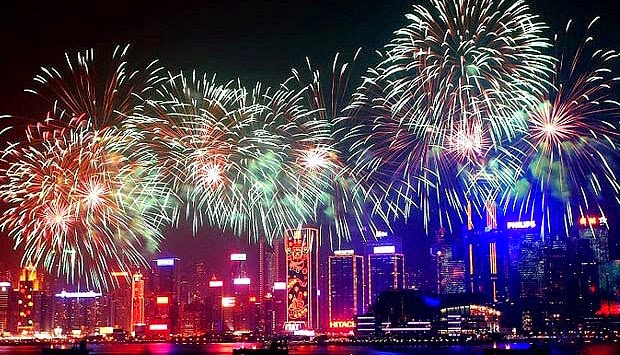 Now that we have turned the page on 2015, it is appropriate to wish the tens of millions of fellow Nigerians who live on less than two dollars a day and continue to bear the brunt of a harsh economic environment a Happy New Year.  From the unsung hero street kids looking for car windows to clean and those selling cold water and all manner of consumer goods knockoffs in traffic to the market women and blue-collar workers who are struggling to make ends meet, may your economic and security prospects be brighter in 2016.

For our fellow citizens in the North East who continue to endure and put up with one horrific attack after another because of the Boko Haram insurgency, I pray that this is the year when peace and tranquility will return to that part of our country.

A tip of the New Year hat to the winner of the watershed 2015 presidential election smack-down, President Muhammadu Buhari, and his cabinet. You’ve got your work cut out for you, Mr. President. There is no doubt that you inherited a pile of mess. The challenges facing the nation are tremendous and the task of rebuilding a broken economy daunting. Nevertheless, you now carry in your hands the hopes of 170 million Nigerians who are yearning for a better future. Your fellow Nigerians aren’t asking for much.

They want regular power supply to light their homes and run their businesses. They want the nation’s crumbling infrastructure rebuilt. They want jobs, access to quality education and health care. Don’t listen to the naysayers, the regressives, the racketeers and the potential, unscrupulous patronage contract hustlers.  The future of Nigeria is not about politics.  Millions of non-partisan Nigerians are bullish on their investments in you, sir; so rest assured that they have your back.

And a Happy New Year to you former President Goodluck Jonathan and your family for gracefully conceding defeat after the presidential contest last year, and for putting the nation’s interests above personal political ambitions.  I raise a toast of the finest brew of the brand New Year to an indefatigable fighter and former federal education minister Oby Ezekwesili. In the great traditions of Amazon warriors in days of yore, Ms. Ezekwesili has refused to back down to intimidation and physical harassment by goons masquerading as security agents in her quest to help secure the safe return of the abducted Chibok girls from captivity. Thank you, sister, for your heroic efforts on behalf those young ladies.

I send my heartfelt New Year felicitations to the Sokoto State Governor Aminu Waziri Tambuwal for providing financial and moral support to his constituents who were victims of the tragic, deadly 2015 Hajj stampedes in Saudi Arabia. Ditto that for Governor Umaru al-Makura of Nasarawa State, a compassionate man of God, for paying the bills for two cancer patients, one of whom was a two-year-old little girl. Thank you, Governors Tambuwal and Umaru al-Makura for your compassion and for providing first-rate constituent services. May you both have a successful tenure in office.

May the New Year bring plenty of blessings to this short list of consistent statesmen and women of national unity promoters: Former first elected Vice President of Nigeria Alex Ifeanyichukwu Ekwueme, who should’ve had a shot at the presidency in 1999; Chief Olu Falae for surviving his kidnapping for ransom ordeal at the hands of some fifth century type throwbacks last year; Professors Pat Utomi ,Wole Soyinka, Bolaji Akinyemi for their principled position on national cohesion; former Governor of Kaduna State Alhaji Balarabe Musa for always telling it like it is; Babatunde Raji Fashola, the new multiple ministry Federal Minister, one of the most unifying political figures in the country; a super-duper diplomat and former Commonwealth of Nations Secretary-General Chief Emeka Anyaoku;  political strategist extra-ordinaire  and a former Lagos State Governor Bola Ahmed Tinubu for orchestrating the biggest political realignments in the nation’s history that may very well last for a long time;  a former Nigerian ambassador to the Netherlands, Dr. Tokunbo Awolowo-Dosunmu, whose conduct in public, Spartan discipline and leadership skills remind people of her late, great father, Chief Obafemi Awolowo; the aforementioned Oby Ezekwesili; a former Nigerian ambassador to Brazil,  Dr. Patrick Dele Cole for his books and a series of articles, particularly in the Guardian, highlighting what we have in common as a people rather than what divides us; Senator Ben Bruce (in his missives from Thisday) for consistently reminding us  that we have to fight the scourge of tribalism if we are going to make progress in society; My Ondo hometown hero and unassuming man of letters  Emeritus Professor Oladipo Olujimi Akinkugbe; tireless national unity promoter  and a former Vice President,  Atiku Abubakar; businessman-cum newspaper publisher and former Governor of Abia State Dr. Orji Kalu for being a consistent voice for national unity; the class act, apolitical professor Ben Okri; class acts Professors Niyi Osundare, Kole Omotosho;  and Father Matthew Kukah, the  Reverend Father  Ejike Mbaka, and Pastor Tunde Bakare , the triumvirate men of the cloth channeling ancient, fiery, truth-telling prophets like Moses, Jeremiah and Isaiah in their uncompromising fight for equity and social justice.

God Almighty!  How many worthy, deserving people did I leave out?  Have a Happy, prosperous New Year, everybody.