A passionate urge to reduce cost of governance in Abia State 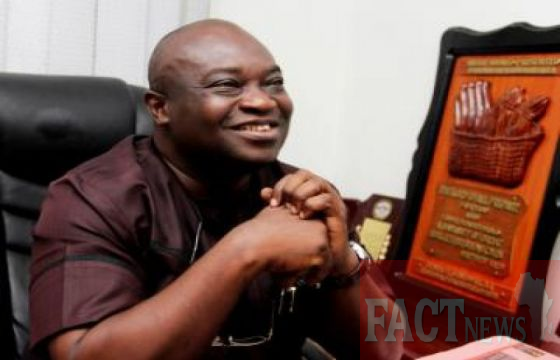 be narrated and explained even by a toddler. It is a known fact that the ability of leaders or rulers to control and manage money, goods and resources available in their country or society at any given time determines the vibrancy or otherwise of their economy. It, therefore, follows that the state of any economy is, in the main, determined by those that control and manage it.

Control and management of an economy require great deal of fiscal discipline and restraint. It also requires vision in those that lead. Vision in this context encompasses a mental picture of where the leader wants to drive his people to within a given space of time, in relation to development, collective growth and actualization. A very simple illustration could be taken from a typical family setting. The head of a family, who doubles as the father of the family, determines, to a very large extent, the prospects and future of members of his family. If the head of the family has the fear of God in him, is disciplined and has vision for his family, the children in the family would always radiate discipline and responsibility. If they are sent to school, they would likely do very well, taking into consideration their family background and pedigree.

Those aspects of social engagement that end up distracting other children within their age bracket, such as cultism, drug addiction and other social vices would be distantly kept away from them. The children would obey the rules and regulations of their school, would have enough time to devote to their studies, would most probably come out in flying colours and would end up as very worthy ambassadors  of their families and would equally contribute to the growth of humanity. But in a contrast situation, the children grow to be wild and end up constituting a danger to humanity. Their families would not come out publicly to say they are proud of them and heads of such families would not command any respect in their communities because they failed to bequeath worthy and commendable legacies to their society.

Leadership has been the bane of the Nigerian state. That many states of the federation were put in very terrible financial conditions was due to the type of leadership that piloted the affairs of the states in the last eight years. In Nigeria, one thing is obvious and that is people do not like being told the truth, especially when it is bitter. Today, some Nigerian commentators try to give the impression that the cause of the current economic dislocation of the country is the decline in the price of crude oil in the global market. This claim is, to all intents and purposes, preposterous and spurious. It is a blatant lie coming from dull brains whose ultimate agenda is to hood-wink the not-well-informed citizens of the country.

The incontestable and indisputable fact, with regards to Nigeria’s present economic situation, is that the governors that governed the states between 1999 and May 2015 were not only squandermaniacs who lavished and wasted the resources of their states through chartering of aircrafts, excessive hiring of rented crowd to sing praises that had no basis, award-giving ceremonies that lacked justification, expensively long convoys, customized uniforms with the portraits of the governors and duplication of functions but very greedy and immeasurably corrupt. One may not be wrong to say that the Nigerian Governors’ Forum had a common agenda for its members during the last dispensation, looting their states dry.

The governors were in a hot competition to loot everything their states had. The urge to loot and accumulate was so compelling in them that during last minute rush; they even went home with every cooking utensil in their Government Lodges. What a greedy set of politicians? Before the governors left office, they had deliberately incurred lots of loan, loan one cannot see what it was used for. The governors had, out of wickedness and greed, started owing public servants in their states before the prices of oil went down. Some of the immediate past governors even owed their commissioners up to seven months.

Even with the fall in oil prices, any governor that was disciplined, transparent and selfless could have conveniently paid public servants and political appointees in his state. After all, in any human-labour related organization, salaries of workers, be them public servants or political office-holders, are treated as first charge. But for the immediate past governors, their first charge was their pockets, with those of the wives and children. So far, it is only in Africa, particularly Nigeria, that a governor would be putting and collecting monetary claims and at the same time his wife, children and in-laws would be doing so.

How can such a state pay salaries? How can such a state maintain her road infrastructure? In such a state, what miracle would make workers at its University Teaching Hospital not to be owed more than eight months? In a state where an elected governor competes for power of looting of the state’s treasury with his wife and son, why would teachers in the state not be owed six months of their salaries consecutively? In such a state, who would manage to pretend not to know that rural roads, which farmers use to transport their farm produce to near-by markets where they could sell them and make some money with which to carter for their families, would not be maintained and, so, would collapse and farmers in the state would become frustrated, despondent and penurious?

If Nigeria had had disciplined, transparent, and patriotic governors between October 1999 and May 2015, her economy would not have been in its present state of turbulence, turmoil and precariousness. Within the period under review, the least a state got from the Federal Account Allocation Committee; FAAC, was a trillion naira. This was exclusive of the states Internally-Generated Revenue. When it comes to internally-Generated Revenue, apart from Lagos state, no other state in Nigeria exhibited transparency in the management of her Internally Generated Revenue.

In fact, Internally-Generated Revenue in other states of the federation remained a secret. The past governors would always complain that nothing encouraging was generated internally. But this was a stupidly concocted lie. The truth is that the Boards of Internal Revenue of the states were very hard-working and raised billions of naira for their state governments. Every money generated internally by the Boards of Internal Revenue was directed to be paid immediately it was generated into a specific automated bank account of the state. As soon as such money got into the said account, the governor would order, not even direct, the amount to be withdrawn. Where it would go to and for what purpose were only known to the state governors, their wives and children.

The question one would not fail to ask is what did a state government like Abia State, for instance, do with more than a trillion naira between October 1999 and May 28, 2015? What was the substantiable wage bill of the state within the period? How much infrastructure did the governments of the state put on ground within the same period? The answer to these questions is that the governors that held sway between 1999 and 2015 were greedy, dishonest, selfish, reckless and never meant well for their states and people.

As students of history would recollect, no phenomenon reigns ad-infinitum. Nigerians have helplessly seen and suffered the epoch of reckless and heartless kleptomania and unbridled culture of impurity in governance for sixteen years, irrespective of political party, whether it was P.D.P; A.C.N; A.N.P.P; A.P.G.A, P.P.A or C.P.P. Like the Holy Bible puts it, there is time to everything. It is now a consensus opinion amongst the good people of Nigeria that the era of overt looting in government by those in government is far spent and gone.

The present dispensation clearly demands vision, ingenuity, transparency, accountability and strict adherence to the rule of law. The atrocities of the past should not continuously demoralize Nigerian citizens. They should optimistically look forward towards a brighter future with an evidently transparent leadership.

Thanks be to God, signs of transparent leadership have started to be felt in some states of the federation. In Abia state, for example, encouraging signs of what a transparent leadership should be is being manifested on a daily basis. Governor Okezie Ikpeazu is one governor that is evidently determined to demystify the office of the governor and reduce costs of governance. He has publicly and officially jettisoned the euphoria of governorship by not, at all, being associated with the appellations, Executive Governor and Your Excellency. His official convoy does not exceed six vehicles, including the ones used by his security men. He does not use, and of course has no need for an Armored Personnel Carrier.

An interesting incident took place on Saturday 8th August, 2015 at Governorship Lodge, Aba. The Governor was ready to go to church, after which he would travel to Abuja. As he was about boarding his bus, his police dispatch-rider wanted to move ahead of the governor but the governor asked him to stay at the lodge until he was done with the church service. The same directive was equally given to some drivers in his convoy. Since he became governor, Dr. Okezie Ikpeazu has not chartered any air-craft. He has not even gone for any honorary chieftaincy award. If governance could be sustained on this modus Vivendi and modus Operandi, it would be obvious that leakages and wastages arising from frivolities of reckless egotism could be plugged and governance made meaningful to the Nigerian electorate.

The threat of arrest and lawsuit by the Imo State govt

Her Excellency, My Wife! – By Ugochukwu Ejinkeonye