A Ray of Light on Chibok Girls – by Garba Shehu

The President drew criticism from some members of the Bring Back Our Girls when he answered in the negative, a question on if he knew specifically where the girls were being held. 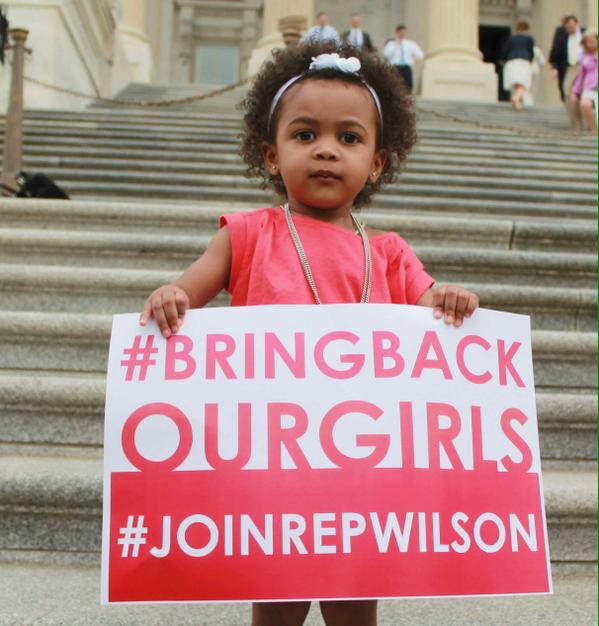 At a time when the issue of accountability has emerged as the most talked about subject in public discourse, the theft of the 219 girls from a government school in Chibok has, expectedly kicked up questions about how far, so far, and whether this is going to be an endless wait for their return.

A government that says it would be respectful of the people’s mandate would be willing to give a snapshot of the continuing efforts to find the girls and free them.

When the government of Muhammadu Buhari gave strict directives for the Nigerian armed forces to root out Boko Haram and bring an end to the insurgency in our country’s northeast, the kidnapped girls from the Government Secondary School in Chibok were foremost in his mind.

The issue remains one of great significance to Nigerians at home and abroad, and to the international community, and finding the missing girls is still a priority of President Buhari’s government.

Over the past months, the Nigerian military has recorded major victories against Boko Haram, reclaiming territory that had previously been occupied by the terrorists and dislodging them from their strongholds deep within the Sambisa forest. Throughout these operations, special care has been taken by the military to not harm any abducted persons in the terrorist’s captivity.

Our armed forces are under instruction to withhold invasion rather than endanger the life of any Boko Haram captive. Various reports giving alleged information as to the whereabouts of the missing girls have also been received by the army, but these have all turned out to be false or misconstrued.

Unfortunately, things were left too late. The previous government wasted precious time questioning the veracity of the abduction rather than going in search of the girls when the trails left by their kidnappers must have still been fresh and easier to follow. In addition, after almost two years, there is a big questions out there among the experts if all the over 200 missing girls are gathered in one spot, in one location, sitting and waiting to be rescued.

When he spoke honestly and truthfully on the issue in his maiden Media Chat, the President drew criticism from some members of the Bring Back Our Girls, BBOG movement when he answered in the negative, a question on if he knew specifically where the girls were being held.

The President equally faced criticism for offering unconditional talks to Boko Haram leaders to secure the release of these girls, criticism that ignores sufficient record in history in the United States, Russia and even Israel.

As illustrated by security consultant and author, Brian Jenkins in a 2014 article, if a safe rescue is the objective-which truly it is in this case-a negotiated outcome is always better than an armed rescue operation. In his words: “Armed action should never be ruled out completely, but negotiations are the more practical course to bring the girls safely home.”

That article strengthens the argument that, while the government must not abandon military efforts, it should carefully consider the complexity of such operation, especially given President Buhari’s emphasis that delay is preferable to errors, especially where the getting the girls unharmed is the ultimate goal. Don’t forget that after the 9-11 terrorist attack on the United States by Al-Qaeda, it took ten years of careful planning to bring Osama Bin-Laden to a final, Hollywood-style finish.

For President Buhari, there is no place for the overdone political posturing over the sad incident. He is not seeking applause because this problem is far more serious than most people think.

From everything the Defence Headquarters has been saying, our troops are ready, able and willing to storm anywhere at any time to secure the girls once that needed intelligence is available.

The last battle-ground, the Sambisa forest is large and expansive. It covers about 3,000 square kilometers of Nigerian territory and it ideally harbors the remaining terrorists and their captives. But Sambisa presents a number of challenges not only to our own fighting forces but to the terrorists themselves.

The place has been heavily mined. The terrorist operatives who planted the mines are believed to be mostly dead or have fled, so they too fall victim to them as they move in the forest because the remnants of their fighters don’t know where the mines are planted.

With recent military procurements by the present administration, mine-sweeping equipments have been deployed to pave the way for our soldiers. The Air Force is doing its duty of providing air cover and the Navy is active in Lake Chad waters. Our neighbors, Cameroon, Chad, Niger and Benin are collectively standing with Nigeria to deny terrorist a foothold on their soil.

In addition to these efforts, there are daily intelligence reconnaissance flights by our Air Force, the U.K, U.S and France which are partnering with the Lake Chad Basin Commission Countries.

In the light of all these, a serious advance is being made towards liberating the forest and hopefully, government will be laying its hands on whatever is left of the terrorists and their hostages.

However, the issue goes beyond the Chibok girls. The incident which took place at the Government Girls School in Chibok, as horrific as it was, merely provided a glimpse into a darker horror that had gone largely ignored by both the Nigerian media and the previous administration: Girls being kidnapped every day from their homes and schools in northeast Nigeria.

The Chibok kidnap was merely an indication of a much larger problem, in which the Nigerian government has already recorded great progress. Although military invasions of the Sambisa forest have so far not yielded the missing Chibok girls specifically, they have led to the rescue of hundreds of women and children from various other parts of northeast Nigeria, who had been in Boko Haram captivity usually for several months.

Between April 2015 and today, about 2000 women and children have been rescued by the Nigerian military from deep inside the Sambisa forest. Just last month, over 200 people, mostly women and children were rescued from Boko Haram captivity.

Without the BBOG outcry that followed the Chibok kidnapping, the world may have remained unaware of the distressing plight of those hundreds of missing women and girls.

These hundreds of women and girls may not be the focus of any major advocacy or media frenzy, but they are equally important. Their rescue and welfare are just as crucial as that of the famed Chibok girls. Their safety is as much of a priority to the Nigerian government.

The President shares empathy, solidarity and sympathy with the BBOG and other stakeholders. He may not be a man of many words. But as his actions suggest, he understands the loss by the parents, stakeholders and the nation very well. That’s why he keeps saying, “you have to secure the nation to govern it well.” Security is the number one priority of this administration.

In the last few months, the government has run a very energetic and a very successful campaign that has diminished greatly, the terrorists, and has engaged the neighbors and the rest of the international community. These efforts have very much translated into a concerted and coordinated action.

Yet for all these to succeed, stakeholders, especially those under the BBOG movement who, to their credit have served the nation selflessly to make Nigeria a more conscientious country need to rally their support behind the armed forces and the President. That is a critical ingredient for the girls to be found and returned and for the country to be safe from terror.

By the end of 2015, the Nigerian armed forces had succeeded in containing the insurgency in the northeast. All this is part of the ongoing effort to, not just rescue missing women and girls but ensure that they stay safe afterwards, that incidents such as the kidnapping in Chibok never reoccur.

A Snapshot by Garba Shehu, Senior Special Assistant to the President on Media and Publicity

Putting the record straight: $2.1b arms money is biggest propaganda