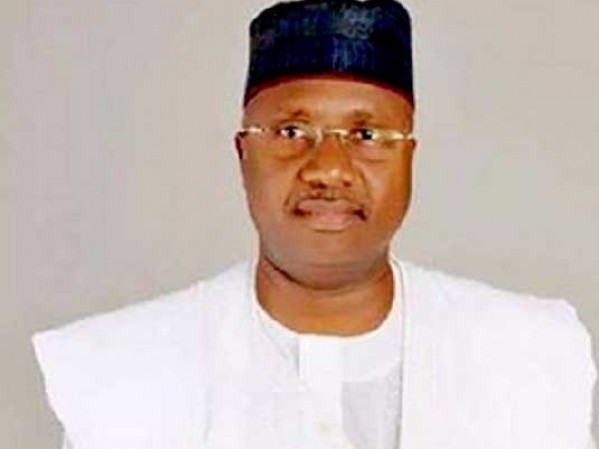 as one of his special advisers.

Bindow [pictured above] made this known on Thursday while playing host to groups who paid homage to mark Eid-el-Kabir in Government House, Yola. He said that the appointment would demonstrate national unity for all Nigerians regardless of their socio-cultural background.

According to him, he will appoint an Igbo man as his adviser owing to the fact his Government must be an inclusive one.

The governor urged the people to pray for the state and his administration to achieve its vision and also sought prayers for President Muhammadu Buhari to achieve his vision of rebuilding the Nigeria of `our dream.

He said that the government was waiting for the `bailout money’ to clear all the pending salary arrears owed to workers in the state, noting that nonpayment of regular salaries would affect the economy in the state, and that the teaming population depended on salaries of workers.

Also, he said the payment of salary arrears would be done by a committee of reputable citizens who could identify and verify sharp practices in the state civil service.

Earlier, Col. Abah Popoola, Brigade Commander of the 23rd armored Brigade Yola said that the security agencies in the state have pledged loyalty to the government and people of the state.

Popoola who lead the delegation of all service commanders in the state said that they would continue to strive for the people to sleep with their all eyes closed.

Also, Mr Martins Babale, Deputy Governor of the state urged the people to uphold culture, tradition and religion to promote peace and unity in the state.

Babale noted that any society that discarded its cultural values would not have peace and unity of propose.

Mijinyawa said that the gesture had demonstrated the commitment of the administration towards putting smiles on the faces of the people.

He said that the achievements of the governor were in line with the APC agenda.

Various groups paid their homage in the government house for the Sallah.