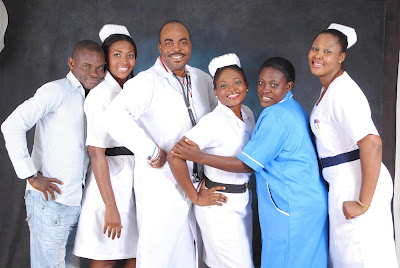 The Adamawa state head of civil service, Alhaji Musa Kaibo, has on Monday said that the nurses were qualified to head hospitals; therefore they should be given an equal status like their Doctors counterparts.

Kaibo made this known at a two-day Nurses Summit organized by National Association of Nigeria Nurses and Midwives (NANNM) in Yola. Our correspondent gathered that the theme of the summit was Nurses: a force for change-care effective cost effective.

He also decried why nurses should be seen as second class staff in hospitals, wondering why their   profession would be taken as an inferior profession by doctors. He rues the situation why a junior doctor would head a hospital at the instance of an old and more experienced nurse.

According to him, their entry qualification into the universities is the same as medical doctors. He however, urged the nurses to read well to be able to compete favorably with other professions.

“I will continue to protect the interest of nurses in the government.

“Nurses should not be seen as second class staff in the hospitals because they are equally qualified to head hospitals as doctors.

“They possess the same entry qualifications in the university as doctors and I wonder why their profession should be seen as an inferior one.

“A junior doctor who just graduated from the university becomes a Principal medical officer where old and more experienced nurses are compelled to work under him.

“I will advise you to read well to be able to compete favorably with other profession.’’

He however, called on the union to be patient as the new administration was committed to addressing the health workers plight.

“It took time for every successive governor to settle down before he will look into your demands and in the process he is removed.

“Thank God that today our present governor is willing to address the plight of all civil servants and his has priority for health of his people.

“One of his priorities is for the people to have good health services in the state and as such he will address your plight.”

“My passionate appeal is for you to be patient and give him a little time and you can see how committed Gov. Jibrilla Bindow is to address the problem of civil servants.’’

Kaibo also decried the attitudes of nurses to patients as unfriendly, urging them to change their attitudes as according to him, such attitudes have given negative image on the profession.

“I will advise you to change your attitudes to work and your patients.

“Your attitudes are given negative image on the profession but I know that sometimes your reactions are due to frustrations you might have incurred due to poor welfare and over utilization of labour.

“I want to assure you that the present government is cooperating with you and you need to prove your worth.

Earlier, Dr Lawal Hamidu, Executive Chairman of the Adamawa Hospital Management Board said that he would do a follow up to ensure that the union benefited all its entitlements.

Hamidu said that the board would not afford to witness another labour crisis in the sectors, saying that the services of the nurses were crucial as the state had suffered from insurgency.

He enjoined them to adopt effective management of resources as the revenue fortunes of the government were dwindling.

In his opening address, Mr Adamu Watu, state chairman of the chapter appealed to the state government to implement new national minimum wage for health workers.

Watu also appealed to the state government to settle all salary arrears of health workers and also urged the governor for the speedy approval of a loan facility for the union members.

He said the loan facility would cushion the suffering of members especially those affected by the activities of insurgency.

“We have been able to establish good working relationship with other industrial unions and government organs.

“Though the issues of the new national minimum wage as it affects health workers, nonpayment of salary arrears to newly employed nurses, contracted specialists nurses have become very much lingering with the state government.’’

He commended members of the union for their cooperation and understanding to achieve some set of objectives for the union.