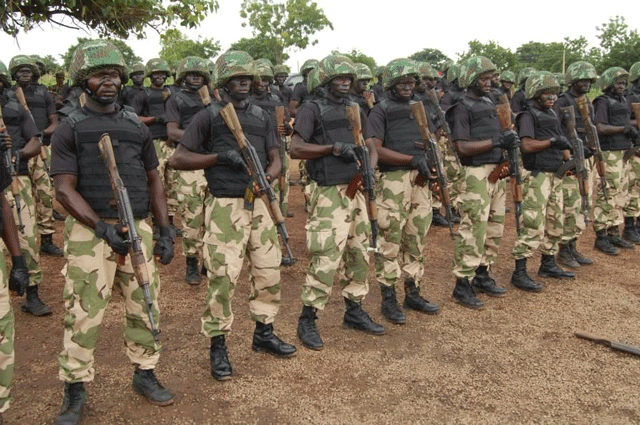 The appointment of new security chiefs by President Muhammadu Buhari came at a time when expectations about the nature of Nigeria’s security challenges are largely distorted by the insurgency being waged by terrorist group, Boko Haram.

Even though deadly attacks by the group are concentrated in the north east of the country, other parts of the country have either suffered some forms of attack or were at some point put on edge on account of fears over the possibility of attacks as terrorists sought to expand their reach.

Thankfully, the appointment of Air Vice Marshal Monday Riku Morgan as Chief of Defence Intelligence alongside other security chiefs has started  showing promise. Such were the gains from recent sustained military onslaught against Boko Haram terrorists that the Chief of Army Staff, Lt. Gen. Tukur Buratai was able to declare that the terrorists have been defeated. Of course, the natural thing would be for  Boko Haram in  the days ahead attempt to stage spectacular attacks in bid to prove the military wrong but the fortunate thing is that the avowal from the security agencies is not to rest until they have seen the last of the insurgents.

This feat on the part of the military must have had input from various arms working together towards ridding the country of the evil that Boko Haram has confirmed itself to be. As agreed in previous years, prior to the change of guards at the helms of the military, intelligence was a lacking component. The coming of Air Vice Marshal Morgan has thus yielded fruits given the remarkable outings the military has been having against insurgents. Since he came on board, with a resume fit and suitable for the job, which demonstrates that the Commander in Chief truly knows the caliber of men he had assembled to defend our territorial integrity as a nation, the military has been making headway at a faster pace.

The period that will follow the victory over the terrorists will certainly present the opportunity for AVM Morgan to further assert his credentials. Boko Haram is just one of the many security threats to the nation and its end means it would be time to return focus to the other existential threats to Nigeria’s security. The threats remain at national, continental and international levels and must be tackled on the basis of the peculiarity of each category. The outcome of such assessment should define the national defence policy and strategy, which are in need of a review  considering our recent experiences.

At the national level: porous borders, unemployment, poverty, ethnic propensities, religious intolerance, organised crimes and even natural disasters including the outbreak of contagious diseases are few examples that the military should develop scenarios for on the strength of intelligence gathered. There is the additional need to prepare the country’s readiness for countering threat to national infrastructure and installations from cyber threats – these facilities are increasingly getting online, which opens them up to attacks. Such preparation should include the military conducting research that give the country a head start on cyber issues.

The continent equally has challenges that require timely intelligence gathering. We have seen how the world has become interconnect on a frightening scale, the wars in Iraq and Syria unleashed a human tide of refugees entering Europe. This refugee crisis in Europe is a glaring example of why what happens on the continent should be of concern to all country and it is fortunate that Nigeria won’t be caught napping with the caliber of AVM Morgan in charge of defence intelligence. We were caught napping once in the fallout from the instability in Libya as arms poured into the country but we won’t be again.

The international scene presents its own unique intelligence challenges. Across the world, young people are being increasingly lured into joining Daesh (Islamic State) and it is a matter of time before indoctrinated extremists begin to return to their home countries to attempt lone wolf attacks. This is an area we must be prepared so that we would not be caught unawares. Nigeria must also be able to for once pinpoint where would be terrorists are likely to get their weapons particularly as they have proven to be high grade equipment. This is in addition to the growth of deployment of drones for military purposes as well as the continued development of robots to take on the tasks of military personnel.

The military chiefs are in the best position to understand the interplay of these national, regional and international dimensions. One is confident that AVM Morgan will thus offer top of the shelf intelligence around these issues towards formulating a National Defence Policy and Strategy that will place Nigeria in a position to appropriately and adequately tackle existential threats to the nation. President Muhammadu Buhari must have seen this much capability in AVM Morgan to have appointed him for a task as challenging as he currently has and the recent weeks have proven that he is up to the task.

Agbese is a civil rights activist based in Abuja.