Again, The Air Force Got It Wrong – By Dawodu Matthew 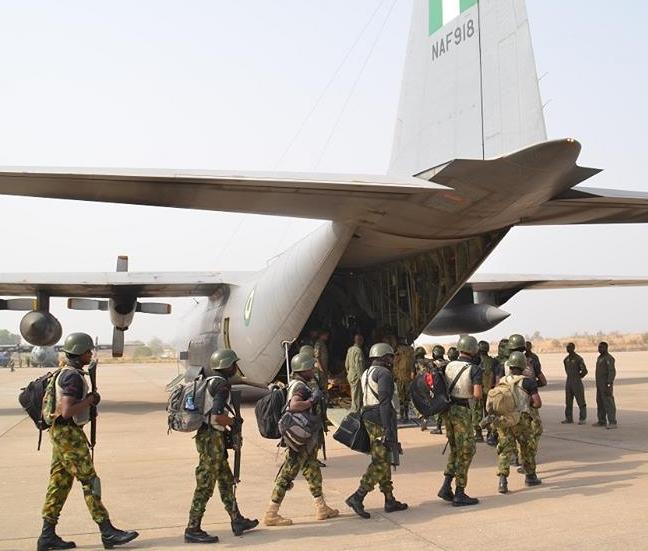 It is indeed a season of the absurd. The ruckus in the petroleum sector is well underway when the Nigerian Airforce deemed it the best time to assault the sensibility of Nigerians by hosting its Operation Lafiya Dole “Third Quarter Media Briefing By The Air Component” in what that service of the Armed Forces must have deemed as reassuring to Nigerians.

The image that was captured by the news camera may be that of the Air Commander Tajudeen Yusuf, Commander Air Component but the gimmick he pulled was for the benefit of Air Marshal Sadique Abubakar, the Chief of Air Staff, who has recently spent more energy on chest thumping than he has put in the fight against terrorists.

The angst here is about a supposed warrior dissipating energy and national resources in an area where most of the job has already been done. That is not to say one is cheering the Nigerian Army over the Air Force, the former has done the work required on ground long before the Air Force thought of making itself visible, which is not the purpose of this piece. The piece is about highlighting the need to not engage in duplication of efforts whether on the field or in communicating achievements or challenges in the course of getting statutory jobs done.

By virtue of the trick pulled by Air Marshal Abubakar’s Air Force, we must now also expect quarterly briefings by the “Marine Component” of Operation Laifiya Dole, the Nigerian Police Force, Nigerian Security and Civil Defence Corps, Peace Corps, Civilian JTF, NGOs Component and just any entity that has pitched in efforts in one form or the other. The sense of outrage over this waste of time and resources should be tempered by the knowledge of the amount that goes into paying for airtime and just the other incidental costs that are tied to such wasteful outing.

The decision of the Supreme Court in Eyitayo Jegede & ANOR V…

Secondly, the Armed Forces are one and should be seen as one. In the war against Boko Haram in the North-East of the country, practicality has kind of entrusted the coordination of operations to the Army, which would not be the case if the security challenge were to be chasing down pirates on the high seas for which the Nigerian Navy is better suited. If the Air Force is strongly convinced that it has valuable information to share with members of the public it would have been better that it synchronizes with the regular Operation Lafiya Dole Briefings that Nigerians have become accustomed to. (Not that we want our television screen and media space cramped with constant images of the military anyway) The sense of a divided military forces painted by the Air Force’s media briefing could only boost the morale of the straggling remnants of Boko Haram, which is counterproductive to what the country wants. An end to terrorism.

Air Marshal Sadique Abubakar feels strongly that his branch of the military is under pressure to show impact for its share of the defence budget, which is a situation he urgently needs help to address before it becomes an obsession. It is expedient to immediately find a worthy purpose for him even if only give him the satisfaction of being busy. There are incidentally several areas that the Air Force could come in that would warrant blowing its own trumpet provided it can get such assignments right. An area of pressing need for instance is to bail the country out with real time aerial surveillance of rampaging killer herdsmen that creep upon communities like ghosts such that their atrocities only become known after they have unleashed untold carnage. For a start, the amount spent on paying for media hype could be used for fueling the first trial runs.

As a bonus, the Air Force can also fly sorties to gather intelligence on the terrorist group, Indigenous People of Biafra, IPoB, and their militant cousins that have been issuing threats in the Niger-Delta. Perhaps, it will successfully take ownership of one of  the suggested operations without having to get into near hostile competition with sister services.

While at it, Air Marshal Abubakar should prioritize getting serious about what makes the news about his service so that people do not mistakenly hear “Air Farce” each time the name makes the news.