The Federal Government has commenced moves to reopen of the trial of former Abia State governor, Orji Uzor Kalu [pictured].

To this effect, the office of the Attorney General of the Federation (AGF) has written to the Federal High Court, Abuja for a fresh hearing date in the case stalled since 2007 by the series of appeals filed by Kalu.

Following the letter from the office of the AGF, the court scheduled the case for mention yesterday.

Kanu in the appeal is challenging the competence of the charge of money laundering brought against him by the Economic and Financial Crimes Commission (EFCC).

He was arraigned on July 27, 2007 before the Federal High Court, Abuja on a 107 count charge of money laundering, official corruption and criminal diversion of public funds in excess of N5 billion.

After taking his plea, Kalu approached the Court of Appeal to set aside the ruling of the Federal High Court that he had a case to answer.

However, the appellate court dismissed the appeal for lack of merit and gave the anti-graft agency the nod to prosecute him, a decision he later appealed at the Supreme Court. 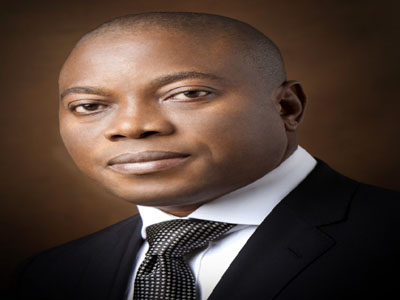 Meanwhile a Federal High Court sitting in Lagos Wednesday dismissed an application by a Special Adviser to former President Goodluck Jonathan on Niger Delta Affairs, Kingsley Kuku, from arresting him.

Kuku had urged the court to restrain anti-corruption agencies from arresting and prosecuting him over allegations of corruption.

Justice Abang refused Kuku’s prayer to stop the Economic and Financial Crimes Commission (EFCC) and the Department of State Services (DSS) from arresting and probing him.

The judge, however, said should Kuku be arrested, he should not be detained beyond 48 hours. Justice Abang said detaining Kuku beyond 48 hours would be in contravention of Section 35(4)(5) of the 1999 Constitution.

According to the judge, ‎EFCC has a statutory obligation to investigate Kuku over alleged financial impropriety. The court also held that the anti-graft agency has the right to arrest Kuku if he refuses to honour invitation.

The judge disagreed with the submission that any move to invite Kuku was politically motivated.

After assuming jurisdiction in the case, Justice Abang held: ‎”It is in my humble view that the invitation sent to the applicant is lawful and constitutional. “The court cannot stop a statutory institution from performing it constitutional duty.”

The court, however, restrained the respondents from arresting the applicant unlawfully, noting that his arrest must follow due process.

Kuku sued the Attorney-General of the Federation, EFCC, the Independent Corrupt Practices Commission (ICPC), the Inspector-General of Police (IGP), the DSS and the Nigerian Immigration Service.

He alleged there was “a plot by the respondents to concoct, fabricate or falsify evidence in order to provide a basis for the arrest, detention, persecution and/or prosecution of the applicant (Kuku) for political reasons…”

According to him, it was “in furtherance of the unconscionable use of the otherwise laudable war against corruption to repress the political opposition constituted by the leaders of the Peoples Democratic Party (PDP), including the applicant.”

Kuku sought a declaration that any such invitation, arrest, harassment or prosecution on the basis of allegations of corruption in respect of his tenure as Chairman of the Amnesty Programme between 2011 and 2015 is a breach of his right to fair hearing and freedom of movement.

Similarly, he sought an order prohibiting the respondents from arresting or prosecuting him on the basis of the allegations.

The Auditor-General of the Federation had raised questions over alleged mismanagement of funds in reports of audit monitoring and evaluation of the amnesty programme.

Kuku’s lawyer Mr Ajibola Oluyede said the respondents were about to abuse the criminal process by seeking to arrest his client. “There is an illegal and unjustifiable intigation of the criminal process against the applicant in a manner that infringes upon his fundamental rights enshrined in Chapter 4 of the 1999 Constitution,” he said.

But the AGF’s and IGP’s counsel, Mr Tijani Gazali, urged the court to dismiss Kuku’s application.

He said Kuku was only invited to clear allegations of corruption against him, adding that there was no plot to violate his rights.

“We only invited him to ensure his right to fair hearing. It was only an invitation. Instead, he has run to the court to be conferred with immunity so as not to be investigated. He was invited so as to tell his own side of the story,” Gazali said.

The Oracle Has Spoken!