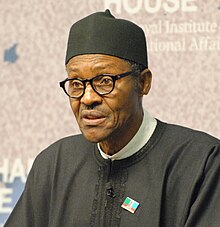 RE: HOW NTA, AIT MALTREATED US DURING THE 2015 PRESIDENTIAL CAMPAIGNS

Our attention has been drawn to the statement credited to Mallam Garba Shehu at the Red Summit Media Event that was held on Thursday Oct 15, 2015, claiming that there was maltreatment of the Presidential Campaigns of the All Progressives Congress Party (APC) by both NTA and our Television Station – Africa Independent Television (AIT) during the 2015 Presidential Campaigns.

Much as we had resolved to maintain a dignified silence on this  matter, in the interest of our collective civic duty and responsibility to our dear Country, the broadcast sector that we have played a pioneering role in since our debut into the sector, the  entrenchment of independent broadcasting and the several cum selfless patriotic roles that we have diligently and repeatedly undertaken for and on behalf of the good people of Nigeria which amongst others is the protection of the democracy that we are all enjoying since the return of the country to democratic governance, we are compelled to address these claims.

That DAAR Communications PLC was at the forefront of the struggle for the enthronement and protection of Democracy in Nigeria is indeed an incontrovertible fact. That as an Organisation, we patriotically deployed all our resources to the struggle which have resulted in the loss and destruction of our stations, transmitters, equipment and facilities to mysterious fire, physical attacks and the clamping down onsome of our Staff in the course of discharging their professional duties, are all political/historical facts which have been appropriately documented by Scholars and a common knowledge of Nigerians who were witnesses to the aberration perpetuated during the military rule in the country.

In all of those trying times we remained resolute and kept our eyes on the goal with the belief that in the end, the success of democratic rule would be worth the challenges we faced. Thankfully, Nigeria is now a democratic nation having succeeded in the democratic handover of power from the Military, through several civilian to civilian governments and from a ruling party to an opposition party, the first time in our history.

It is however, not yet Uhuru. Democracy includes the right of the citizens to fairly air their views on any issues as long as they are within the confines of the laws of the land and provides for equal opportunity for all views irrespective of religious, ethnic or political differences and as an Organisation which values the tenets of democracy, we strive, always, to protect the rights of ALL citizens at all times.

As a broadcast Organisation, we have much more at stake than any politician and administration whose tenure, by our laws, is time/term based while our role, duty and responsibility is by the grace of God; timeless!

With the foregoing, it is pertinent to respond to Mallam Garba Shehu’sclaims.

On the allegation of maltreatment through the rejection and denial of political campaign space on our Station, we wish to state categorically and emphatically that at no time did we reject or deny the Presidential Candidate of the All Progressives Congress (APC) broadcast space on our Station – Africa Independent Television (AIT). It has always been our policy to open up the democratic space to all the broad spectrum of actors in the political horizon.

For the benefit of discerning members of the public and political academics who will obviously document some facts for historical purposes and the stock of public information compendium, we hereby challenge Mallam Garba Shehu to:

1. State the names of the Officer(s)/Department(s) that he dealt with wherein the materials that he wanted aired were outrightly rejected.

2. The Officer(s) that returned the monies for the commercials that he claimed were rejected.

For the benefits of the Institution of the State; the Presidency, National Assembly, the National Broadcasting Commission (NBC), Broadcast Stakeholders, History and Political Scholars and indeed the general public, we are compelled to state the under listed facts herein:

2. We subscribe to the laws of the land as enshrined in the 1999 Constitution of the Federal Republic of Nigeria as amended, and other Acts of the National Assembly.

3. We are guided by the tenets of media practice which areprofessionalism, fairness, objectivity and balance irrespective of political affiliation.

4. At the beginning of the electioneering process meant to herald the 2015 Elections and as has been our practice since 1999,

a. We opened our Stations to all the contesting political parties and their respective candidates on all our broadcast platforms; RayPower FM, Faaji FM and Africa Independent Television (AIT).

b. We gave all the Candidates the opportunity to espouse their political programmes on dedicated programmes on all our platforms free of charge.

5. In the course of appraising the media bookings by all the political players, we realized that between the two major political parties, the All Progressives Congress (APC)’s media bookings were rather low. Without prompting, we constituted a marketing committee deliberately for the All Progressives Congress (APC) headed by our own Hajia Nafisat Aliu.

In accordance with the ethics of our business; media bookings, the terms of the contract, the discount offered amongst others are usually contractual obligations which are sacrosanct and exclusive only to the parties involved but if and when the need arises, we are willing and ready to tender all the contract documents to the public for their information and knowledge. We feel pained, disappointed and betrayed by the allegation of maltreatment of All ProgressivesCongress (APC) Presidential Campaigns by Mallam Garba Shehu who at various times requested for unusual discounts and concessions, at short notices, which we often obliged in our spirited efforts of ensuring that we engaged all political parties; most especially the All Progressives Congress (APC) in our broadcasts so that we would be to all parties.

In conclusion, we wish to state that the Elections have been won and lost and as an Organisation we are focused on continuing to build and develop our great nation. We have extending our patriotic hands of fellowship to all the political actors and indeed everyone to pull together for the sake of our dearly beloved Nation – Nigeria. This, is the global best practice, after Elections and the attendant politics, national interest takes the centre – stage.

For the benefit of Mallam Garba Shehu, his Principal in the  All Progressives Congress (APC) is now our dear President Muhammadu Buhari, GCFR. This is the time to join hands with all well meaning Nigerians to partner with the new administration, remember them in our individual and collective prayers, and support the administration to succeed. The task ahead of this Government is enormous and it therefore cannot afford any form of distraction.