Talking after the visit, Governor Akeredolu explained that he visited President Buhari to personally invite him to the commissioning of the Ore Flyover Bridge, which is the first in the state.

He also seized the opportunity discuss burning issues affecting the Niger Delta Development Commission [NDDC] leadership which, according to him, his state should produce the next Managing Director.

He said: “I visited [President] Buhari to personally invite him to the commissioning of the Ore Flyover Bridge, a first in our dear State.

“I also formally intimated him about the position of the Law concerning the NDDC MD position which should come from Ondo State amongst other issues.”

ElombahNews gathered that included among the “other issues” discussed is the issue of regional security out, Amotekun, which is designed to cover the six South Western states.

See pictures of the visit below: 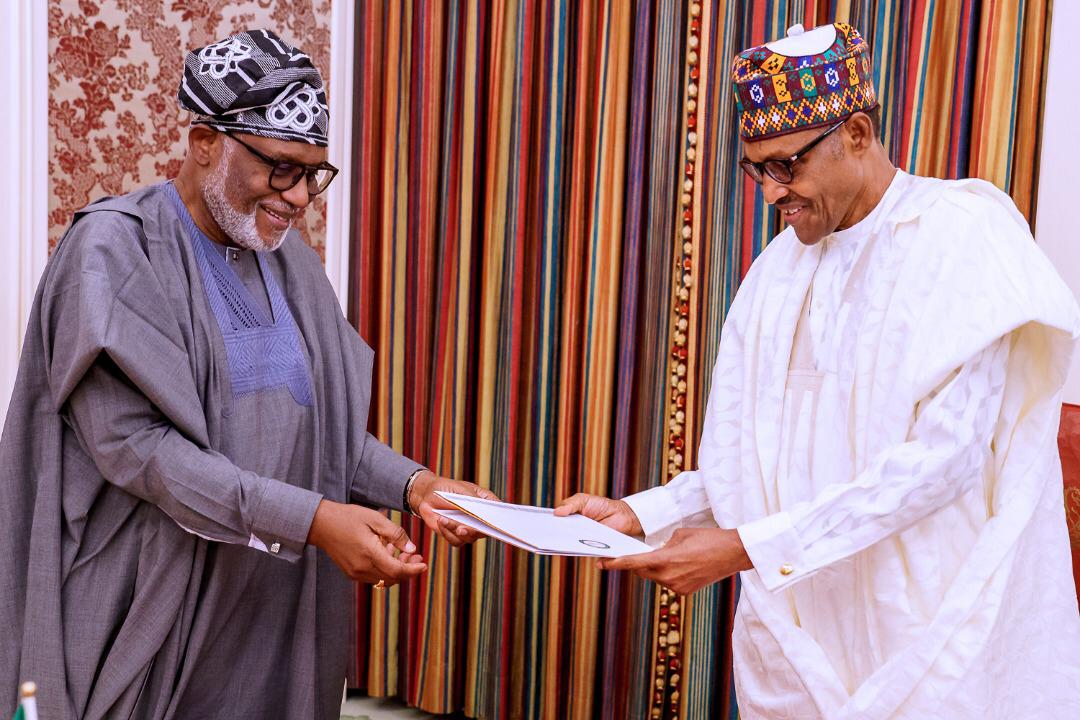 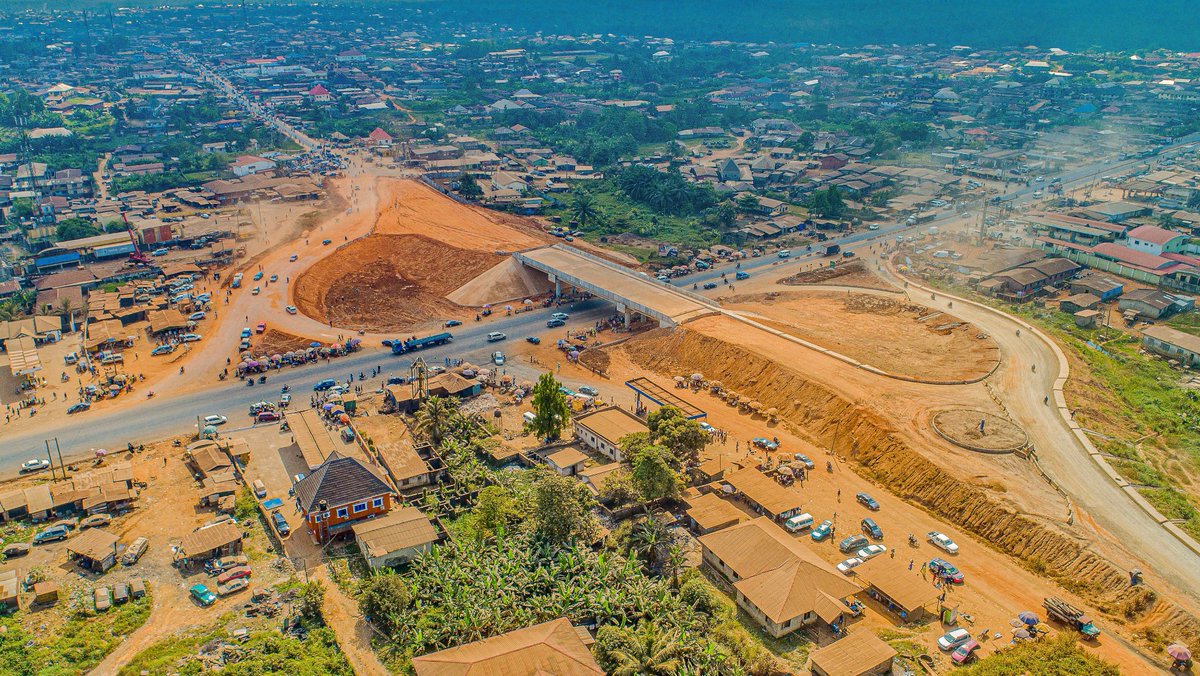 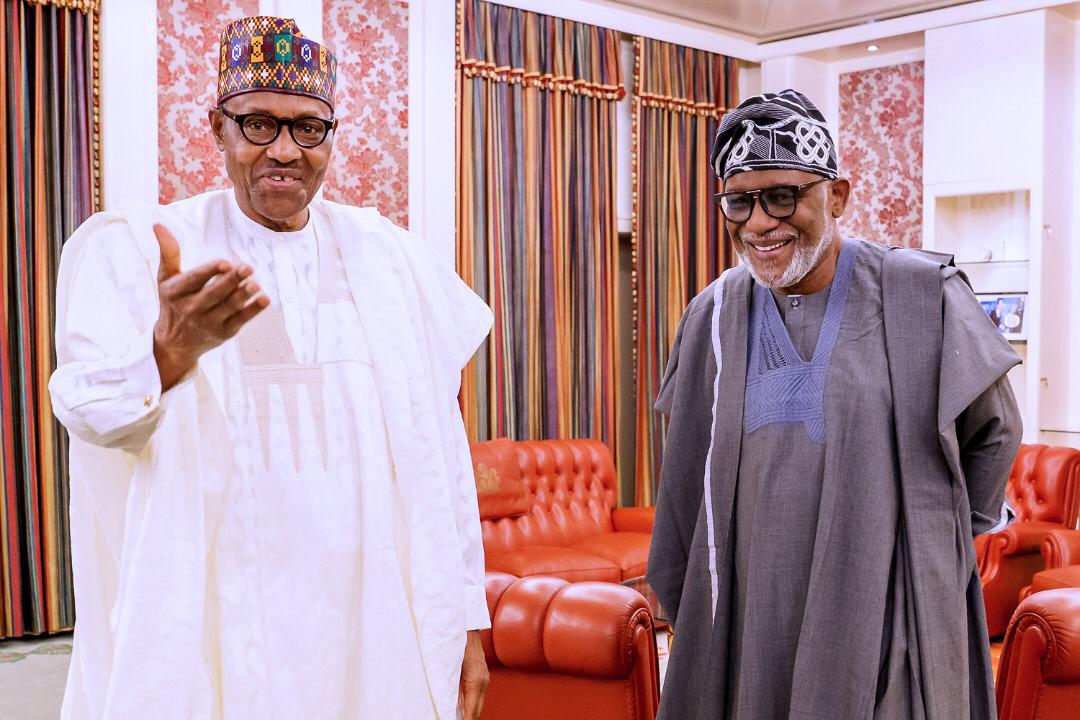 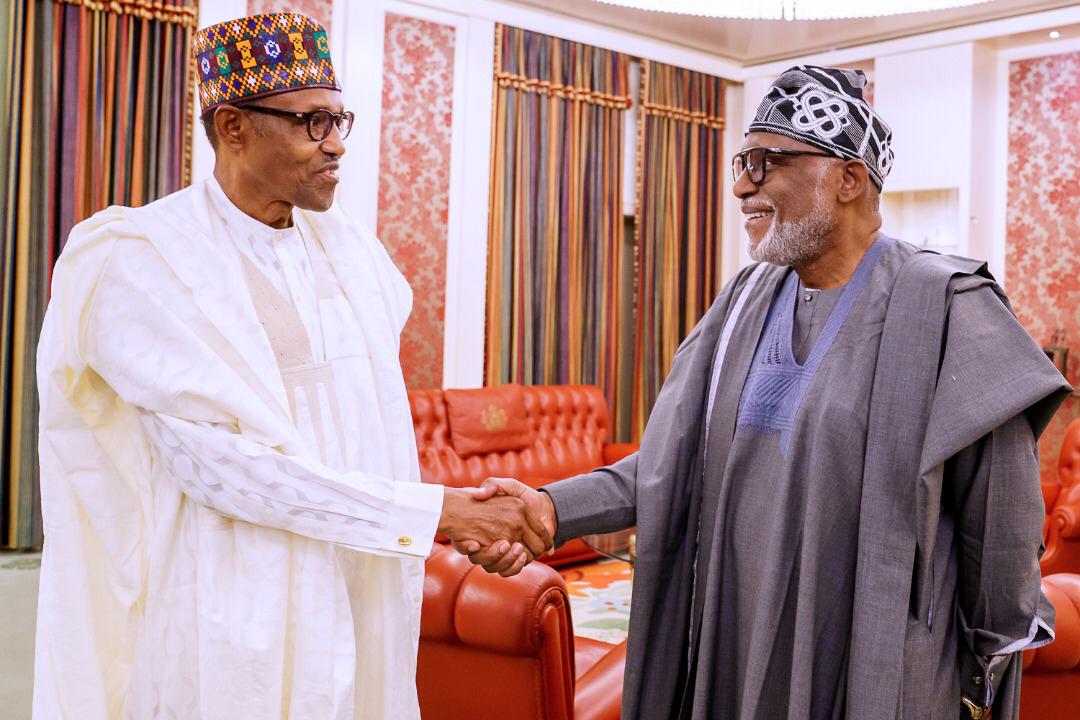