President Muhammadu Buhari has, on Friday, December 28, 2018, kicked off his re-election campaign christened “Next Level” in Uyo, the Akwa Ibom capital.

President Buhari was hailed with the ‘four plus four’ as he arrived the Godswill Akpabio International stadium in Uyo to flag off the presidential campaign.

He was accompanied by politicians on the platform of the All Progressives Congress [APC] amid chants of “four plus four” from the crowd signifying 2nd tenure.

The President’s plane landed some few minutes to 3pm for the rally.

On the President’s entourage are other APC chieftains led by the national chairman, Comrade Adams Oshiomhole, National Leader, Asiwaju Bola Tinubu, Vice President Yemi Osinbajo and a host of others.

The president was spotted in the traditional dress of the Akwa Ibom people as shown below:

The stadium was filled to the brim moments before the flag-off of the Campaign.

The stadium was decorated with posters with inscriptions such as:

Get it right this time around, Metuh tells PDP aspirants

Security operatives including the Police, Nigeria Security and Civil Defence Corps; the Army, DSS and other paramilitary personnel permeated the environment.

All entrances leading to the stadium were cordoned off by security personnel to ensure a hitch-free campaign flag-off.

Vehicular movements were also restricted around the stadium, while vehicles that conveyed supporters have been parked along adjourning streets.

Ambulances are also on standby in case of any emergencies.

See more photos from the flag-off event In Uyo: 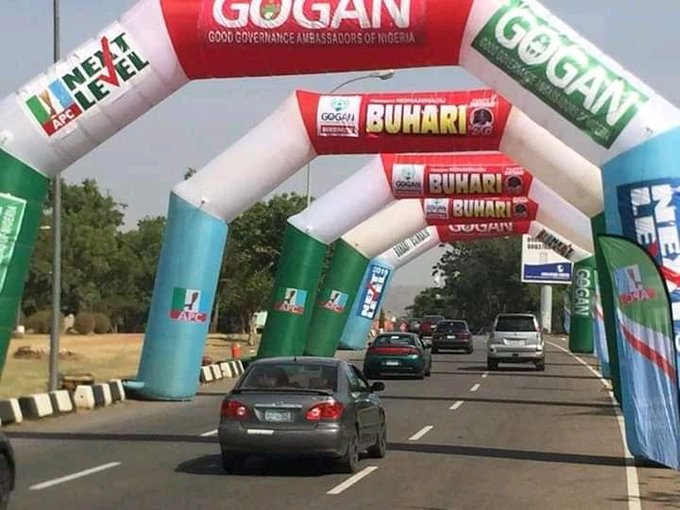 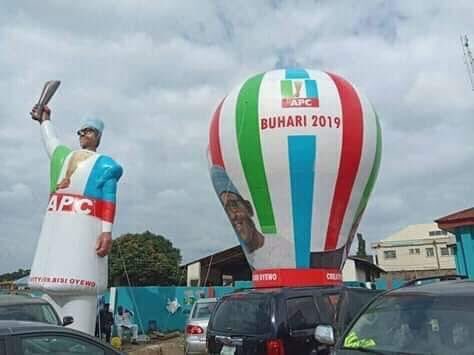 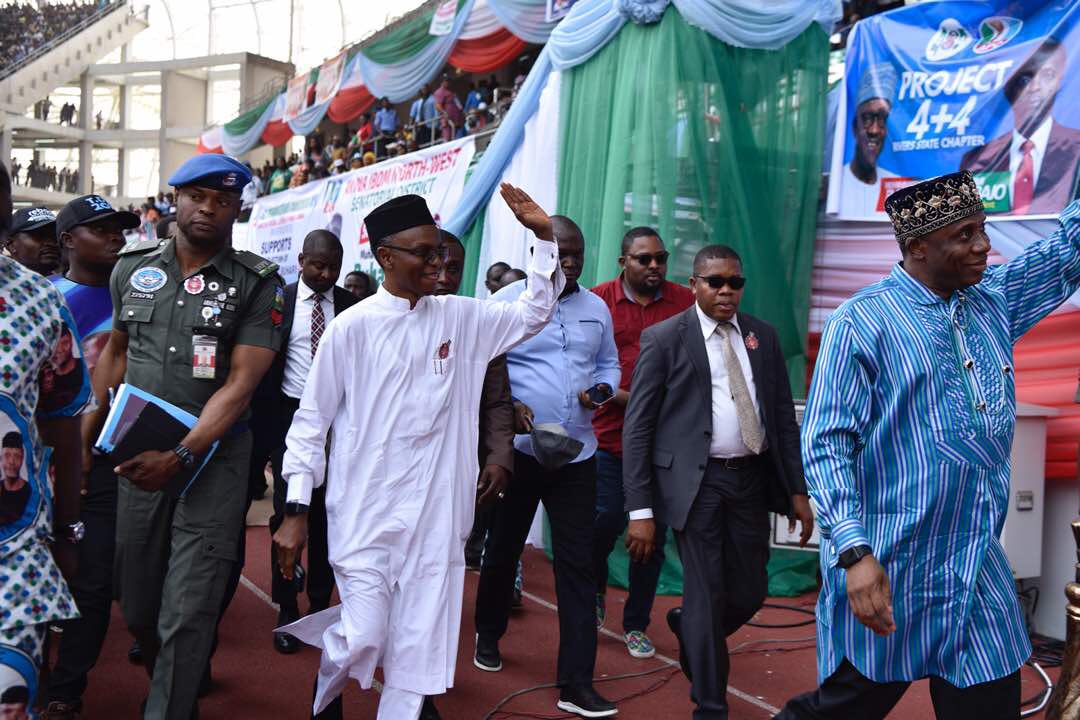 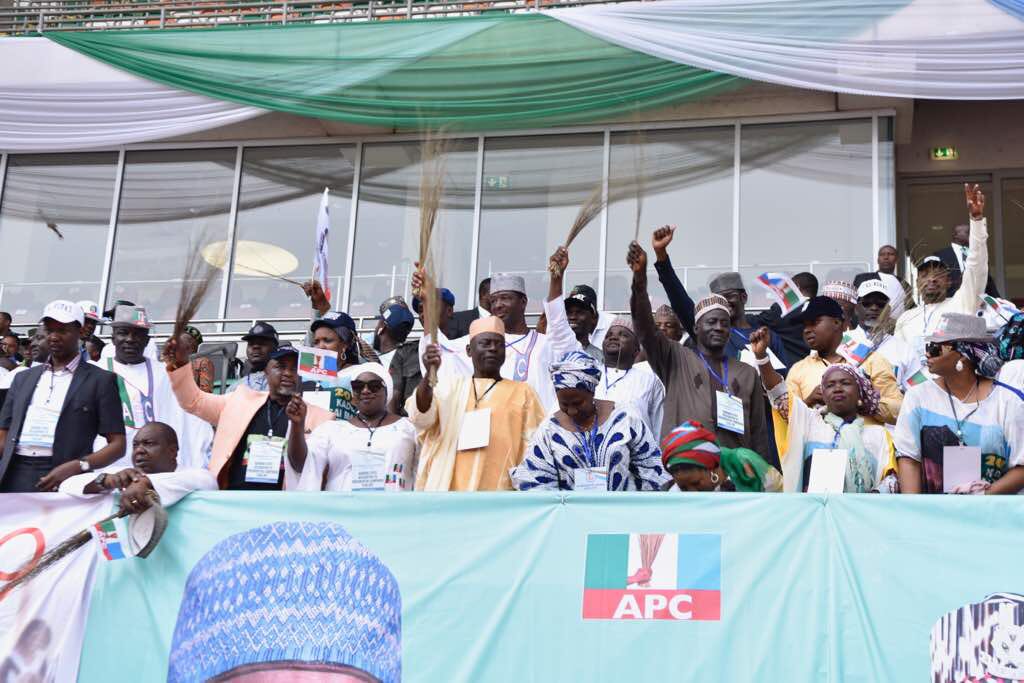 Get it right this time around, Metuh tells PDP aspirants