Akwa Ibom power plant to be shut down over gas issues 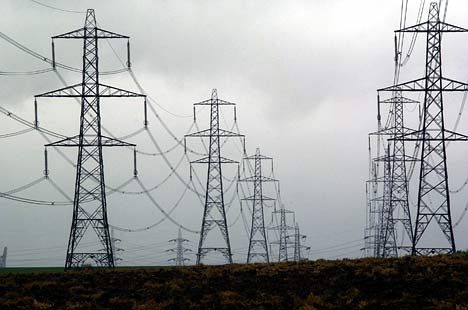 Shortly after it recoded 198 days without outage, it has emerged that Akwa Ibom State owned power plant will be shut down for at least forty-five days.

The Managing Director of Ibom Power Company, Engr. Meyen Etukudo made the disclosure in an interview and phone-in programme on Akwa Ibom State Broadcasting Corporation (AKBC).

Speaking on the development, the MD said Ibom plant will be shut down due to a critical system upgrade and maintenance of the Ikot Abasi Gas Receiving Facility (IGFR) from Accugas to Ibom power plant.

“During this period, gas supply from Accugas to Ibom power plant will be disrupted and consequently our units will not be generating” the MD stated.

He however allayed the public’s concern about the lack of power supply in the State during the period of the system upgrade and maintenance.

Nigeria May Lose $100m To Foreigners Over NNPC Contracts

The MD said that the National Control Center (NCC) and Odukpani power plant, Calabar will be responsible for the supply of electricity to Akwa Ibom State during the period.

Engr. Etukudo mentioned that the system upgrade and maintenance is necessary for safety, statutory compliance and operational effectiveness of both Ibom power plant and Accugas.

He said during the upgrade and maintenance period, Ibom Power will restructure its operations and notify the relevant stakeholders as progress is made.

Meanwhile, the Management of Ibom Power Company has stated that during the period of the system upgrade and maintenance, internal and external trainings will be organized for staff.

Management also advised staff to identify training needs and work with the Human Resource (HR) Department to embark on such trainings within the period.

“Those who have not taken their annual leave can use this period to embark on that leave upon obtaining appropriate internal approvals” Management stated.

Nigeria May Lose $100m To Foreigners Over NNPC Contracts