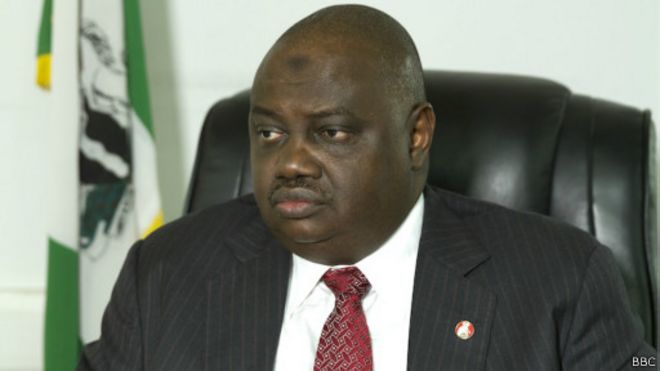 Senate through Chairman, Committee‎ on Ethics, Privileges and Public Petitions‎, Senator Sam Anyawu had last week assured that the anti-graft boss would appeared before the Senate on Tuesday.

But in a statement issued and signed by ‎ clerk to the Committee, Freedom Osolo dated November 9 stated the investigative hearing of the anti-graft ‎Boss scheduled to hold on November 10, has been postponed by the Committee.

‎The statement reads,” I regret to inform you that hearing of the Senate Committee on Ethics, Privileges and Public Petitions slated for Tuesday, 10th November, 2015 has been postponed for the time being. You will be duly informed when the meeting is rescheduled, please.

“The Committee regrets any inconveniences the postponement would have caused you.”

Senate had summoned anti-graft boss to respond to alleged diversion of N1 trillion proceed belonging to EFCC written by one Mr. Gorge Uboh.

‎It could be recalled that The petitioner, George Uboh, told the committee that EFCC diverted the offshore seizures from a former Governor of Bayelsa, Diepreye Alamieyeseigha.

“EFCC did not mention where the N1.3 trillion recovered was remitted to. ‘’

“EFCC’s claim that it did not recover up to a trillion naira is complete false.

“EFCC did not mention where the N497.3 billion recovered was remitted to.’’

He wondered why recoveries for the same years differed on different reports.

Making reference to a letter allegedly written by a former EFCC Chairman Faridat Waziri to then President Goodluck Jonathan, Uboh said that the commission recovered over N975 billion between 2004 and 2007.

“After recovering over 2 trillion, how did the funds melt away?

“These transactions are expunged. Where are the funds deposited between July 2004 and June/July, 2008?

“EFCC diverted and concealed N779 million of recoveries from Tafa Balogun in its record.”

The petitioner urged the committee to compel EFCC to remit N2.051 trillion to the Federal Government of Nigeria.

He further urged that Access Bank be compelled to bring complete and unadulterated statements of EFCC accounts from 2004 till date.

The petitioner added that Aminu Ibrahim and others, who audited EFFC’s account be made to come before the committee and shed more light on discrepancies relating to EFFC recoveries in question.

Though Lamorde wrote to the committee indicating his absence from the hearing, the Head, Legal Department of EFCC, Mr Chile Okoroma, made an appearance.

The committee, however, asked Okoroma to leave since the EFCC boss had indicated in a letter that he would be absent.

Buhari ‘too slow’ to deliver on promises – Washington Times