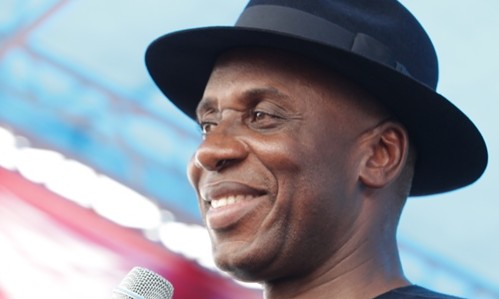 *Hails Buhari, Senate; says Wike has been put to shame*

The All Progressives Congress (APC) in Rivers State has described today’s confirmation of the immediate past Governor of the State, Rt. Hon. Chibuike Rotimi Amaechi, as a Minister by the Senate as a victory over the forces of darkness.

“These dark forces as represented by Caretaker Governor, Chief Nyesom Wike, went to absurd lengths in their plot to stop Amaechi from becoming a Minister but Almighty God has used President Muhammadu Buhari and the Senate of the Federal Republic of Nigeria to scatter their evil plans,” Rivers APC said in the statement signed by the Chairman, Dr. Davies Ibiamu Ikanya and issued Thursday in the State capital, Port Harcourt.

According to the party, “Today, 29th October, 2015, will remain a great milestone in the annals of Rivers State when against all odds, centering around the mischievous propaganda by enemies of the State led by the impostor Governor Nyesom Wike, the Senate of the Federal Republic of Nigeria confirmed one of the best sons of Rivers State, Rt Hon. Chibuike Rotimi Amaechi, as a Minister despite the sinister petitions against him by misguided enemies of Rivers State.

Today, we have come to understand that truly God is with Amaechi and none of the plots by his enemies can have any impact in his life if the meanings of his names are anything to go by – Chibuike, which means ‘God is all Powerful’ and Rotimi, an abridged version of Oluwadurotimi, meaning ‘the Lord stands by me’, while Amaechi means ‘who knows tomorrow?’ plays a lot in most of the actions of this patriotic, an enigma, the Lion of Niger Delta Politics, the Pillar and embodiment of the change mantra in the politics of Nigeria and a true son of God

“The Eighth Senate has by this action proved that they are not only patriotic and nationalist but also that they cannot allow petty politics to becloud their sense of reasoning as they seek to accomplish the onerous task of building a virile, vibrant, united and strong Nigeria.”

Rivers APC warmly commended President Buhari for nominating Amaechi and the Eighth Senate for confirming him, “thereby disappointing the very enemies of Rivers who by their devilish acts painted Rivers State and her people as ingrates who have no regard and respect for her leaders.” The party pleaded with Nigerians not to judge Rivers people by the vindictive actions of Wike and his cohorts as Rivers State and her people are good-natured and great people.

Rivers APC thanked God that “Wike, who has done everything humanly possible to bring down Amaechi, who made him politically, has been put to shame along with his collaborators, especially Senator Thompson Sekibo. “They should not only bury their faces in shame but should also apologise to Nigerians for their failed coup against their benefactor,” the party said. It declared that Wike and his co-travelers have formally buried their political careers as they have proved that they are the greatest enemies of Rivers State and Nigeria as a whole.”

Proclamation of 1914 is constitutional force majeure we must…

It said that “to show practical appreciation to God, the party has set in motion machinery for thanksgiving services to our great God for shaming the enemies of Rivers State and upholding his son at this critical time. In this regard, Muslims should use this Friday, 30th October, to worship in their mosques while Christians should embark upon thanksgiving this Sunday, 1st November, 2015. We must pray out the evil cabal currently ruining our State in the name of governance.”

Similarly, Dr. Dakuku Peterside, governorship candidate of the All Progressives Congress, APC in Rivers State in the April election has commended the Nigerian Senate for approving the confirmation of Rt. Hon. Chibuike Rotimi Amaechi as minister.

Peterside who spoke in Abuja praised the senators for their patriotic and states-manly conduct despite the contrived controversies and unproven allegations that trailed the nomination of persons like Rt. Hon Amaechi.

He said the Red Chamber has proved that they are indeed distinguished men and women of honour as anything less would have amounted to a disservice to our great country.

“I wish to personally thank the Senate for its courage and nationalistic zeal. The fact it avoided playing unnecessary politics with issues around ministerial nomination, screening and confirmation is re-assuring.

“I know that for a long time, Nigerians will remember this senate for standing with the people of this country especially on this ministerial list that had generated needless arguments. Our democracy may still be described as nascent and emerging but our people definitely know their leaders.

“Rt. Hon Chibuike Rotimi Amaechi, our leader, is a man of unassailable character and integrity. So it was not surprising that many people, both from within and outside the country followed his nomination and eventual appearance with a lot of interest.

“I am very happy that the senate did not disappoint his teeming supporters and well-wishers. But I also wish to thank the Upper House for refusing to be dragged into the politicisation of the fight against corruption orchestrated by PDP Rivers State. As a member of the last assembly, I must say that I am proud of you all.

“Finally, I wish to counsel the government of Rivers State to stop its wild goose chase. Our people suffer when resources that should have been used for development and welfare of the people are deployed to maligning and disparaging people.    We are currently facing daunting security challenges in the state for which the occupants of Government House Port Harcourt have no idea of how to tackle. They have chosen to spend our resources on imaginary battles against perceived opponents.

Confirmation of nominees shows no more division in party – APC

Proclamation of 1914 is constitutional force majeure we must correct