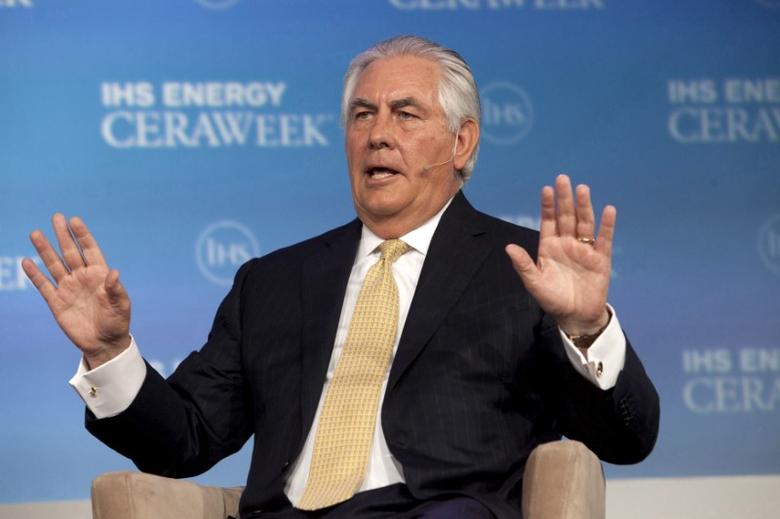 “Secretary of State John Kerry has played divide-and-rule politics within Nigeria by visiting and befriending only Northern governors to the chagrin of Southerners who felt betrayed.”

First, he emerged from the outside to defeat the original principals who dominated the Republican Party to become the presidential candidate.

He went ahead and coasted home to victory defeating almost the extant political dynasties to become the 45th President of the United States of America with effect from January 20th 2017.

The Clinton’s, the Bush’s, the Obama’s are only but a few political institutions that Trump dealt devastating blows to emerge as US President.

Since winning the election, Donald Trump has won other laurels including one of the most talked about media ratings.

TIME Magazine recently nominated Mr. Donald Trump as the Person of the Year of 2016 and this decision understandably has drawn flacks and praises from diverse groups of observers.

Writing the cover for TIME Magazine, Nancy Gibbs wrote thus: “This is the 90th time we have named the person who had the greatest influence, for better or worse, on the events of the year.

“So which is it this year: Better or worse? The challenge for Donald Trump is how profoundly the country disagrees about the answer.”

“It’s hard to measure the scale of his disruption. This real estate baron and casino owner turned reality-TV star and provocateur—never a day spent in public office, never a debt owed to any interest besides his own—now surveys the smoking ruin of a vast political edifice that once housed parties, pundits, donors, pollsters, all those who did not see him coming or take him seriously.

“Out of this reckoning, Trump is poised to preside, for better or worse.”

Like him or hate him, Mr. Donald Trump has started well by making some top level appointments that even his critics are overwhelmed with shock with the phenomenal career hierarchies of most of his choices for his cabinet.

The latest being the Secretary of State which he gave to the current managing Director of the world’s crude oil company- ExxonMobil.

Mr. Donald Trump has further compounded the shock of his critics and indeed shamed those who see him (Trump) as a climate change denier.

His secretary of State is a staunch supporter of the Climate Change Treaty recently signed in the French capital of Paris.

The ExxonMobil chief executive is also close to the Russian leader Mr. Vladimir Putin who has largely not been in good diplomatic terms with the eight yearlong President Barack Obama’s vanishing Presidency.

The British press captured Trumps decision thus: “Donald Trump is set to choose ExxonMobil CEO Rex Tillerson to be the next nominee for Secretary of State.

The Choice of Secretary of State must have put to rest the doubts critics have expressed regarding President-elect Donald Trump’s disposition on the vexed issue of Climate Change Treaty which the United Stated joined other nations to sign as aforementioned.

The British press also observed that while he led ExxonMobil, Mr. Tillerson expressed his support for the Paris climate agreement, wherein countries around the globe vowed to cut their carbon emissions, brokered in part by Sec of State John Kerry.

The President-elect, however, said that he will back away from the agreement.

This pick of a Secretary of state which is the top most diplomat in the incoming administration is a clear shift from the hard line position of Donald Trump on Climate Change.

The company also acknowledged the existence of climate change, and agreed with the science behind the crisis. Mr. Tillerson himself has stated the importance of addressing it.

“We believe that addressing the risk of climate change is a global issue,” he said in May during a company shareholder meeting.”

Basically, our focus in this piece is on what impacts this choice will make on Nigeria with regards to our place as one of the largest crude oil rich nations.

The outgoing secretary of State Mr. John Kerry is not known to have played positive diplomat role in Nigeria.

Apart from the fact that Nigerians are expecting so much from the incoming Secretary of state in the United States of America, there’s also the need for the restive situations in the crude oil rich Niger Delta region to be brought to a constructive end for the overall benefit of all.

In the last one year and half since the current government in Nigeria came on board, the armed militants resumed heavy hostility and bombing of crude oil pipelines in the crude oil rich Niger Delta to a level that Nigeria lost over 60 percent of her source of external revenues which became worst with a tumbling in global crude oil prize.