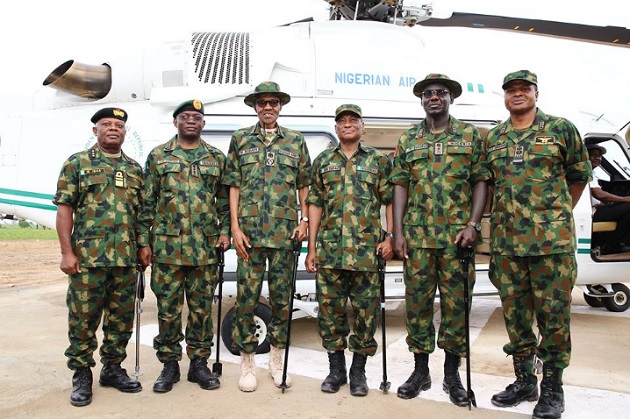 The referenced chains of negative reaction from the present Government of Nigeria headed by ailing President Muhammadu Buhari including threats, name calling, campaigns of calumny and false denials; are also grossly inadmissible and unscientific, going by the modern principles of social science research and findings.

Staying in the comfort of a public office or media program and dishing out scornful and condemnable statements or launching of illogical verbal attacks are grossly insufficient to counter years or months-long forensic and eagle-eyed investigation grounded in modern local and international laws and norms and backed with basket-load of pictorial, video, paper and other material evidence credibly derived from or linked to the crime scenes, crime perpetrators and crime victims.

In the said chains of negative reaction by the Government of Nigeria, no counter facts and findings were presented or made to credibly dispute those of Amnesty International.

No single evidence has been provided by same till date to back up its hilarious and watery claims that the IMN and IPOB/Pro Biafra Campaigners were “violent groups (i.e. armed opposition groups or armed insurgencies)”.

Most, if not all the Reports of Amnesty International on Nigeria particularly the ones on mass murder of over 1000 and hundreds of unarmed and defenceless members of IMN and IPOB/Pro Biafra Campaigns as well as its recent community report on Nigeria for 2016/7; are all irrefutable and laden with unassailable findings. The AI Reports under reference are also legally admissible locally and internationally.

The referenced AI Reports have totally survived the illogical, empty and false denials as well as technical escapism, criminalization and re-criminalization of the present Government of Nigeria. Very importantly, the AI Reports are solidly grounded in the famous Eights Key Modes or Features of Academic Discourse/Research or Investigative Findings; which are (1) Debate, (2) Scholarship, (3) Argument, (4) Criticism, (5) Analysis, (6) Evidence, (7) Objectivity and (8) Precision.

Since the issuance of various reports by Amnesty International on various forms of regime atrocities or widespread rights abuses by the present Administration of Muhammadu Buhari, there have been chains of negative reactions founded on gross false denials, threats, repeat-atrocities, acculturated impunity and campaigns of calumny against the issuing groups (i.e. AI).

There have also been nocturnal attempts by the Govt. to frustrate or stop the issuing groups from issuance of their referenced Reports.

These presidential and its security pressures have to a large extent forced another internationally respected rights group-Human Rights Watch research team on Nigeria to be ill-responsive to raging widespread rights abuses in Nigeria.

This is substantially on account of the fact that its Nigerian Research Team is headed by a Nigerian of Southwest extraction.

For the avoidance of doubt, one of the panicky, despicable and condemnable chains of Nigerian Government’s negative reaction is contained in the link below: http://europe.newsweek.com/biafra-nigeria-amnesty-international-denies-allegations-killings-564298?rm=eu

In its latest reaction, issued by the Federal Ministry of Foreign Affairs, dated Saturday, 4th March 2017, the Federal Government of Nigeria, among other things, not only admitted killing of hundreds of unarmed and defenceless members of IMN and IPOB/Pro Biafra Self Determination Campaigns; but also alluded that it killed them based on mere suspicion that “they constitute threats to national stability, unity and security”.

It further equated IMN and Pro Biafra Campaigners with dreaded Boko Haram insurgents and tagged street protests/processions embarked upon by the former as “insurgency/armed rebellion”.

These have clearly confirmed our earlier position that the Buhari Administration had issued and placed a presidential death code on the head of every member or supporter of unarmed and defenceless IMN and IPOB/Pro Biafra Campaign; and amnestied Boko Haram and Nomad Fulani Jihadists.

The referenced admissible and culpable statement of the Federal Government of Nigeria is very strong in legal and social contexts and enough to hold it and its chief perpetrators to account whether at local, regional or international levels.

On accusation levelled against Amnesty International by the Buhari Government that “it is meddling into the internal and security affairs of Nigeria”; it further exposes the Nigerian Government as a modern government that has literally chosen the path of primitivism and Stone Age.

This Government of the Stone Age must be made to understand that totalitarian sovereignty is dead and buried long ago; and that the modern trend in sovereignty lies in the mandatory confines of citizens’ sovereignty or sovereignty as a responsibility.

That is to say that where there are people, there is human rights; to the extent that the current world population of Stateless persons of 10 million are mandatorily governed by human rights laws and norms. The defence of territorial sovereignty recklessly used by murderous and lawless political territories to massacre their innocent and unarmed nationals has long been out-fashioned and nailed in the coffin under the UN System.

Restructuring: Atiku Seeks Collapse Of Unviable States Into Another