An opportunity to reform the National Assembly – CSOs 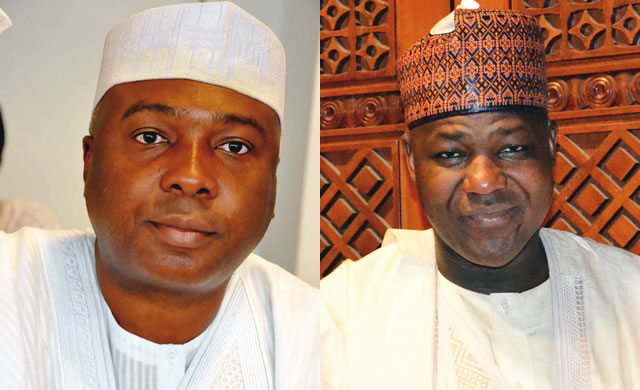 ‘Every generation must out of relative obscurity, discover its mission, fulfill it, or betray it.’ – Frantz Fanon

The National Assembly is constitutionally mandated to make laws for the peace, order and good governance of the country.

It is also responsible for executive oversight and passing the country’s budget.

Therefore, as civil society organizations, we are committed to ensuring that the nation has a credible and functional National Assembly that works for all Nigerians.

Over the last 3 years, the National Assembly has refused to respond to Freedom of Information (FOI) requests and a court order to provide its detailed budget.

Since the 8th Assembly was inaugurated, both the Senate President and Speaker of the House of Representatives have promised to make the details of the National Assembly spending public.

They are yet to do so.

It is against this back-drop of a failure to be accountable in something as basic as a budget, that our National Assembly has been rocked from one crisis to another including trying to gag social media; pushing a bill that would seriously undermine the work and independence of civil society and thereby violate constitutional rights to freedom of expression and association; purchasing new cars at exorbitant prices; fraud allegations against the Senate President that has paralyzed proceedings on several occasions; deliberating immunity and life pension for its leadership when they already get a gratuity after every term; and a possibility that they’ve violated the Constitution by not sitting the requisite number of days.

The most recent crisis are the allegations and counter-allegations between Mr Abdulmumin Jibrin, former Chairman of the House Appropriations Committee and Mr Yakubu Dogara, the Speaker, other principal officers and 12 other members of the House of Representatives on a flawed budgeting process and the haphazard allocation of constituency projects that are less about the communities’ needs and more about the legislators’ wants.

Mr Jibrin and Mr Dogara were approached to meet with civil society organizations to provide context to the various reports in the public domain.

Mr Jibrin agreed to meet and Mr Dogara’s office responded that he had publicly denied all allegations.

1. Amendments to the Budget

We are clear that the constitution empowers the legislature to make additions, subtractions and deletions in the budget estimates presented by the executive, but not arbitrarily, without the consent of all members and definitely not in a manner that enriches individuals and is detrimental to the citizens they were elected to represent.

It has been alleged that amendments were made to the budget by a few officers including Mr Jibrin, as Chairman of the Appropriations Committee, without the knowledge of other members of the National Assembly.

N100 billion of the budget is surreptitiously allocated to constituency projects – zonal intervention projects. These funds are usually shared equally on a zonal basis between the 6 geopolitical zones.

3. Fraud and Misappropriation of Funds

It has been alleged that insertions of over 2,000 projects worth N284billion were made in the budget; National Assembly members are living above their salaries; there is wasteful procurement; and there is secrecy in the management of the finances of the House of Representatives.

It has been alleged that 10 principal officers have received over N10 billion in illegal allowances since 2007.

There is something fundamentally wrong with how the National Assembly discharges its legislative and oversight duties.

At the heart of these allegations are corrupt enrichment, conspiracy to act corruptly, embezzlement, diversion and misappropriation of public funds for lavish lifestyles, abuse of office and public trust.

It is of great concern to Nigerians that members of the National Assembly do not know the content of their own budget, yet they hold court over how the budget of the country is spent.

Public auditing of spending by the National Assembly and several reports on allegations of corruption that have been investigated remain shrouded in secrecy.