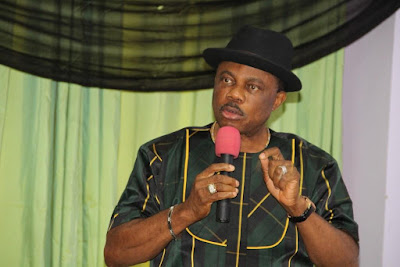 As part of the Anambra at 25 Anniversary celebrations, the Anambra State Government, under the uncommon Leadership of Governor Willie Obiano today at the Governor’s Lodge, Amawbia, rolled out the red carpet in honour of Ndi Anambra, who have played key roles in shaping Nigeria and putting Anambra on the map of excellence, in the Anambra State Anniversary Award ceremony.

Sir Louis Odumegwu Ojukwu, the renowned business mogul who the Nigerian Government borrowed his Rolls Royce to convey the Queen Elizabeth II on her visit to Nigeria in 1952, his son, Dim Chukwuemeka Odumegwu Ojukwu, the founding President of Biafra alongside Dr Nnamdi Azikiwe, the first President of Independent Nigeria, Prof Chinua Achebe, a literary icon and Olaudah Ekwuano were honoured as “Pillars of our Heritage” by governor Willie Obiano.

Similarly, Gen Ibrahim Badamosi Babangida (rtd) who is the leader that approved the creation of Anambra State in 1991 and all past leaders of the State including Peter Obi, Virgy Etiaba, Chris Ngige, Chinwoke Mbadinuju, etc were honoured in the Lifetime Achievement Category.

Prince Arthur Eze, Chief Victor Umeh, Charles Odunukwe, Oby Ezekwesili and many others made the list of 146 notable ndi Anambra who were honoured as philanthropists extraordinaire and business titans.

In same vein, 32 highly successful ndi Anambra were honoured for Outstanding Public Service; 27 religious leaders received honours as Pillars of Interdenominational Harmony while 15 notable sons and daughters of Anambra State were decorated as Icons of Education.

As Icons of Tradition and for Service to Humanity, 16 Traditional Rulers and the President of Anambra State Presidents-General, J. P. Okolo were also honoured while the Evergreen Posthumous honours were given to 50 icons who left legacy on sands of time.

All the awards were personally presented to the honourees or their representatives by governor Obiano who, in giving thanks to God, described himself as being “lucky to be the Jubilee Governor of Anambra, a state that has helped Nigeria and many nations of the world to their present level of development.”