The onus lies on Peter obi to bow under pressure and fly the party’s flag or to reject the goodwill. The political clock is ticking… 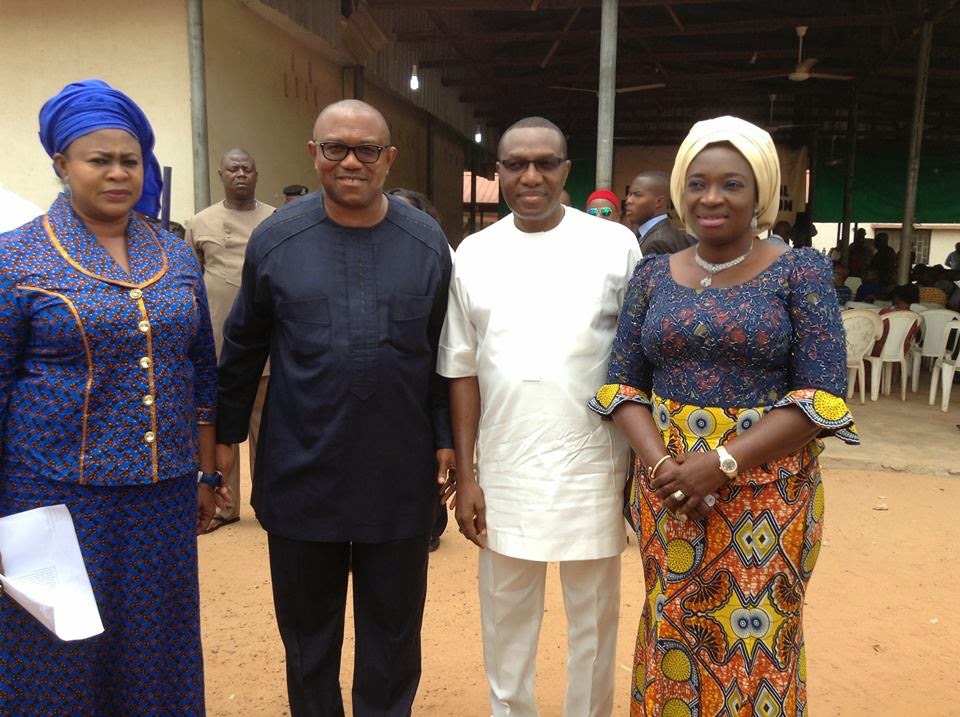 The Anambra State political atmosphere is rigid with tension following the disqualification of Senator Lillian Uche Ekwunife as the Senator representing Anambra Central Senatorial district by the Appeal Court.

It could be recalled that the Appellate Court sitting in Enugu sent Senator Ekwunife packing  from the hallowed chambers and ordered a re-run within ninety days.

The sack ignited a series of political fireworks as politicians and/or political parties are seen firing from both cylinders trying to grab the chance that will guarantee the lone slot to the Red chamber.

One such person that is already licking the wounds from the judicial bazooka emanating from the state fireworks is Iyom Ekwunife herself.

Unsure of wither tilted the political tide in the Peoples Democratic Party [PDP] in the state, the embattled senator had sought succor in the All progressives Congress [APC].

The political Tsunami made a mess of her calculations and before she could compute her mistakes, she was reduced to a clashing cymbal in the annals of Anambra APC.

The All progressives Grand Alliance [APGA] is not duck-sitting either.

Its political permutations have seen the party stalwarts running from post to post to ensure that the Anambra Central cock crows at the National Assembly come February on the Election Day.

On Thursday, 28 January, 2016, the Anambra APC scribe has raised alarm when the state governor, Chief Willie Obiano and for chairman, Victor Umeh were caught red-handed departed in car with two senior INEC officials to unknown destination.

According to the APC scribe, “the arrival in person at INEC by Anambra’s Gov Obiano and Victor Umeh and the departure in car with two senior INEC officials to unknown destination are suspicious and enough grounds to be concerned.”

In fact, a correspondent of Elombah.com, who claims insider’s Intel, has alleged that the APGA musketeers are shopping in the Independent National Electoral Commission [INEC] mega mall with one billion Naira seeking to disqualify PDP from constituting a barrier to Umeh’s ambitions.

The PDP, retrospectively, has also basked on its own share of the political upheavals.

Elombah.com has Intel on the various efforts by PDP to present one candidate after another, ranging from Senator Ekwunife to Osita Chidoka who has in his CV titles such as ‘former Minister of Aviation’, ‘Corps Marshal’ and ‘Chief Executive Officer of the Federal Road Safety Corps’.

However, haven almost ran out of steam, all indications are that the PDP has resolved to awaken the man they collectively regard as  an enigma, the man that left Anambra glittering whilst other states wallow in the quagmire of debt and unaccountability.

The man, a former governor of the state, Sir Peter Obi.

The onus lies on Peter obi to bow under pressure and fly the party’s flag or to reject the goodwill.

Chris Ubah replaces his brother, Andy Ubah in the Senate