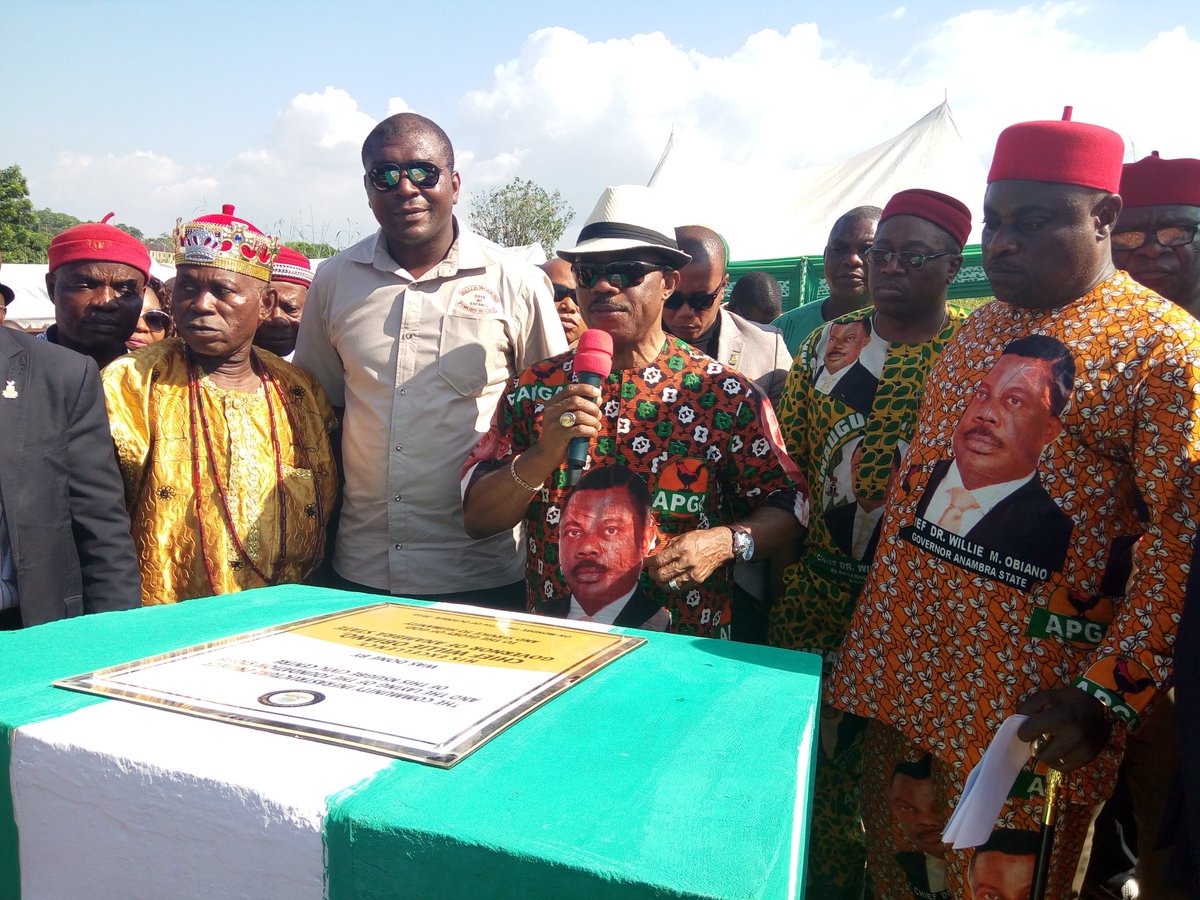 The highly sophisticated security network, a proactive approach by the state was put in place to checkmate and forestall all security challenges in the state within the coming Yuletide period and beyond. It was so formulated to remain effective even within the neighbouring states and borders of Anambra state.

Being the third such special initiative which began with “Operation Kpochapu” in 2014, “Operation Sheba” in the 2015 and now “Operation Udo Amaka” had achieved the desired goals within the periods, hence was being sustained this year.

This year’s launch which held at Obosi, Idemili North Council of the state, attracted officers and men of the Nigerian Army, the Navy, the Police, the Department of State Security(DSS), National Drug Law Enforcement Agency, (NDLEA), the Federal Road Safety Corps(FRSC)and the State Vigilante Services.

It also witnessed presentation of awards to Security Agents who had made symbolic and outstanding sacrificial contributions towards maximum security in the state.

Governor Obiano who led top Anambra state government officials to the event on arrival at the venue mounted the dias to take salute from the guard of honour mounted by the Police.

He noted that the choice of Obosi was deliberate to send a clear warning to hoodlums in and around the Community that the State will not tolerate any form of nuisance or criminality during the festive period and afterwards.

He disclosed that the state security paraphernalia has been adequately equipped with sophisticated weapons, gadgets, other logistics and intelligence to effectively conduct aerial, land and technology-driven surveillance and also to monitor the waterways and comb all entry/exit points, assuring the people that his administration remains on top of the security situation in the State.

He commended all the security agencies in the state for their dedication, courage and tireless efforts which has continued to yield the desired results. He disclosed that the state government has made out a comprehensive insurance package for them in the event of any mishap.

The Governor renewed his call on the people to continue to volunteer useful information that will help the security agencies in their duty, and called Ndi Anambra everywhere to feel very safe to come home for the Yuletide celebrations because the state is now secure.

The Commissioner of Police, Mr Sam Okaula revealed that the event was very significant as it heralds a special and strategic joint Security operation that would ensure crime-free yuletide celebrations in the State in keeping with the standard set by Obiano administration since its inception.

He revealed that they have also activated a unique traffic managememt system to ensure that the Niger Bridge and other strategic routes were free from traffic gridlock for ease of movement by commuters all through the period.

The Assistant Inspector General of Police in charge of Zone 9, who was the former commissioner in the state, Mr Hosea Karma commended Gov Obiano for the synergy he  introduced among the security agencies which he noted has been key in intelligence gathering/sharing, adding that the Anambra example has proved a viable security model that was being emulated all over the country.