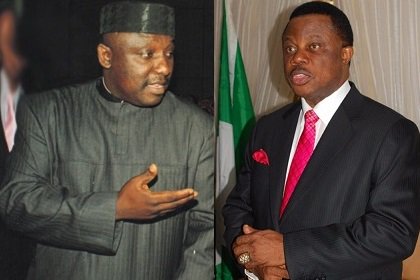 Another faceoff between the Imo state Governor Owelle Rochas Okorocha and the Anambra state Governor Chief Willy Obiano is brewing as two different organisations have chosen them as Best Performing Governors of the year 2016, the first in the entire South and the second in the South East.

The Award to the Imo Governor was announced by the Publicity Secretary of the Coalition Of Youths And Pressure Groups Of Nigeria, CYPEGN , Mr Oluwole Daramola while the Award to Governor Obiano was announced by the Igbo Achievers Network and the Coalition of Igbo Youth Organisations represented by  Mrs. Kelechi Egejuru and Mrs Ezinne Colbert , their Publicity Officers.

The camps of the two governors are claiming that the other side did not deserve the award and it’s only their own governor that truly deserves the award.

He noted that the achievements of the Anambra state Governor is only on paper.

They say that Owelle Okorocha still owes Imo workers and pensioners, hence does not deserve any award.

Nigerians are keenly watching this curious development which they thought the Ohanaeze Ndigbo and a group called the World Igbo Youth Congress have settled.

Donald Trump’s travel ban to be or not to be?