“The fight against corruption is now going on with vigour.  For the first time since our return to democracy 16 years ago, top public officials are being asked to account for their actions.” 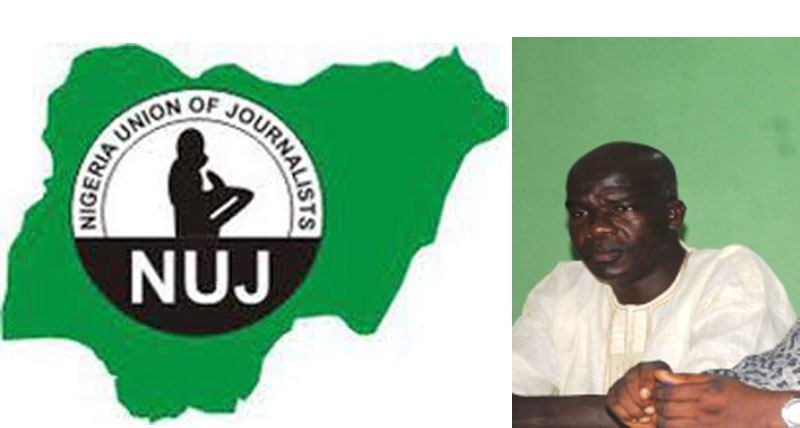 Contrary to insinuations, the Secretary to the Government of the Federation, Babachir David Lawal on Tuesday in Abuja dispelled insinuations that President Muhammadu Buhari, was on a vengeance mission in his fight against corruption.

According to him, the government’s anti-graft war is “a sincere battle against corruption and not on a vengeance mission.”

Lawal stated these during a courtesy call on him by the National Executives of the Nigeria Union of Journalists (NUJ) led by its President, Waheed Odusile.

He said, “It is less than one year since President Muhammadu Buhari assumed office.  In this short period, he has demonstrated his determination to confront the many challenges that our nation face today.

“The Buhari Administration as you know stands firmly on a tripod. The objectives of the government have been clearly pronounced.

“The number one objective is to secure the nation against both internal and external aggression.  Following closely, is the determination of this administration to fight corruption to a standstill.

“The third objective, of course, is to restore the economy of Nigeria to a very healthy status so that we may achieve rapid growth and development that will uplift the living standard of our people.

“The successes that our military has recorded in improving security in North-East Nigeria have been applauded both within and outside Nigeria.  Boko Haram insurgents have now been severely degraded.  The territories they once occupied have been fully recovered.

“The fight against corruption is now going on with vigour.  For the first time since our return to democracy 16 years ago, top public officials found to have betrayed public trust are being asked to account for their actions.

“They are being investigated and prosecuted within the confines of the law.  Majority of Nigerians now believe that government is sincere in its battle against corruption.

“The media has a major role to play in ensuring that this government achieves its key objectives. This is because there are powerful forces in our society who will use the media to discredit the government, in order to achieve selfish interests.

“A major case in point is the fight against corruption, that some have described as selective.

“Also we have amongst us, economic saboteurs, whose preoccupation is to exploit our prevailing circumstances to wreak havoc on the economy, through illicit activities and wanton destruction.

“The only instrument they have at their disposal with which to discredit the government is the media.

“As the fourth estate of the realm, the media, at this time in the history of our nation, must perform its role to the fullest. More than inform the public, the media’s responsibility today must emphasise educating the people and presenting them with the truth.

“I enjoin you to go out there and tell Nigerians the truth about the state of our nation.  You must remind all of us about the situation with our security when President Buhari took over in May 2015 and what it is today.

“You must examine the anti-corruption war dispassionately and educate Nigerians on whether or not the war is indeed selective and whether innocent citizens are being harassed or not.

“I also urge you to do a thorough analysis of our economy and educate Nigerians, about the dismal health of the economy of this nation when the last administration handed-over vis-à-vis this administration’s robust effort at turning it around.

“You will also do a professional job of your critic of the 2016 budget proposals and give your verdict on its appropriateness in addressing our present economic challenges.

“This is precisely, my challenge to you at this critical time in our national history.  You must truthfully and consistently, educate the people as we pursue our overarching objective to reinvent Nigeria. This is not a job for government alone.  The media should partner with government for us to achieve success.”

Earlier, in his response, Odusile said that in carrying out its responsibility of monitoring governance, the media needs access to those in government for free flow of information.

He urged the government to assist by lowering the tariffs on newsprints used by print media houses and also look at the higher license fees being paid by broadcast media houses.

The NUJ National President also commended the government on its anti-corruption drive and securing the nation.

Experts counsels against multiple sexual partners to forestall Hepatitis B

Apapa-Oshodi-Ojota-Oworonshoki Expressway to be ready in April