Chelsea have agreed a ‘deal in principle’ for Italy boss Antonio Conte to become their new manager.

Conte’s contract with Italy expires at the end of Euro 2016 and the 46-year-old wants to return to club management, as revealed by Sportsmail last month.

Italian newspaper La Gazzetta dello Sport claimed on Tuesday a deal had been struck between Conte and Chelsea, and that Roman Abramovich will make the final call on whether he gets the job. 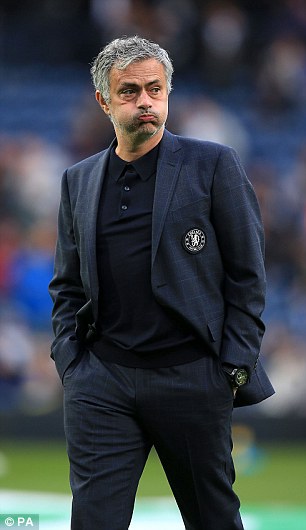 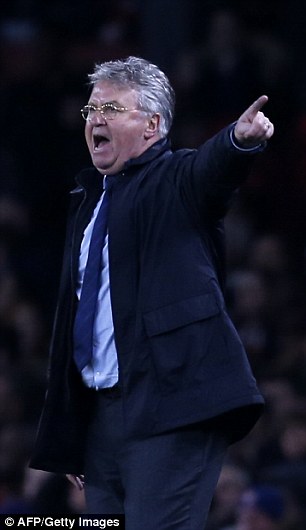 Mourinho was sacked in December and replaced by Guus Hiddink, who was installed as interim manager

Conte will meet with the FIGC – the Italian football federation – in March to confirm that he wants to leave after this summer’s tournament in France.

Footballers should be in last vaccination group, Germany’s national…

He is also set to hold further talks with Chelsea in the same month ahead of Italy’s friendlies with Spain and Germany.

Juventus manager Massimiliano Allegri was another contender for the Chelsea job but is set to stay with the Italian champions as they prepare to offer him a new contract.

The club’s sporting director, Giuseppe Marotta, said this week: ‘The conditions for Allegri’s contract renewal are all there. The cycle has just started with him and I believe we can continue with him.

‘On top of that, finding a club better than Juventus isn’t easy. I think that he can still get great pleasure from this team, thus there is no Allegri problem.’

Atletico Madrid’s Diego Simeone was also on the list but the 45-year-old is dedicated to the Spanish club as they prepare to move into their new 69,000-seater stadium and compete with Barcelona and Real Madrid for the Spanish title. Abramovich also appeared to lose interest in Simeone.

The Chelsea owner did want Pep Guardiola after Mourinho was sacked in December but lost out to Manchester City, with the Bayern Munich manager heading for the Etihad Stadium in the summer.

Conte became Chelsea’s leading candidate last month with the manager ready for a challenge outside of Italy, having previously won three Serie A titles with Juventus as a manager and five as a player. Sources claim the Italian has even been taking English lessons in preparation.

He could be confirmed by Chelsea before the start of Euro 2016 to avoid speculation during the tournament – similar to Louis van Gaal and Manchester United before the 2014 World Cup.

Conte was named on the shortlist for the United job before Van Gaal took over at Old Trafford, but subsequently signed a two-year contract to become Italy manager in August 2014.

Time to Beg Okonjo-Iweala to Come Back – by Femi Aribisala