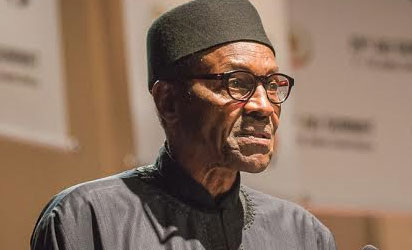 When the German Nazi’s under Adolf Hitler  wanted to carry out a program of total exclusion against the Jews, they began with a campaign of defamation, calumny

and illogicality’s which while placing the German race as a superior race that was meritorious, competent and did no harm the Jews were the exact opposite. The gullible German public bought into it and more surprisingly German intellectuals who should know better defended, justified and promoted it.  The concept of one superior race and the other inferior, one race being competent while the other lacked any merit, irrational as it was, was consolidated and the consequence was the most atrocious crimes against humanity in history. And yes; in case you didn’t know Germany was a democracy, at least at the time the whole charade began.

Closer home in Africa, the same situation unfolded in South Africa where a white racist regime deemed the indigenous blacks to be incompetent and lacking any merit. Again the White population bought into it while the intellectuals which by the way included some opportunist and self-serving Blacks likewise defended, justified and promoted it. This ideology was used to advance the exclusion of Blacks in South Africa in the then infamous Apartheid system. South Africa like Germany was  of course also a democracy and the lesson from both countries were systemic human rights violations took place under democracies is to underline the important fact that grave injustices  can be undertaken by democracies contrary to what many think.

On the home front President Muhammadu Buhari was elected on a platform of change being the first candidate to defeat an incumbent in Nigeria’s chequered history. In three previous attempts he had been dogged by complaints and public perceptions of being sectional and insensitive to Nigeria’s diversity and thus was never able to cross-out beyond the North. This time a coalition with some Southern leaders and an image building campaign that had some success in changing public perceptions about him helped steer the election in his favour. The election was nonetheless divisive along ethnic and religious lines and Buhari came to power in a nation that was virtually on a cliff edge owing to widening ethno-religious cleavages. Given his history, the circumstances of his emergence and the fact of Nigeria’s extreme fragility, the expectation was that a robust programme of nation building and other structural reforms would be initiated to tackle the existential fault-lines that continue to haunt the nation.

But alas, those expectations have all been dashed as Buhari’s regime have commenced with lopsided appointments in favour of the North that is too deliberate and too obvious to deny or ignore having himself  previously harped on his intention to discriminate between the regions that gave him 97 percent of votes and those that gave him only 5 percent. With the recent appointment of the SGF, Chief of staff and other principal officers all of whom were Northerners consolidating a long line of sectional appointments, a massive uproar was unleashed across the country in condemnation of what amounted to a violation of the federal character clause in the constitution and also a moral lapse in disregarding the nation’s diversity and the necessity of inclusion as a strategy for nation building and good governance.

Yet what has been more worrisome is the rationale with which some Buhari apologists and surprisingly some intellectuals have sought to defend, justify and promote his dangerous policies of exclusion with logic not dissimilar to what was advanced by Adolf Hitler’s Nazi party and South Africa’s Apartheid enablers.

Chief among the logic popularly propounded is that Buhari’s appointments were all done on the basis of competence and merit. While this irrational claim has been bandied, none of the promoters have dared to explain the basis or criteria for which both competence and merit was calculated for reasons of its illogicality. If education is advanced as a reason the South in reality would be more opportuned as the North is officially classified as an educationally disadvantaged area which is reflective in the difference in cut-off marks for admission to federal schools for candidates from the North and South. If experience and exposure is factored in, the South again would be advantaged as there are largely more Southerners who have trained and held top-posts in international organisations particularly in the merit driven private sector both at home and abroad.

Another strange excuse is the idea that the federal character system has failed us and thus we should consciously violate the constitution and try nepotism.  Firstly, all successful nations are built on the basis of the rule of law, so anyone encouraging a president to violate the very constitution through which he came to power is only calling for anarchy and ultimate failure.

Secondly, the federal character principle is perfectly compatible with competence and merit as there is an abundance of highly qualified and competent Nigerians in every geo-political zone and this is beside the important need for nation building. Thirdly,  while nepotism itself is the worst form of corruption which those asking us to adopt  don’t seem to appreciate, Nigeria has tried nepotism before during past military regimes when the North dominated almost everything and it led us to the institutionalised corruption and failed state we are still trying to crawl out from. Fourthly, inclusion and equality are standards of good governance and social stability that is actively pursued even in homogenous societies and other normal societies as is evident in Western countries.

Furthermore; the argument that what is most important is good governance and not where the appointees come from since those previously appointed never benefitted their communities is just as irrational and illogical as all the other reasons advanced. A fundamental element of good governance as defined is political, economic and social inclusion. Thus no matter how much roads and social amenities are provided, where there is deliberate exclusion and group grievance governance remains a failure.

The South African Apartheid government for example, built the best infrastructure on the African continent but was still deemed a failure due to its exclusion of Black South Africans. If therefore successful public works and provision of social amenities is all that counts for good governance as some Buhari apologists now argue (even though there is of yet no evidence Buhari’s appointees will be successful in providing those amenities) then South Africa would have been left alone to continue with its Apartheid system.

As for the accompanying argument that those who were previously appointed didn’t achieve anything for their communities, I beg to differ. A federal appointee who is heading the central Bank for example might not be able to affect his community directly but successful policies from the bank that has a national effect will indirectly affect his community, so also for an appointee heading the ministry of agriculture, finance and others. You can’t expect a minister of agriculture to build roads in his community when he has no responsibility for building roads, he or she can only implement agricultural policies that will indirectly impact his community and this is taking into account the fact that the ministers have to work within the exigencies of Nigerian factor.

Besides, the logic of this argument is dubiously selective. If appointees not doing anything for their communities is a justification for exclusion,  why then is the North exclusively taking up all the appointments when the same logic applies even more to them considering the fact that in spite of their  40 year  dominance of power the North remains the most impoverished region in Nigeria?  Shouldn’t the North by the same logic relinquish all positions to the South since they are guiltier of having nothing to show in their communities in spite of a long and absolute dominance of power?

Lastly, the idea that the President can only appoint those whom he knows and trusts is patently laughable. If that were to be the case, most presidents and even state governors would have only their family or clan members in their cabinets. If after being a military head of state and contesting elections four times Buhari does not have trusted associates outside the North then he is not fit to be a Nigerian president.

A President functions to galvanise, coalesce and to assemble talents from far and wide, most often from people he or she has never met before to form a diverse cabinet of purpose driven technocrats. This was the least that was expected of Buhari’s so called change government and not a return to nepotism.

The dangers of justifying and promoting the creeping Apartheid system like some are doing where the exclusion of sections of the country is falsely premised on merit and competence the same way the German Nazi’s and the South African apartheid regimes did will only end up digging Nigeria further into a pit of ethnic divisions that she might never recover from. There can be no moral or legal basis to justify exclusion. Not only will it destroy our fledgling democracy, the absence of nation building that such exclusion implies will lead to no good in the short and long term.

For a party and candidate that promised change, it is ironic that they have so soon in their administration acquired the uncommon notoriety of being the most sectional and divisive in history. The jury is out already!

Bayelsa Polls: I seek re-election based on my track records – Dickson