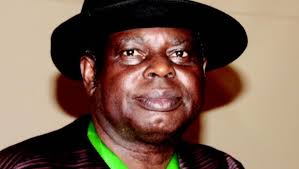 A socio-cultural organisation, Izon Brotherhood in the Diaspora has accused the All Progressives Congress (APC) of being responsible for the death of first civilian governor of Bayelsa State, Chief Dieprieye Alamieyesiegha, who passed away in Port-Harcourt.

The Spokesman of the group, Arc. Pere Jones, in a statement widely distributed to the media from Germany, said the recent extradition notice by the United Kingdom aggravated the health of the former governor and his subsequent death.

Alamieyesiegha’s health was said to have deteriorated and rushed to a private hospital in Port-Harcourt where he slipped into comma as doctors were said to have battled to save his life until he passed on.

He however, berated the APC which he claimed was behind the recent extradition notice that must have aggravated the health of former Ijaw leader who allegedly died of heart attack.

Jones condemned the alleged role of the APC  which reportedly influenced the inclusion of Alamieyesiegha’s name among those wanted by the UK government even after going through the whole legal hurdles of prosecution, conviction and later pardoned.

Jones was particularly critical of the role allegedly played by some Ijaw sons whom he accused of working hand-in-hand with the APC to undermine the Ijaw nation.

He said, “Clearly, it’s a shame to all our Ijaw brothers who are in league with the APC, witchhunting and working against their fellow Ijaw brothers ans sisters, being singled out for alleged corruption charges. They should be ashamed of themselves. Frankly no Ijaw man worth his salt should have anything to do with APC. With what they have done to our dear leader, Alamieyesiegha, no right thinking son or daughter of Ijaw extraction should be seen associating with the APC. His death is really unfortunate.”