APC Government And Its Deception Rhetorics – By Paul Jatau 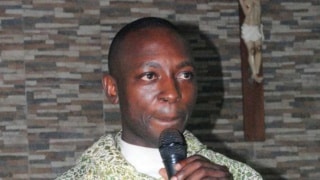 Prior to elections, the atmosphere in Nigeria is usually heralded by high level political activities. Politicians make promises of anything of no real benefit, which nevertheless, makes people feel better.

But as soon as they get to power, they forget the promises and instead, cart away the choice fruits of government.

A WAKE UP CALL TO THE ELECTORATE

As is usual with all activities preceding elections in Nigeria, politicians often come with a plethora of assurances, pledges and rhetorical excesses, aimed at persuading voters to cast their votes for them.

Political gladiators take the centre stage deploying resonant rhetorical strategies to persuade the electorate on the correctness of their preferred course of action and the policies they intend to implement, if elected.

It is common to see politicians during campaigns and political rallies weaving a web of endless and empty political promises to the numerous electorates who are not usually given any opportunity to ask questions as to feasibility or otherwise of the promises made during the campaigns.

Most politicians utter words without restraints, sing songs of victory on the podium for victories and successes never achieved and set in motion a campaign of calumny against their opponents or other political parties who they perceive as formidable opposition; all geared towards furthering their own personal agenda.

Old habits they say die hard and indeed, the habit of hearing the same thing from our politicians over and over again have not only made Nigerian brand of politics boring and uninteresting, but portray the political class as ideologically empty, creatively poor, mentally lazy and intellectually unequipped to tackle the challenges of leadership.

That is why in the course of the political campaigns, no decision is anchored on the overriding necessity for an absolute protection of the national interest against the backdrop of sectional and selfish scheming, squirming from the ranks of opposition.

In Nigerian brand of politics, reliability and stability are becoming strange to us.  When a politician says he is with you, you can be certain that he is not really with you.

This is because, immediately he finishes telling you he is with you this minute, you can see him in the next minute with a political opponent in another meeting and when you confront him, he tells you it is politics.

The generation where every man’s word was his bond is dead. It was former President Olusegun Obasanjo, who said that when a politician’s words cannot be believed, it means then, that politics is being turned into another thing.

Therefore, emphasizing that a politician must be a man or woman of honour who believes in morality.

Politicians should not just be knowledgeable, but should have facts and figures of what they intend to correct and do.

But the utterances of these politicians at times, suggest that they do not know exactly what is going on.

That is why at political rallies, real issues on how to tackle corruption, unemployment, infrastructural decay, economic growth etc are not discussed. What usually take precedence are sweeping statements like “I will end corruption”, “I will provide jobs” etc.

Also, the electorates are not told how the jobs would be provided, in which sectors of the economy and at what time in the life of the coming administration etc.

Electorates are also not told how many Federal roads are in deplorable condition, how many of such roads need reconstruction and how many new roads would be built, the ones that need urgent attention, etc.

Consequently, what most of these candidates exhibit at political rallies are confusion, crass ignorance and abject incompetence, thus, the electorates are bombarded with all manner of lies, half-truths and “tales by moonlight”.

I. Unabated Killing Of The Innocents

Can there ever be any justification for murder under any guise, save for conviction over capital offence by a competent court of jurisdiction?

It is unimaginable that government at all levels has failed to maintain absolute peace among communities with rising rate of coordinated killings taking place regularly.

Whose responsibility is the task of ensuring crime preventions and controls? Your guess is as good as mine: the Nigeria Police Force and other internal security agencies.

It is a known fact that the State Governors are the Chief Security Officers of their respective States and are to be held responsible for breakdown of law and order in those States.

It is the exclusive right of Mr President to declare State of Emergency in any State of the Federation where insecurity is at the peak, and return normalcy to same, but affinity and personal relationships usually hinder this responsibility from being executed without fear or favour in Nigeria.

If not, how could State Governors with failures to keep their people secured still be walking with their shoulders high?

It is easy to indict the government for insecurity and absolve militias, sects or cult groups that oppress and maim the vulnerable members of the society as witnessed recently in some states especially  Kaduna State which is the focus of this piece.