The All Progressives Congress [APC] has dissolved the Kwara State executive of the Party.

This, according to the party, is to allow room for fresh and less contentious congresses to be conducted in that State.

The dissolution followed calls by the Minister of Information and Culture, Alhaji Lai Mohammed, who asked the APC national leadership to dissolve the current leadership of the party in Kwara state for anti-party activities.

Alhaji Lai Mohammed made the call at his residence in Oro, Irepodun local government area of the state after a stakeholders meeting.

The Minister noted that since the entire state executive has signified its intention to leave the APC, the national leadership should not hesitate to dissolve them.

Meanwhile, the Kwara state APC publicity secretary, on behalf of the chairman Ishola Balogun-Fulani has denied knowledge of any stakeholders meeting anywhere in the state.

He stated categorically that he remains the authentic state chairman of the party.

In the latest development, caretaker committees are to hold brief from State to LGA levels.

Kwara State, it should be noted, is the home state of the President of the Senate who has made known his intentions to dump the party.

The party has been enmeshed in a gale of crises as its members are leaving it in droves including Senators, Members of the House of Representatives, and a sitting governor, Mr. Samuel Ortom of Benue State.

See attached the official APC NWC document that dissolved the ex-co below: 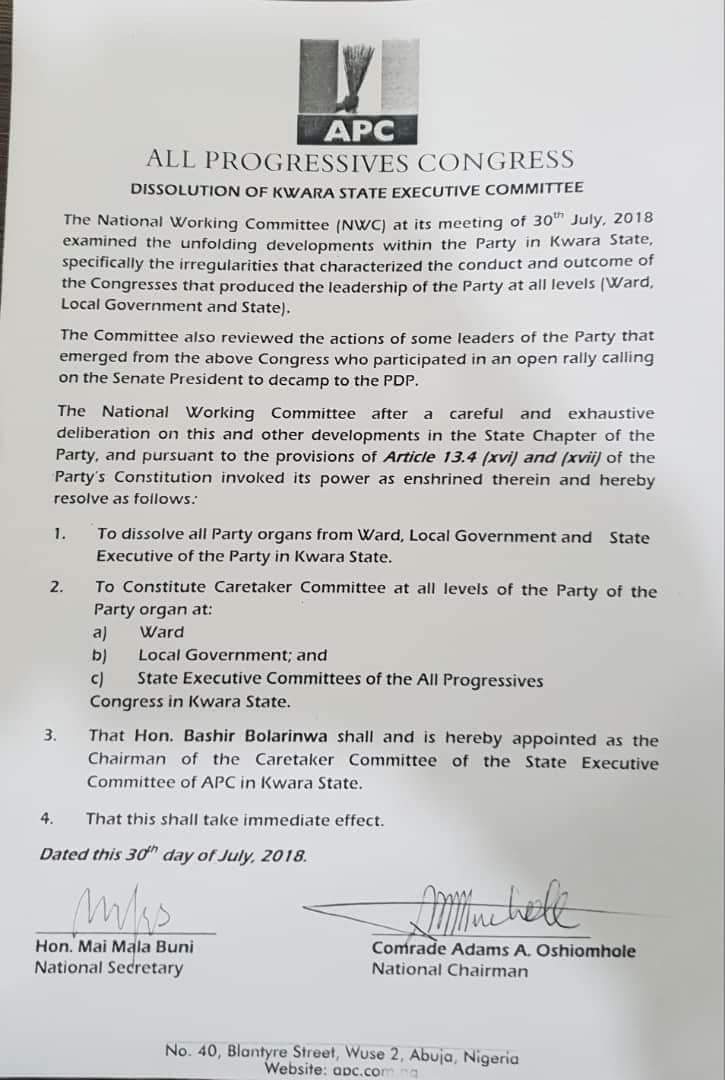