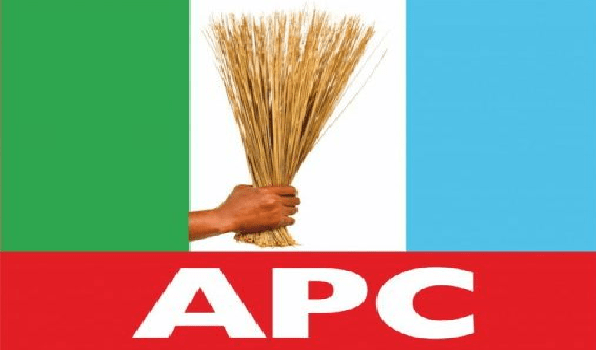 Conference of APC Publicity Secretaries (CAPS) commends the Federal Government (FG) for the demonstrable will to clean up the judiciary and take it out of the commercial market.

We acknowledge that there must be genuine concerns and unbiased statements, and there also must be partisan sentiments such as has dominated discourse in some channels, in every novel action, however noble.

Sentiments indeed rose at the break of earlier cases of mindless stealing from the nation, and yet the federal government has so far been vindicated by the fact that no one who was accused or placed on trial has been found to be framed.

Indeed many of them are pleading to return money embezzled, converted or misappropriated and remain of good behaviour, going forward.

In that light we are hopeful that the mission to clean the judiciary cannot be questioned by anyone who means well for Nigeria and has had a first-hand experience of the perversion of justice and the  painful odium in and off the shores of our country ,regarding this state of affairs.

According to the learned former Chief Judge of Nigeria, Hon Justice Mohammed Uwais: ‘A corrupt judge is more harmful to the society than a man who runs amok, with a dagger in a crowded street.

The latter can be retrained physically, but a corrupt judge deliberately destroys the moral foundation of society and causes incalculable distress to individuals, through abusing his office, while still being referred to as honourable’.

By the principle of stare decicis, upright and perverted judgments form legal precedence and it is time to get it right.

We urge Nigerians who do not as yet have sufficient information or are not knowledgeable enough on the technical issues involved in the combined operation of the security agencies leading to the arrest of indicted judicial officers across the nation to answer to various allegations, to remain calm and watch the situation with ‘three eyes’.

Those knowledgeable are equally encouraged to speak beyond enlightened self-interest.

In this wise we acknowledge the initial position of the Nigerian Bar Association NBA which if reported correctly has set up an emergency team made up the association’s past presidents to engage with the government.

It does not matter now, to us whether the NBA ought to have reacted to more despicable situations in the past.

The Nigerian judiciary will never be the same again, and that is pivotal to the change we need and must support for Nigeria to rediscover its greatness.

Let us warn that attempts to consign the issues in the latest development to legalities alone will fail flatly in the face of more serious considerations of how the nation degenerated to a point where those who would normally be looked up to as next to God in purity now demand and collect bribes to declare otherwise unqualified persons to preside over the public life of innocent Nigerians, armed with immunity in some cases.

To that extent, we are sure, the NBA must equally be worried that bribes to judges do not fall like manna from heaven and most times do not move from parties to judges.

Rather they pass through intermediaries who are mainly counsels.

To that extent, we are sure that another team similar to the one set up to engage with the government, must equally be on full gear to engage with the internal ethical issues within the NBA membership, so that we can be sure that NBA will not be suggesting holiness for their membership, or anyway be suggesting that the perversion of the judiciary should continue under the watch of the APC-controlled Federal Government.

There are copious examples to draw from in our recent legal history, including verdicts announced as recently as last week as well as those from Tribunals in Osun State and elsewhere.

We are therefore sure that NBA may not be the strongest voice in a matter in which many lawyers are prime suspects.

But they retain our highest regards at all times.

We encourage the Federal Government however to continue as far as is humanly practicable, without losing the war to adhere strictly to the rule of law in prosecuting the campaign.

We also encourage the National Assembly to fast–track all amendments to extant laws that could dilute the thrust of this winnable war and join in the battle to save our judiciary and other institutions.

We would gladly welcome voluntary resignation of judges who are convinced that their conduct, past and present no longer fit into the tolerable judiciary that Nigeria needs as henceforth.

With sincere regards, we urge our country men and women to be patient, studious, mature and circumspect in assessing the unfolding issues in this change that the nation must undergo to be healthy.

Dealing with fallout from raid of judiciary by the executive