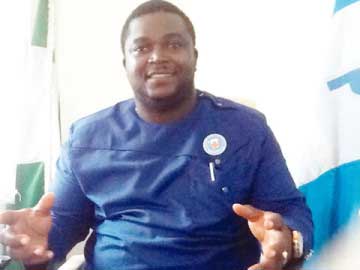 of President Muhamadu Buhari may be seen as a further confirmation of Nigerians fears from some quarters of a perceived regional agenda of the present government.

The ruling party is blessed with stalwarts and gate keepers from all zones of the country including members from the South East who staked everything to canvass support for the party in their zones with some many friends of the president like Ogbonnaya Onu and others who contributed so much for the successes recorded by APC which led to their victory at the polls, this is just to specifically mention him as the center point of our discus and the President promising their people that he will be fair to all.

One would have expected the President to justify the faith of these detribalised leaders by proving them right before their people in spreading such sensitive appointments round.

It’s is painful to see that the South East zone which constitute the third leg of the tripod on which Nigerian nation was built as at independence and even today was conspicuously missing from all the sensitive appointments so far made since his resumption of office as our dear President.

Not even PDP at the perceived celebration

of absolute power was this parochial

in appointment to sensitive

position in the country

These appointments have shown clearly the level of bias the current APC-led Federal Government is showing towards the development of the Igbo people and other minority tribes in the country.

Even if the Federal Government has at least selected anybody of Igbo extraction from Rivers State to create some level of resemblance of political balance, the appointment would have gone down on a very good note.

Not even PDP at the perceived height of governance and celebration of absolute power was this parochial in its appointment of officials to sensitive position in the affairs of the country.

The President made himself clear in his recent state visit to the United States of America, with his now unfortunate theory of 95 per cent and 5 per cent reward for support.

Even the little vote garnered from other region(s) of the country was part of the vote counted for the president and it will be a very big pain and disappointment for those minority voters who stood their grounds to cast their votes for him to so treat their people in this lopsided manner.

Femi Adesina’s defence of the President’s action is watery and does not make any reasonable sense because of our huge religious and socio-cultural diversity which we have claimed to be our strength.

Ministerial appointments which are likely to be the next set of appointments cannot and will not correct the necessary imbalance created by the ones so far made.

It is our humble opinion that there should be some sense of fairness, equity and balance in all appointments at the Federal level so that justice can be seen to be done to all zones of the country.

Buhari: 25 major appointments, 18 from the North, None from South East