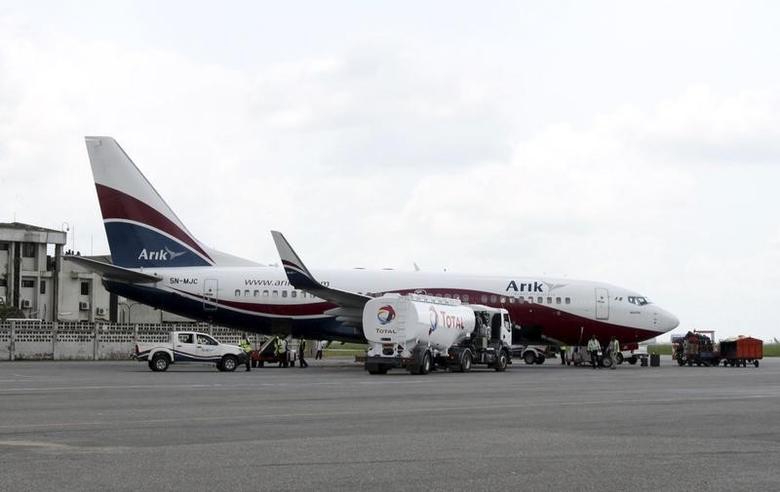 Nigeria’s largest airline Arik Air plans to nearly double its fleet to 52 planes within 10 years and has already ordered some of them from Boeing (BA.N), a source at the company said on Monday.

Most of the carrier’s existing fleet are Boeing planes and the source, who did not wish to be identified, said the airline would buy most of the new planes from the U.S. planemaker. The source did not say how many had already been ordered or the value of the purchases.

Privately owned Arik Air needs more planes as it aims to add international routes and increase services, including daily flights to New York, to offset a slowdown at home and bring in more hard currency.

It is also seeking new investors to help it grow and has said it wants to raise up to $1 billion through a private share placement next year and a possible initial public offering (IPO).

Founded a decade ago and now west Africa’s biggest carrier by passenger numbers, Arik Air has appointed advisers for the share placement and potential IPO in Lagos, with a secondary listing in London.

“We hope to maintain our market leadership and our growth strategy involving substantially increasing our fleet to 52 aircrafts by 2025,” Managing Director Chris Ndulue said on Monday at a briefing in Lagos to mark the carrier’s 10 years of operations.

“We plan to … put our footprint in Europe, Asia and Latin America and the Middle East, and this requires additional aircraft,” he said.

Arik Air’s home market has been hit by falling demand as a currency crisis in Africa’s top economy deepens, due in part to the oil price slump. United (UAL.N) and Iberia both stopped services to Nigeria this year and Emirates EMIRA.UL and Kenya Airways (KQNA.NR) have announced plans to suspend flights to Nigeria’s capital Abuja by next month.

Ndulue said Arik Air would also look at various funding options from international banks despite dollar shortages and the economic recession at home, which had affected businesses.

The carrier currently has a fleet of 28 aircraft, mostly Boeings but also three Airbus planes and nine Bombardier aircraft.

Last week Arik announced plans to start daily flights to New York in the next six months, up from three times a week, and start flights to Rome and Paris within 18 to 24 months. The carrier flies mainly within western and central Africa, as well as to London and Johannesburg.

A plunge in Nigeria’s naira currency has ramped up the cost of importing jet fuel and hurt profit margins as many passengers pay fares in naira.