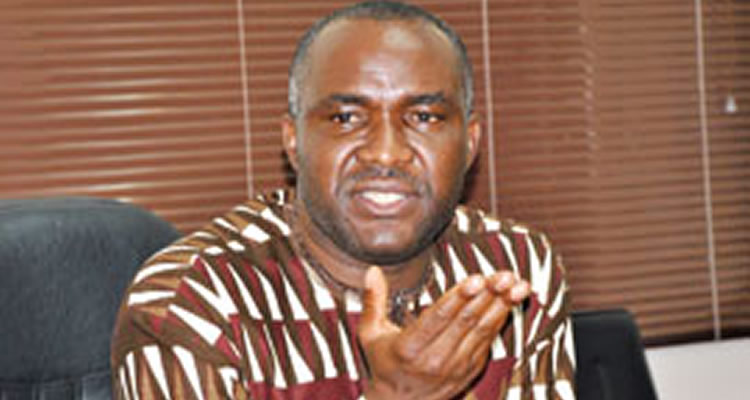 Government council administration in the country is a serious cause for worry.

The collapse of democracy at the local level brought about by the total emasculation of the  powers of the Local councils by virtually all the governors from across Nigeria   is the cause of rural poverty that has kept over 60 percent of Nigerians in absolute poverty because the local economy of these local government areas have all but been destroyed following the illegal and unconstitutional takeover of the administration of these local government areas  by the state governors who now call the shots and have positioned their surrogates to take charge of the statutory allocations meant for the development of the rural communities from the federally redistributed fiscal resources from the Federation Account of Nigeria in Abuja.

The foot soldiers posted as administrators to these virtually collapsed local councils operate from their state capitals and only return to the council secretariat at month end to share the crumbs that falls from their master’s table to the few real workers in these councils whose impacts are not really felt by the rural dwellers.

Apart from the fact that this illegality by these state governors violates the constitution the fact that allocations statutorily meant for the infrastructural development of local councils are being shared and diverted by the state governors to their private pockets and just a few trickling down to the few workers is a very grave crime that must be looked into with a view to sending these governors to jail the moment they lose the so called constitutional immunity.

Imo and Anambra are perfect examples of where the local council administration has suffered spectacular setbacks.   Most other States are guilty as well.

Governor Willie Obiano of Anambra State has been accused of plotting to thwart the current democracy at the local government in the state through the non-conduct of election at the grassroots level. For eight years that Mr Peter Obi was governor the local councils were totally emasculated and no election took place.

Worried that the current governor is bent on destroying the democratic outlook of the councils the chairman of the Labour Party in the state, Comrade Luke Ezeanokwasa, told newsmen in Awka, that the All Progressives Grand Alliance (APGA) government led by Obiano was plotting to install sole administrators after the expiration of the tenure of the current local government chairmen in January 2016.

He said that their investigation which has been confirmed by the body language of the governor showed that there was no “readiness, willingness, nor intention to conduct the exercise by the state government.

He said “specifically, the Federal Government should stop the local government allocation to Anambra State, if the state government fails to swear in newly elected chairman and councilors in January, 2016.”

Conversely in Imo State the governor Mr. Rochas Okorocha has gone to the ridiculous extent of appointing state legislators and his kitchen cabinet members including his Son -in -law as local government administrators in clear breach of the constitution and the decision of the Supreme Court of Nigeria which interpreted that local councils must be run in compliance with section 7 of the constitution which stipulates democratization as the most acceptable system of electing council administrators.

The Nigerian Constitution in section 7. (1)  provides thus; “The system of local government by democratically elected local government councils is under this Constitution guaranteed; and accordingly, the Government of every State shall, subject to section 8 of this Constitution, ensure their existence under a Law which provides for the establishment, structure, composition, finance and functions of such councils”. The constitution further supported democratic aspirations of the rural people to participate in the governance of their local council when in the same section in subsection (2)  the law prescribes thus; “The person authorized by law to prescribe the area over which a local government council may exercise& authority shall; define such area as clearly practicable; and ensure, to the extent to which it may reasonably justifiable,  that in defining such area regard is paid to:-the common interest of the community in the area, traditional  association of the community, and administrative convenience”.

In the same constitutional section in which democracy is the way to elect the leaders the section  7 subsection   (3) states that the real economic development of the rural people must be guaranteed if and only if a viable democratic structure exists in the local councils. That subsection provides thus: “It shall be the duty of a local government council within the State to participate in economic planning and development of the area referred to in subsection (2) of this section and to this end an economic planning board shall be established by a Law enacted by the House of Assembly of the State.”

Few years back the Supreme Court of Nigeria unambiguously ruled that governors have no business in the running of the local councils.

The Supreme Court held that no state governor in Nigeria has the right to remove democratically elected local government officials.

The Supreme Court while delivering judgment in the case of the removal of 148 elected local government officials by the Abia State Government in 2006, held that the action was illegal and amounted to “official recklessness” by the governor.

The five-member panel of justices of the apex court also ordered the Abia State Government to pay the sacked 148 elected officials their salaries and entitlement for the 23 months.

The Court of Appeal sitting in Owerri had earlier declared as illegal, the dissolution of the local government areas in the state by the Abia State Government.

The Appeal Court judgment stated that the elected LG Chairmen and councilors had not concluded their tenure.

Shortly after the judgment was delivered, the then state’s Attorney General and Commissioner for Justice, Chief Ume Kalu, appealed against the appeal court’s decision.

The lead judgment was written by Justice Bode Rhodes-Vivour while Justice Walter Onnoghen presided over the hearing of the appeal.

The other three justices who agreed with the lead judgment are Suleiman Galadima, Kumai Bayang Aka’ahs and John Inyang Okoro.

Why do governors disrespect the constitution and a plethora of Court decisions which prescribe democracy as the only form of electing and erecting local council administration? What gives these governors the courage to jettison constitutional provision and instead would hand over the local government councils to their wives and concubines to mismanage and since over 16 years of this criminal breach none  of these abusive governors have gone to prison for this dastardly crime?

These vicious circles of impunity continue because the societal value system of reward and punishment has given way to anything goes. Observers think these governors who operate like tin gods violate the democratic sanctity of the local councils because of the obvious fact that they have access to slush fund with which they can bribe the system after their tenures just so they can escape justice?

What stops the National Assembly from discarding this immunity clause in section 308 (1) which gives the governors the wrong impression that they are above the law? Are we seriously committed to take development and transformational changes to our collapsed local government councils by ensuring that the democratisation of these tiers of government isn’t impeded by state governors? Are we happy that over 80 percent of our population is too poor because the enabling environment for rural economic advancement has been shut through the adversarial looting of funds meant for local councils by State governors?