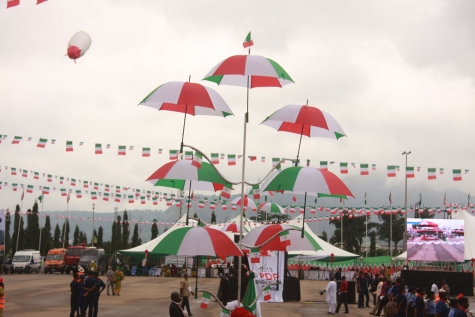 Since its formation in 1998 by its founding fathers, some of whom are still alive and witnessing the dwindling fortune of a once winning party. The People Democratic Party [PDP] has failed to reform in order to conform to the prevailing needs of the Nigerian populace.

Even though attempts at reforms were made at some points by individuals and groups, such moves where either sandwiched between selfish interests or shot down by enemies within.

Therefore, an all-inclusive reform at a time when the party have lost grip of power at the centre, cannot be over-emphasized. Hence, the need for a thorough and immediate reform, should the PDP’s hope to be the political party to beat come 2019.

The PDP’s masses-plight-driven manifesto of; ‘participatory democracy that lays emphasis on the welfare of the people’, ‘commitment to social justice and equality of opportunities for all’ and ‘commitment to promote accountability’ etc, endeared the party to Nigerians.

These objectives sold like hot ‘akara’ in a Nigeria battered by successive military juntas. One would have been tempted to say, Nigerians fell for anything that had any semblance of democracy, but alas that would have been anything else but a lie, because the voters had other options but yet chose the PDP at inception of the fourth republic.

Following the party’s widespread acceptance by Nigerians from diverse religious, cultural and ethnic backgrounds, the party went on to corner 62.78, 61.94, 69.60 and 58.89 percent of total votes cast in the 1999, 2003, 2007 and the 2011 presidential elections respectively. This is without mentioning the party’s exploits at the states, National Assembly and state’s house of assembly elections.

Unfortunately, one may not be far from the truth, should one assert that the party went on to sleep, while resting on its laurels and soon became obsolete to the emerging yearnings of Nigerians. The internal wrangling and disaffection as well took a toll on the party’s gains and soon party men and Nigerians began asking questions. The rest as we know it is history.

The PDP’s ‘family affair’ method of settling disagreements actually consumed more members and created enemies within than it tried to win or avoid accordingly. Either the mediators or the method was flawed, because soon families began to emerge within the larger PDP family and the PDP as we knew it was enmeshed in one crisis or the other.

These tumultuous times lingered on till the 2015 elections that saw the All People’s Congress sweeping the elections in key PDP-held states and the presidency.

However, defeat was imminent and obvious, but it seems someone wasn’t ready to either up the ante or fix square peg in square holes. The signs were there for all to see and the youths were to be the last bastion of the party, but that wasn’t to be.

As the party is set for a rebirth by way of a reform conference slated for October, 2015. It will suffice for the party to note that, the re-institutionalization and sustenance of democratic ethics and ethos must form the bedrock of all recommendations that will emerge.

The party must, amongst others; set up an abuse-free mechanism for speedy resolution of internal crisis at all levels, reengage Nigerians in such a way to reignite that trust, strive to give a sense of belonging to the duplicity of Nigerians, seek every available means of reconciling aggrieved and estranged members and work out a virile opposition ideology, which it hitherto didn’t seem to have.

Finally, in a bid to live up to its ‘power to the people’ mantra, the party must allow for diverse sheds of opinion within and outsides its fold. Since one must lose to win again, then the short, medium and long term goals of the PDP must be wholly Nigerian.

In this light therefore; Godfatherism must give way to transparent selection process, cash-and-carry politics must be replaced with credibility, old-youths must vacate positions meant for true and vibrant youths, as the youths majorly ensured the APC’s victory in the recently concluded 2015 general elections and loyalty must not be sacrificed at the altar of preserving a warp ‘stakeholder status.

There is no gainsaying the fact that a cross section of Nigerians still believe in the PDP and are optimistic of the return of the party to the National limelight, and more will be sympathetic to the party in few months to come. Hence, the party cannot afford to fail Nigerians, its supporters and members alike.