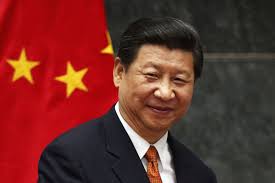 Chinese has continued to amass weapons installations on the southern China Sea. This has caused uneasy calm amongst the neighbouring states.

Philippine Foreign Secretary Perfecto Yasay has said, foreign ministers of the 10-member Association of South East Asian Nations (ASEAN) were unanimous in their concern about Beijing’s reclamation and militarisation of manmade islands, although he did not specify which developments provoked the concern, but said the bloc hoped China and the United States would ensure peace and stability.

“The ASEAN members have been unanimous in their expression of concern about what they see as a militarization of the region,” Yasay told reporters after a ministers’ retreat on the Philippine island of Boracay.

The Philippines is chair of the grouping this year and will host its annual meetings, some of which are joined by outside powers, including China and the U. S.

While referring to China’s artificial islands, Yasay said, “They have noticed, very unsettlingly, that China has installed weapons systems in these facilities that they have established, and they have expressed strong concern about this.”

Friction between the U. S. and China over trade and territory under President Donald Trump have fueled worry that the South China Sea could become a flashpoint, with many Southeast Asian economies are heavily dependent on both powers.

China claims most of the energy-rich waters, through which about $5 trillion in ship-borne trade passes every year.

The U.S. navy on Saturday said its aircraft carrier strike group had begun routine patrols in the South China Sea.

Three days earlier China warned against that, following an incident in early February when a U.S. Navy P-3 plane and a Chinese military aircraft came close to each other over the South China Sea.

Yasay said ASEAN nations recognised policies under Trump were still “evolving” but hoped he would unveil them within the next few months to provide a “more concrete and clearer picture”, especially regarding China.

“We do not know the complete picture of what this foreign policy might be, insofar as its relationship with China is concerned.

“We’re, however, hopeful that the policy that would come out will be positive.”

He also said ASEAN wanted a framework for devising a maritime code of conduct between China and the grouping to be completed by June, and Beijing had shown it was keen for it to be finished.

All parties should ensure that the code, which has made little progress since the idea was agreed in 2002, needed to be legally “binding and enforceable”, Yasay added. (Reuters/NAN)