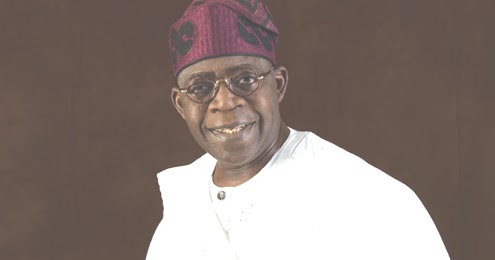 I was privileged to attend the grand finale of Gov. Rauf Aregbesola’s second term bid campaigns in  2014 in Oshogbo stadium where I saw a crowd that frightened me. I have been attending campaign rallies since 1999 but what I saw in Oshogbo was unprecedented in the history of Nigeria. I was sitting close to a friend and when I sought his opinion on what we are witnessing he told me that this  is no longer rally but a movement.

After the Ondo Guber elections last Saturday November 26 2016 many commentators began to celebrate the so-called Buhari boys in Abuja who they said outsmarted Asiwaju Bola Ahmed Tinubu. I saw a calculated attempt to whittle down the well-deserved honour and glory the man has recorded even from his days at Mobil Producing Nigeria. Many half a penny commentators said that this may be the beginning of the end of the Asiwaju BAT’s phenomenon. Some said that BAT has been bruised.

But I know enough history to conclude that success is not an event. I know that nobody makes it to the World Series overnight. I know the champions do not become heroes overnight. Throughout history I have known that history is not drawn on a straight line. This is the reason why I feel that those who tried to use the outcome of Ondo elections to get at Asiwaju BAT miss the point. They know nothing about Asiwaju BAT as a massive movement. They know nothing about BAT as a friend of the poorest of the poor.

The low thinkers do not know that in 2012 he brought to the front seat, the man of history called Rotimi Akeredolu. Ah, Ah, I wish these people know this saga called Asiwaju Bola Ahmed Tinubu. Oh, how I wish they know what I know? How I wish they had been close to this working history who showed me the freeways, byways, subways, highways and low ways of power. How I wish they know ten percent of what I know about this man of history. When it was difficult for people to understand this man he humbly released this statement to drive home his points.

Hear ASIWAJU BAT :’I set my goals and objectives in accordance with my vision. I study them and strategically execute them. My detractors discuss my successes and failure because they have nothing to execute. I am in the news more because I’m working, Nigerians discuss active men in the field. Mentioning any negative news about me will double the wealth of any news media that published it. My name today is a financial market for journalist. Not even elected politicians get the publicity I am enjoying. My comrades , go and work till mentioning your name becomes a source of increased wealth for someone. Even my weakness create wealth for vendors’.

Andy Andrew tells me that “Everybody wants to reach the top of the mountain, but there is no growth at the peak. It is in the valley that we slog through the lush grass and rich soil, learning and becoming what enables us to summit life’s next peak”.

Niccolo Machiavelli teaches us that “The first method for estimating the intelligence of a ruler is to look at the men he has around him”Take a look around  BAT and see the men and women around him and it is only when you know this that you will begin to understand this man. Asiwaju is not without blemish. Asiwaju is not playing God. Asiwaju did not preach to us that he is the best God ever created. Asiwaju did not tell us that he knows it all. He never said so. Asiwaju is an ordinary mortal like everyone of us.

I pray that the East and the North will try to produce one person each like Asiwaju Bola Ahmed Tinubu. This country will be better for it. Let me say it once again that it is difficult for 20 – 30 people to gather anywhere in Nigeria without you discovering that one person may have been touched by Asiwaju magic. This is what makes BAT a massive movement.

Now, let me close with this” celebrate great men and women and you too will achieve greatness. The one who serve a people is their master. It is good to be important but it is more important to be good.  I am celebrating Asiwaju Bola Ahmed Tinubu today because I want to be a great man like him. Case rested!