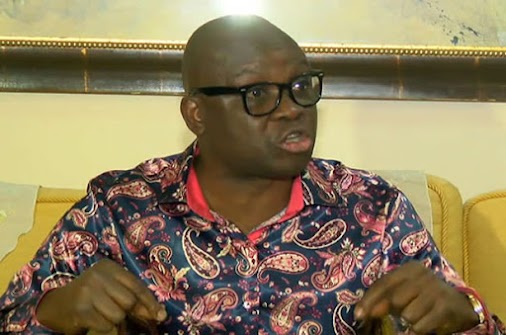 Ekiti State governor, Mr Ayodele Fayose has described the invasion of residences of five judges by armed men of the Department of State Service (DSS), and reported arrest as a direct assault on the judiciary.

The invasion includes those of two Justices of the Supreme Court – Justice Walter Onnoghen (who is in line to succeed the outgoing Chief Justice of Nigeria) and Justice Sylvester Ngwuta.

Governor Fayose, who addressed the press in Ado-Ekiti on Saturday, said:

“It should now be obvious to all Nigerians and the international community that democracy is under threat in Nigeria and Nigerians must rise to save democracy from being truncated.”

The governor said further: “For all intent and purposes, there is no how the federal government can justify the Gestapo and crude action of the DSS against our judiciary, the last hope of the common man.

“I believe they just want to hide under anti-corruption fight to blackmail and intimidate the judiciary.

“If not, have the affected judges been reported to the National Judicial Council (NJC), the body saddled with the responsibilities of investigating and sanctioning erring judges?

“Were the affected judges ever invited by the DSS and they refused to honour the invitation?

“I am particularly worried over the involvement of Justice Walter Onnoghen in the invasion, and I hope this is not a plot to prevent his appointment as the next CJN just because he is from the South South region.

“Nigerians should be reminded that I raised similar alarm when this regime of impunity started with the invasion of the Akwa-Ibom State government house and later the Ekiti State House of Assembly.

“I did say then that democracy in Nigeria was becoming unsafe in the hands of this APC government and that those keeping silent because of politics might also end up in the belly of the roaring lion that is threatening to consume our democracy.

“Then, those who ought to have joined in condemning the DSS impunity at that time kept silent for fear of the unknown.

“Now we have gotten to the height of it and Nigeria faces full-blown military dictatorship! This is sad!

“It is more worrisome that two of the judges involved, Justice Adeniyi Ademola and Justice Nnamdi Dimgba ruled against the DSS and condemned its impunity on the cases of former National Security Adviser (NSA), Col Sambo Dasuki (rtd) and retired Air Commodore, Umar Mohammed.

“One wonders if upholding the rule of law by refusing to help the DSS to sustain its reign of impunity has now become a criminal offence for which judges must be harassed, intimidated and arrested.

“The question to ask is that, will the DSS be a judge in its own case?

“Even if there are evidence(s) of corruption against the judges as they will want Nigerians to believe, the law is clear as to what to do.

“The NJC must be informed and the council will in turn investigate the allegation and take appropriate actions.

“It is after this that the affected judges can be invited for questioning and possibly prosecuted.

“It should be noted that few days ago, the NJC sacked three judges for breaching the Codes of Conduct for Judicial Officers and went further to recommend that one of them, Justice Kabiru M. Auta be handed over to the Inspector General of Police for prosecution for alleged corruption.

“If NJC could do this less than one week ago, has the same NJC been informed of any allegation of corruption against the judges whose residences were invaded?

“I therefore call on all Nigerians and the international community to rise in defense of democracy and the rule of law in our country because as it is, no one will be spared by this rampaging dictatorship.

“Particularly, the Nigerian Bar Association (NBA) and other stakeholders in the judiciary must not allow this to go unchallenged.

“Obviously, the DSS has become a threat to democracy in Nigeria, having abandoned its core mandate of providing intelligence for the protection of the internal security of Nigeria as provided in the Security Agencies Act Cap. N74 LFN, 2004.

“It has therefore become necessary that President Buhari put a stop to the actions and activities of these overzealous security agencies that can endanger democracy.”

DSS invasion: Call for boycott of courts – by Ebun-Olu Adegboruwa