Atiku’s son remanded in jail for contempt of court

For disobeying a court order, Aminu, the son of a former Vice-President, Atiku Abubakar, was on Wednesday remanded in the transit cell of Tinubu Chief Magistrates’ Court, Lagos. 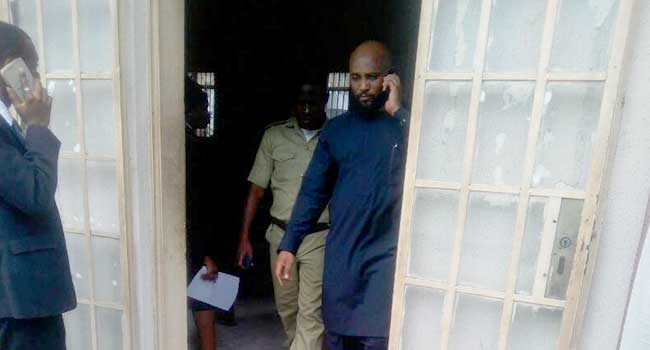 Ms. Ayeye had earlier ordered the respondent in the suit marked FCL/29/2017, between U. F. Bolori Vs M. A. Abubakar to produce Amir Abubakar at the first hearing of the case.

The News Agency of Nigeria reports that when the case came up on Wednesday for the discharge of “Emergency, Evacuation/Protection Order” made by the court, the court was informed that the parties were planning to settle out of court.

In response, Ms. Bolori’s lawyer, Nwabuzor Okoh, denied receiving any notification from the respondent to settle out of court.

She ordered that the respondent be remanded in transit cell and the case stood down pending when he would produce the boy.

NAN also learnt that both Fatimo and Aminu had divorced in 2011.

The children were living with their mother, Fatimo, with an arrangement that they should be allowed to spend their vacation with their father.

However, when the children were on holidays in 2013, Aminu requested that they should be released to him to travel abroad for vacation and thereafter, refused to let them return to their mother.