NEW: Autopsy report shows George Floyd tested positive for coronavirus, but it had nothing to do with his death. 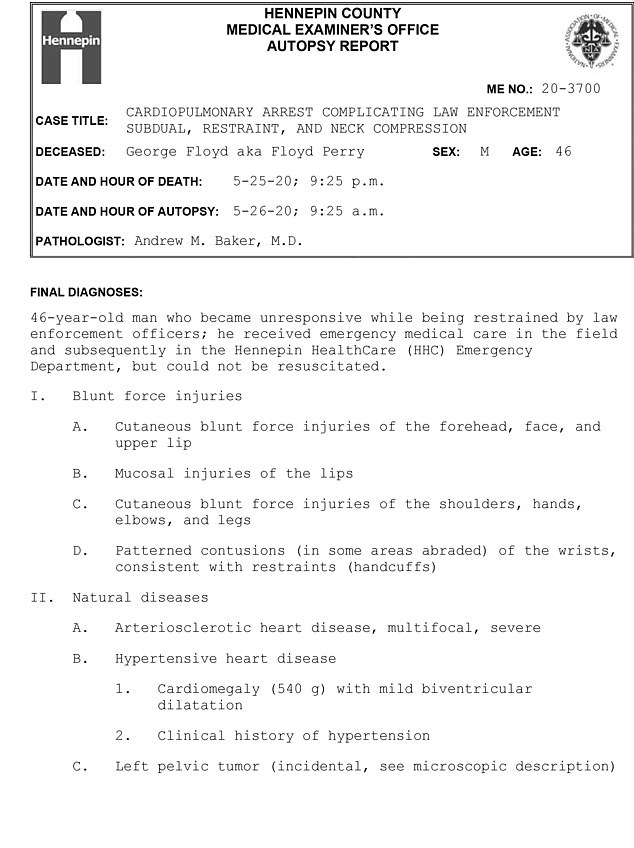 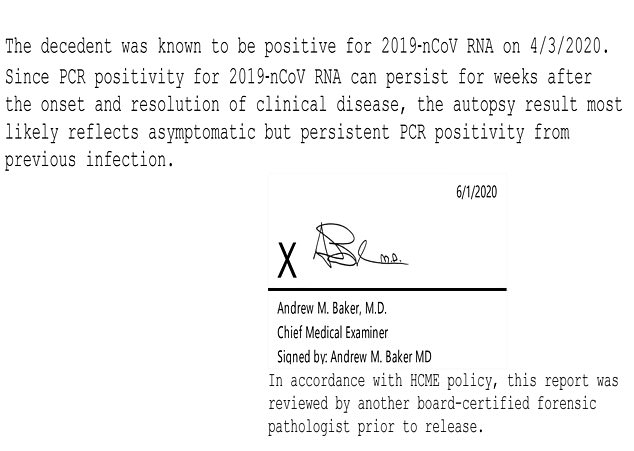 Floyd’s manner of death was ruled a homicide, matching the same conclusion from the independent autopsy ordered by his family earlier this week, however there were key differences over the cause.

It states Floyd suffered cardiopulmonary arrest after Minneapolis police officer Derek Chauvin compressed his neck for more than eight minutes while he was being restrained.

It also notes he had a history of heart disease and had fentanyl and metamphetamine in his system – which were listed as ‘other significant conditions’.

It found Floyd’s lungs appeared healthy but he had some narrowing of arteries in the heart.

The footnotes also noted that signs of fentanyl toxicity can include ‘severe respiratory depression’ and seizures.

It comes after a preliminary autopsy last week said there was no evidence to support ‘strangulation or asphyxia’.