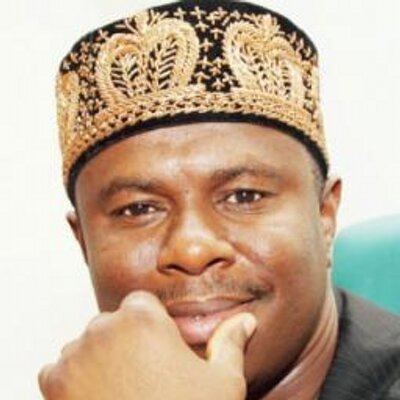 The governorship candidate of the All Progressives Congress (APC) in the 2015 elections in Rivers State, Dr Dakuku Peterside says bad governance by the Governor Nyesom Wike-led administration was retarding the progress of the state.

Dr Dakuku who stated this during the formal reception and public declaration of former Executive Director (Finance and Administration) of the Niger Delta Development Commission (NDDC), Dr Henry Ogiri for the APC at Abua/Odual last weekend, said Rivers people were already tired of the government in the state.

According to him, “Rivers state is in reverse gear because of bad governance. The bad governance in the state is telling on the people and they are aware that this government is not for them.

“Ogiri got to the top and saw the bad governance in the state and decided to return to his original political fold to meet with his friends and those who he played politics with earlier.

“Ogiri was part of those who helped PDP in the 2015 elections in many ways than one and they know it.

“The coming re-run and 2019 elections will prove that the government of Rivers state is not leading the people well, which is why Ogiri left them.”

Dakuku, who is also the Director-General of Nigeria Maritime Administration and Safety Agency (NIMASA) berated the Wike-led government of being unable to maintain several infrastructural facilities built by the immediate past administration of former Governor Chibuike Amaechi

“Wike cannot maintain the infrastructure Amaechi put on ground. Look at the health centres and schools, the overseas scholarship, among others. Instead he has introduced tax regime in secondary schools that are supposed to be free. Rivers state is indeed retrogressing.

“Companies are not here anymore. They are packing and leaving in droves because of bad governance, high tax and insecurity. The people are aware of this downturn in the fortune of the State and have consequently rejected Wike’s government.”

At the event, Dr Ogiri, who decamped with more than 2,000 supporters, tore his Peoples Democratic Party (PDP) membership card and campaign cloths of Governor Nyesom Wike, saying it was over for him as far as the PDP was concerned.

Former Governor of Rivers State and Minister of Transportation, Chibuike Amaechi, who was represented by Senator Magnus Abe, blamed Gov. Wike  for introducing violence into politics in the state but assured that it will no longer be a lucrative venture.

The former governor said Ogiri had made the right decision in joining the APC.

Change We Must Embrace