Barrister who accused Akpabio charged with defamation by EFCC 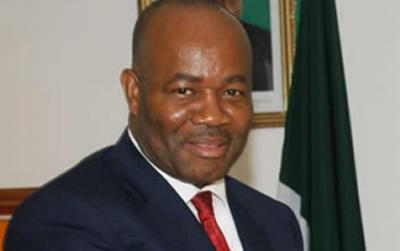 A lawyer who accused former Governor Godswill Akpabio of Akwa Ibom of corruption, has been arraigned in court for defamation.

Leo Ekpenyong was arraigned by the police at the High Court in Gudu District, Abuja.

He was charged for the unsubstantiated allegations he made against top officials of the Economic and Financial Crimes Commission, EFCC, while appearing on the African Independent Television, AIT.

However, attempts to speak to the lawyer failed as calls to his mobile telephone were unanswered.

Mr. Ekpenyong had accused the EFCC of intimidating him, and refusing to investigate Mr. Akpabio.

He had earlier threatened legal action against the EFCC, if it failed to investigate allegations of corruption against Mr. Akpabio.

Mr. Ekpenyong, who had sent several petitions to the commission, vowed to use every legal instrument available to ensure that Mr. Akpabio was probed.

In a four-page petition dated June 8, which was copied to President Muhammadu Buhari and sent to PREMIUM TIMES, Mr. Ekpenyong had called for an immediate investigation and prosecution of Mr. Akpabio.

When the former governor was not charged to court, Mr. Ekpenyong took on the EFCC during a live interview with the AIT.

He questioned the integrity of the commission’s leadership and expressed his loss of confidence in its ability to bring Mr. Akpabio to justice.

The commission later invited Mr. Ekpenyong on Monday, October 26, and interrogated him over the allegations he made during the television programme.

He was released after being grilled for hours.