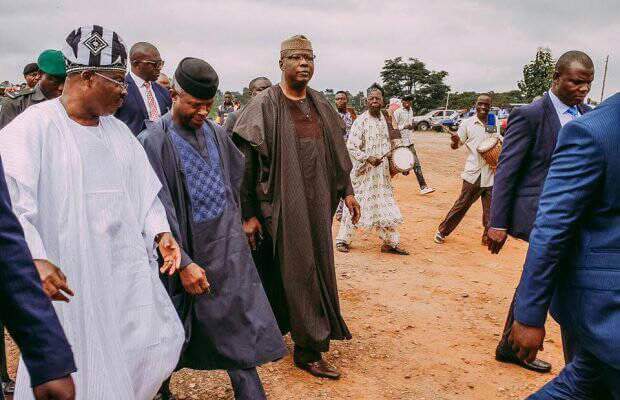 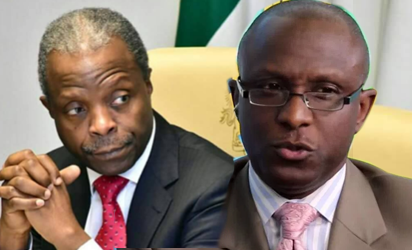 Confusion prevails in the presidency over the alleged approval of $25 billion contract by the Nigeria National Petroleum Corporation, NNPC, as the Vice President, Prof. Yemi Osinbajo has denied the report that he approved the contract.

The Senior Special Assistant to the President, Office of the Vice President, Laolu Akande, had earlier in his tweets on Thursday claimed that Prof. Osinbajo confirmed approving the contracts.

But the Vice President has denied confirming or approving any such NNPC contacts, rather he clarified that what he approved was loans.

His aide, Akande had in a series of tweets on his twitter handle @akandeoj, Thursday claimed that Prof. Osinbajo confirmed approving the contracts after due diligence when he acted as President recently.

He said Osinbajo approved the recommendations for the contracts as part of necessary actions to deal with backlog of unpaid cash calls and incentivize investments.

The presidential aide had said that the clarification became necessary in view of media enquiries that followed NNPC’s claim that the contracts were indeed approved by Osinbajo.

The tweets stated: “In response to media inquiries on NNPC joint venture financing, VP Osinbajo, as Ag President approved recommendations after due diligence & adherence to established procedure. Action necessary to deal with huge backlog of unpaid cash calls which Buhari adm. inherited and also to incentivize much needed fresh investments in the oil & gas sector.”

However, the Vice President has denied approving any contract, rather he said what he approved was two loans for NNPC.

In what appeared to be a U-turn Akande in a statement said Prof. Osinbajo made the clarification in view of media enquiries that followed NNPC’s claim that the contracts were indeed approved by him (Osinbajo).

The Vice President who was in Bonny Island where he flagged off the Bodo-Bonny Road, Rivers state, said he only granted loans and not contracts.

In a statement with the title, “NNPC: AG. Presidential approval were for financing arrangements not contracts says VP Osinbajo”, Akande said the clarification was to correct his earlier tweet.

He said, “Approached by reporters after the ground-breaking multi-billion Naira historic Bonny-Bodo road project, in Bonny, Rivers State, Vice President Yemi Osinbajo, SAN, explained specifically that the approvals he granted to the NNPC while he was Acting President were for financing arrangements for the Joint Ventures between the corporation and IOCs, and not approvals for contracts.

“These were financing loans. Of course, you know what the Joint Ventures are, with the lOCs, like Chevron, that had to procure. In some cases, NNPC and their Joint Venture partners have to secure loans and they need authorisation to secure those loans while the President was away.

“The law actually provides for those authorisations. So I did grant two of them and those were presidential approvals, but they are specifically for financing joint ventures and they are loans not contracts.

“Earlier today, I had tweeted on the same matter thus: In response to media inquiries on the NNPC Joint Venture financing arrangements, VP Osinbajo, as Acting President, approved the recommendations after due diligence and adherence to established procedures.

This was, of course, necessary to deal with huge backlog of unpaid cash calls which the Buhari administration inherited, and to incentivize much needed fresh investments in the oil and gas sector.”

Elombah.com had published that the Minister of State for Petroleum Resources, Dr. Ibe Kachikwu had recently in a leaked letter he addressed to President Muhammadu Buhari, accused the Group Managing Director, GMD, of the Nigeria National Petroleum Corporation, NNPC, Maikanti Baru of gross insubordination and taking unilateral decisions on award of contract without recourse to the NNPC board.

On the allegations by the minister that major contracts were never reviewed or discussed by the NNPC Board, Baru said that the law and the rules do not require a review or discussion with the Minister of State or the NNPC Board on contractual matters.

He said, “What is required is the processing and approval of contracts by the NNPC Tenders Board, the President in his executive capacity or as Minister of Petroleum, or the Federal Executive Council (FEC), as the case may be.

“There are therefore situations where all that is required is the approval of the NNPC Tenders Board while, in other cases, based on the threshold, the award must be submitted for presidential approval. Likewise, in some instances, it is FEC approval that is required.”

The GMD’s reaction to the allegations which was signed by the NNPC’s spokesperson Ndu Ughamadu stated further: “It should be noted that for both the Crude Term Contract and the Direct Sale and Direct Purchase (DSDP) agreements, there are no specific values attached to each transaction to warrant the values of $10 billion and $5 billion respectively placed on them in the claim of Dr. Kachikwu.

“It is therefore inappropriate to attach arbitrary values to the shortlists with the aim of classifying the transactions as contracts above NNPC Tenders Board limit. They are merely the short-listing of prospective off-takers of crude oil and suppliers of petroleum products under agreed terms.

“These transactions were not required to be presented as contracts to the Board of NNPC and, of course, the monetary value of any crude oil eventually lifted by any of the companies goes straight into the federation account and not to the company.”

The statement said that Dr. Kachikwu was expressly consulted by the GMD and his recommendations were taken contrary to the assertion that he was never involved in the 2017/2018 contracting process for the crude oil.

No govt laboratory to diagnosis Monkey Pox in Nigeria – FG