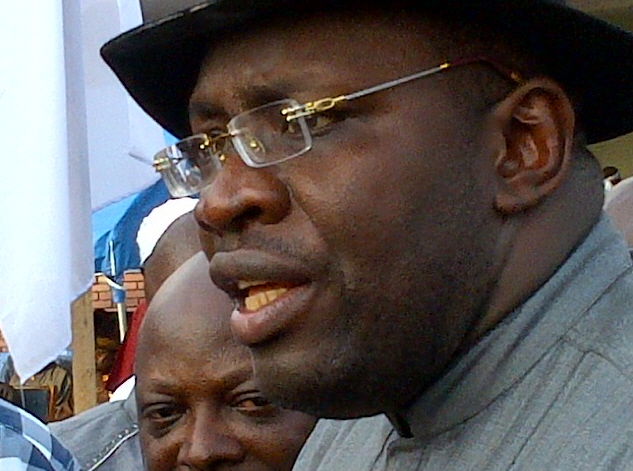 *Committee to submit report within 60 days

The Bayelsa State Governor, Hon. Henry Seriake Dickson [above], on Monday inaugurated a 6 member Judicial Commission of Inquiry with an 8 point terms of reference to probe the reported violence that trailed the conduct of the re-scheduled governorship election in Southern Ijaw LGA.

The commission is expected to make its recommendations and submit its report within 60 days.

The commission headed by Justice Margret Akpomiemie of the Bayelsa State Judiciary, will, among other terms of reference, determine the number and identities of persons that were injured or killed during the violence that occurred in parts of the state between December 3 and 6.

The commission has also been mandated to determine the number and identities of casualties, if any that were killed by extra-judicial means or by violence, or by secret cult-related activities or other related activities in the state from 2007 till date.

Other terms of reference as assigned to the commission, include, determining the extent of damage to properties, if any, during the said incident.

Dickson, while performing the inauguration, stressed that the terms of reference was not in any way political, but charged the commission to identify the perpetrators of the said killings, violence, mayhem and breaches of the peace and recommend appropriate sanctions.

“The commission will determine the role played by the security agencies in the said incident, in all incidents if any; to recommend measures aimed at averting future occurrences of such incidents and to make any other recommendations as the commission may deem fit under the circumstances”, he stated.

Contrary to the argument of the All Progressives Congress (APC), the governor submitted that setting up of the commission was not political but aimed at digging deep into the root cause of the violence and bring the perpetrators to book.

He said that whoever was indicted in the course of investigation irrespective of his/her political affiliation and no matter highly placed in the society would be dealt with in accordance with the state penal code.

In his response, Chairman of the Commission of Inquiry, Justice Margaret Akpomiemie, expressed appreciation to the Governor for the confidence reposed in them.

She urged members of the public to come forward with substantial evidence to enable the commission discharge its responsibilities.