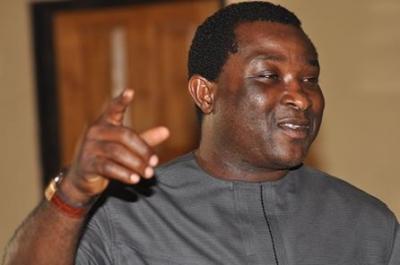 the new battlegrounds for political fireworks. The most interesting election petition case in the country now is that of Benue State, where President Muhammadu Buhari has personally intervened to save his party, APC from political humiliation as a result of water-tight case instituted against its “candidate”, Governor Samuel Ortom by the youthful candidate of the PDP, Terhemen Tarzoor—who is being referred to as Governor-in-waiting in the food basket of the nation going by the proceedings of the Tribunal which has punctured almost all the defence put up by Governor Ortom’s team of lawyers.

The bone of the contention is the candidacy of Governor Ortom who became APC’s governorship candidate less than two weeks he defected from PDP as a Federal Minister and PDP governorship aspirant against tenets and spirit of the nation’s Electoral Act, 2010 and APC’s party constitution. Basically, Governor Ortom is accused of not emerging through any known party primaries by his fellow contestants like Emmanuel Jime and Joseph Waku which prompted them to file suits challenging the candidacy of Governor Ortom in courts even though he still insists he is the consensus candidate of the party.

To add salt to injury, the recent mindboggling revelation made by the electoral umpire, INEC when testifying at the tribunal that APC did not conduct any primary in Benue State sent jitters down the nervous spine of Governor Ortom and his supporters, it affirmed the term “Temporary Governor” being used by his traducers when making reference to him. As if that was enough, the PDP went on to show Ortom’s interview on Channels TV where he innocently admitted that he became governor not via any party primaries but “Act of God”. These water-tight evidences presented by both INEC and PDP broke the already weaken foundation of Governor Ortom’s defence counsels.

In affirmation of Igbo adage which says that an elder does not sit in the house and watch a goat being strangulated by a rope, President Muhammadu Buhari decided to wade in to “save” the political ship of the APC in Benue from capsizing via the impending pronouncement of the Tribunal which every ardent follower of the proceedings of the tribunal can authoritatively predict where the legal pendulum will swing, by setting up a 10-man panel headed by himself which has Speaker of House of Representatives, Hon. Yakubu Dogara as member, Governors Aminu Tambuwal of Sokoto, Rochas Okorocha of Imo, Nasiru El-Rufai of Kaduna, Al-Makura of Nasarawa as members, etc.

Nigerians were told that the work of this panel was to reconcile aggrieved members of the party who are challenging the candidacy of Governor Ortom in the courts by persuading them to withdrawal their suits instituted against Ortom’s candidacy which will enable the ruling party in the state concentrate its forces against the promising candidate of the PDP, Terhemen Tarzoor who is being address by his admirers as Governor-in-waiting.

The stakeholders of the PDP in Benue has alleged that the real motive behind this high-powered panel headed by President Buhari is to thwart the cause of justice by hijacking Tribunal’s judgement using Presidential powers which runs contrary to the change mantra President Buhari rode to power with. President Buhari alleged unfortunate intervention in Benue tribunal through this panel has started sending wrong signals to lovers of democracy who strongly believes that the independence of judiciary as the last hope of common man must be preserved at all cost not minding whose ox is gored.

The setting up of this panel can only calm nerves in Benue APC but cannot erase the inevitable fact as presented by INEC that the APC as a party did not conduct any primary in the state, therefore never had any candidate for 2015 governorship election. Mr President should not allow his hard-earned image to be dragged in the mud by those who violated provisions of the Electoral Act in their ugly quest to mortgage the party structures in the state through imposition of candidates before the elections, and are now face to live with the consequences of their ill-conceived actions.

President Buhari should live above board by being the father of all as the President of Nigeria before party politics, which will fall in line with his most popular quote of “I belong to all and to nobody”. He should in all sincerity wear his garment of statesmanship and fatherhood by ensuring that the laws of the land is upheld no matter whose foot is being stepped upon, which is his primary responsibility as the President of Nigeria not political leader of his party, APC; even though his political party is at the verge of losing Benue to the opposition, the PDP.

Precedence has already being set by his predecessors in the past: Former President Musa Yar’Adua entrenched rule of law in the nation’s polity within the few years he spent as number one citizen before he embarked on the journey of no return to the great beyond. He resisted intense pressures exerted on him by the PDP stakeholders to “rescue” the then Governors of Ondo and Edo States in the persons of Olusegun Agagu and Professor Osunbor, respectively of the PDP when the long arm of the law was about collapsing their political empires via Tribunal judgements which gave rise to the emergence of Adams Oshiomole of then Action Congress and Olusegun Mimiko of the then Labour Party as Governors of Edo and Ondo States, respectively.

This singular act of statesmanship as an apostle of rule of law endeared former President Yar’Adua to the hearts of Nigerians, which made it possible for the conception and birth of what is known as APC today. Immediate past President Goodluck Jonathan took the mantle of rule of law form where his predecessor stopped by ensuring that the cause of justice was preserved in both Ekiti and Osun Governorship Elections Tribunals which enthroned former Governor Kayode Fayemi of Ekiti and Governor Rauf Aregbesola of Osun of then Action Congress against then PDP Governors, Segun Oni and Olagunsoye Oyinlola, respectively.

President Jonathan wrote his name with gold when he conducted free, fair and credible elections and even congratulated the then President-Elect, Muhammadu Buhari before the final results of the 2015 presidential election was announced, which he personally paid the ultimate price with his second term ambition. The Benue Governorship petition Tribunal’s case which the APC is about to lose has put President Buhari’s integrity and statesmanship to test it is now left for him to choose whether to live above party sentiments or be consumed by it.

10 Things We Learnt in Buhari’s 100 Days in Office