Between ‘Internet Warriors’ and Protection of Reputation 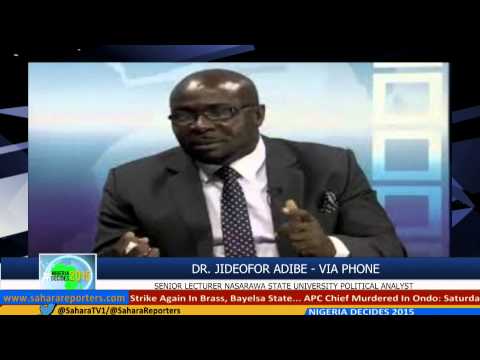 Naijahottestgist and CKN. According to reports Oloketuyi wrote in his blog that Nnamdi Okonkwo, the CEO of Fidelity Bank, had an extramarital affair with a married woman working in the bank. Nwandu ‘merely’ posted the story published by Oloketuyi on his Facebook page.

Both Oloketuyi and Nwandu were sued for allegedly defaming Okonkwo’s character and lowering his esteem in the eyes of the right-thinking members of the society. They were denied bail by the trial judge.

I am aware this matter is still in court so this piece is not about the Oloketuyi and Nwandu case per se but to use the case as a context for interrogating the tension between free speech and the need to protect people’s reputation in internet-based communications and the social media.  In my book   Free Speech v Reputation: Public Interest Defence in English and American Law of Defamation (2010), I discussed the balancing acts between free speech (seen as the foundation block of democracy) and the need to protect people’s reputation (universally seen as part of human dignity) in the print media in the USA and England.

While most traditional publishers in the Western world have the resources and the foresight to libel-read for their print editions and strictly regulate commentaries on the online versions of their publications, many of the Nigerian blogs and bloggers understandably cannot afford this.

When one talks of ‘internet-based communications’ what often comes to mind is the ‘new media’ and some types of social media. The main difference between ‘traditional media’ and ‘new media’ is in the manner of distribution. While traditional media like print copies of newspapers require complex forms of distribution – the paper has to be printed, trucks or vans are needed to deliver them to local distributors who will in turn distribute to vendors – new media on the other hand change the distribution process by making the ability to store, share or work with information much easier.

Computers play a crucial role in this but other technologies such as smart phones, VOIPs, e-readers and tablets have all made significant contributions. New media include Twitter, Facebook, YouTubes, e-books, downloading movies, using Bluetooth to swap photos and even having you own website. Not all forms of new media are social media. Social media are differentiated from the new media by their interactivity.  For instance if you have a website where people can leave a comment, it could be called social media but if it is just a static website without that facility for interaction, it becomes ‘new media’ but not social media.

One of the numerous benefits of the new media is the democratisation of the publication of opinions. No matter what you want to put across to a wide audience, and the language in which such is couched, there will always be a medium willing to publish you. In a worst case scenario, you can start your own blog at virtually no cost or you can use bulk text messaging service. In the days of yore, to get your opinion published, you needed to satisfy an elitist editor somewhere that you really know what you are talking about, that the material is not libellous and that it is written in at least passable prose. In this sense the new media have helped to demystify the shenanigans of the literati.

A number of Nigeria-focused social media have emerged to provide a platform for Nigerians to exchange ideas about their country.  As would be expected in any forum bringing together people from different academic, social, ethnic, religious and emotional intelligence backgrounds, the quality of the contributions could vary remarkably.

While some contributors will leave you in no doubt that they know what they are talking about and that their write-ups have benefited from some research and good proofreading, there are some that are mere grandstanders or ‘internet warriors.’ Their defining features include the use of caustic and abusive language, being ubiquitous in many social media platforms and chat rooms, throwing adult tantrums, using various aliases and mistaking abusive or libellous language for courage. I believe that the activities of ‘internet warriors’ worldwide have helped to re-enact the debate on the appropriate interface between a libertarian do-nothing course for the freedom offered by the internet and the social media and the need for some form of censorship.

It is now established that ‘Internet warriors’ could be successfully sued for defamatory remarks on the web. In fact as early as 2000, the UK internet Service Provider Demon Internet settled a libel case by agreeing to pay one Laurence Godfrey the sum of £15,000 pounds (plus legal costs) after defamatory postings about him appeared in news groups hosted by Demon. The case, which was the first of its kind to go before English courts, rested primarily on whether Demon could be treated as the publisher of the offensive material.

Contrary to some belief, you do not need to be a company or a ‘big shot’ to be sued for online libel. In 2006 for instance, Michael Keith-Smith, a former Conservative party member in the UK successfully sued an unemployed former  college teacher with whom he was having an online debate on the merits of military action in Iraq after the woman variously labelled him a “lard brain” a “Nazi”, a “racist bigot” and a “nonce”. He was awarded £10,000 in damages and legal costs of £7,200. The case was one of the first of its kinds between two private individuals to go to court.

In 2014, the English newspaper, The Independent reported a 300 per cent rise in the number of defamation actions brought over derogatory posts on social media compared to the previous year. The increase in actions over internet-based communications and the social media is a reflection of people’s concerns about their online reputations and the ease with which damaging information about individuals and businesses can be shared and spread.

The law makes a distinction between a defamatory allegation for which a claimant may sue for redress and remarks or insults which however offensive or abusive, are not actionable. In defamation proceedings, the crucial question is: are the particular words in the context in which they are used defamatory? In other words, are the words capable of lowering the reputation of the claimant in the estimation of right-thinking members of the society or cause the person to be shunned?

When you are sued for libel, the classical defences available to you are Justification or Truth (if you are absolutely sure of your facts you can stand your ground), Fair Comment (you have merely expressed an opinion without presenting  it as fact and you have done so in a fair manner) and Privilege (you have made the statement on an occasion of privilege such as when you were a parliamentarian or invited to give evidence in parliament or similar institutions or in conversations with your lawyer).

An advert on alcohol warns drinkers to ‘drink responsibly’. The increasing libel threat over publications on internet-based communications and the social media is also a warning for people to use the freedom and anonymity offered by the Internet and Social media responsibly. You can be sued for libel or even arrested for incitement over the communications you share on the internet and the social media. It is also important to note that you do not need to be the author of an offensive material to be sued for defamation. Just republishing or sharing such material makes you equally liable.

Largely because companies regard their reputations as their most important asset, they can sue you for defamation if, as a disgruntled customer or former employee, you publish defamatory materials against them.

The main concern with defamation lawsuits generally but especially over publications in the social media and internet-based communications is that it is a form of censorship which could be used to abridge individual freedoms and the democratic space which these platforms have tremendously helped to advance. This is why there has been severe resistance over efforts to regulate the internet and the social and new media in many mature democracies. This is especially so because you can cash on the borderless nature of internet-based and social media communications to pick and choose where you to bring a libel proceeding by claiming to have read the offensive material in any part of the world that you know will  be more favourably disposed to your case. For instance libel suits have better chances of success in jurisdictions like England (regarded as the libel capital of the world, with London caricatured as a ‘town named “Sue”’) than say the USA.

Overall, the Oloketuyi and Nwandu case is a call for greater awareness of the personal liabilities involved in internet-based and social media communications. Simultaneously it is also a call for vigilance about the possible use of libel or its threat either ‘to chill’ speech or abridge the country’s democratic space.