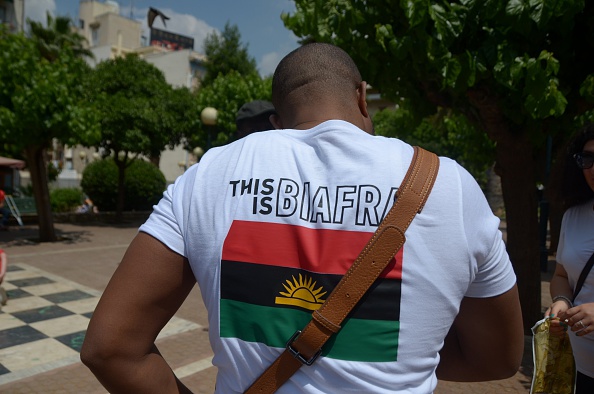 News filtering in, shows that the Delta Police Command has deployed over 4,000 officers to forestall today’s planned anniversary celebration of the secession struggle by both the Independent People of Biafra (IPOB) and the Movement for the Actualization of the Sovereign State of Biafra (MASSOB) across the eastern region.

Investigations revealed that the Delta state Police Command started the mobilization of men and ammunitions from its various units across the state.

That is to ensure that adequate personnel are on ground to counter whatever plan the organizers of the Biafra anniversary celebration might come up with especially in some strategic states.

The men to be drafted for the operation by all the units were ordered to be at  the Command headquarters, Asaba.

They are to appear latest by last night fully kitted with tear gases, arms and ammunition, handcuffs, bullet proof vest as well as sophisticated anti-riot gadgets including shields, batons and rubber bullets.

It was disclosed that the areas the Command considered more as flash point locations in the state include the Niger Bridge head to Onitsha and the Port Harcourt-Warri highway as well as other notable entry points that connect the state to other parts of the country.

The mobilization is said to be geared towards averting a situation in which the anniversary celebration would be hijacked by hoodlums.

They aim to avoid breakdown of law and order by hoodlums especially on the major highways as was the case in previous protests and events organized by the Igbo agitation groups in recent times.

Many people reportedly lost their lives, and properties destroyed.

How Buhari’s SA on Niger Delta Affairs, Boro amassed wealth to himself