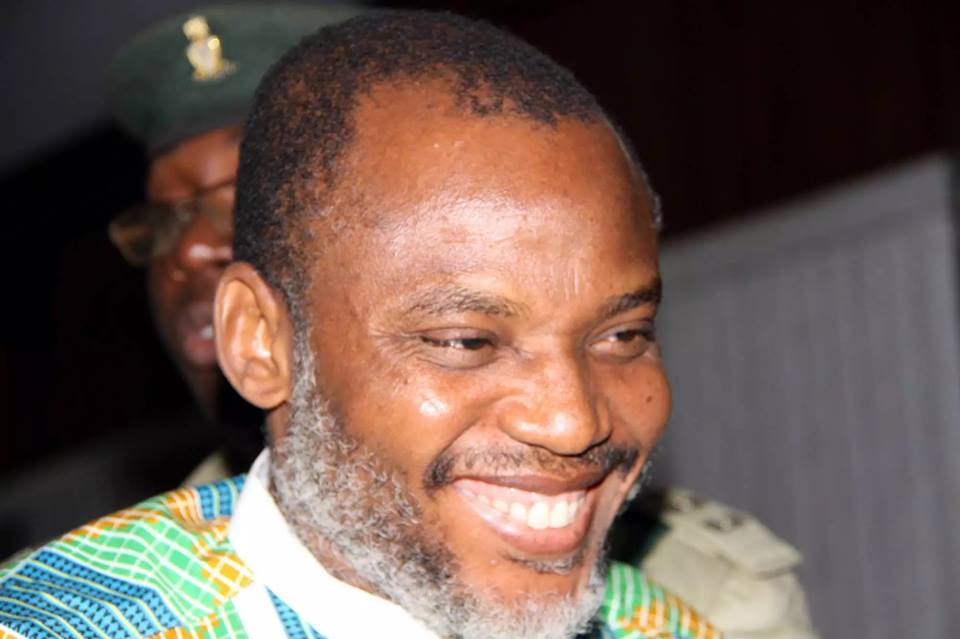 The letter dated 19 December, 2016, urges the European Union to wade into the detention and trial of the Indigenous People of Biafra (IPOB) leader, Nnamdi Kanu.

The Parliamentarians, therefore, demanded of the EU to ensure that the Nigerian government safeguards human rights in Nigeria by calling for guarantees on the freedom of expression of all Nigerian citizens, including their right to protest without harm, and the termination of violence towards Biafrans.

The letter reads below:

High Representative of the Union for Foreign Affairs and Security Policy

We write in regards to the unlawful detention of Nwannekaenyi “Nnamdi” Kenny Okwu Kanu, a dual British-Nigerian citizen and Leader of the Indigenous People of Biafra (IPOB), and the continued violence towards IPOB supporters as perpetrated by the Nigerian Government.

Since 14th October 2015, Kanu has been illegally imprisoned by the Federal Republic of Nigeria, despite being acquitted of all charges brought against him.

The authorities accused Kanu and his two co-defendants, Benjamin Madubugwu and David Nwawuisi, of trying to overthrow the Nigerian head of state by broadcasting secessionist propaganda on the underground media outlet Radio Biafra, which campaigns for the independence of Biafra from Nigeria.  Kanu, Madubugwu and Nwawuisi deny all charges brought against them.

On 19th October in Abuja, the Chief Magistrate, Honourable Shuaibu, discharged Kanu of all criminal charges including the allegation of managing and belonging to an unlawful society, criminal intimidation and of criminal conspiracy.

Shuaibu granted Kanu bail, of which all the conditions were met, but the Department of State Services refused to release him.

The charges of criminal conspiracy, engaging in unlawful society and criminal intimidation were then withdrawn on 16th December 2015, but still Kanu, Madubugwu and Nwawuisi have not been released.

On 17th December, 2015, Justice Adeniyi Ademola ordered the unconditional release of Kanu from the custody of the Department of State Security Services, but this was not enacted.

Kanu’s counsel have since appealed to the Economic Community of West African States (ECOWAS) to help ensure his safe release, but to no avail.

A court case on 5th October 2016 was later adjourned to 8th November, which has now been amended to 9th February 2017, due to the Nigeria Department of State Services failure to bring Kanu to court.

The Federal Government of Nigeria had previously warned the ECOWAS community court sitting in Abuja not to intervene in Kanu’s continued detention and trial.

It is clear that the fundamental human rights of Kanu, Madubugwu and Nwawuisi are being grossly violated. Human Rights Watch have reported of the violation of the defendants’ rights, including their right to a fair trial.

What is more, the Nigerian Government is also reportedly violating the human rights of Biafran activists. Scores of Biafrans are in detention for attempting to hold or participate in peaceful assemblies.

On several occasions, security forces have used excessive force against pro-Biafran activists who have planned or attended peaceful protest marches.

Amnesty International has documented cases of arrest, enforced disappearance, torture and often killing of supporters and members of various pro-Biafran groups in the region.

Since August 2015, they estimate at least 150 Biafrans have been killed by Nigerian security forces. However, as no official investigations have been carried out, this figure is believed to be much higher.

The right to peaceful assembly and association, as well as the right of freedom of expression, is protected by the Nigerian constitution.

It is clear that the Nigerian authorities are not operating with respect to the Nigerian constitution or the African Charter on Human and Peoples’ Rights.

On behalf of the European Union, especially in respect to the EU-Nigeria partnership, the Nigeria EU Joint Way Forward, the developments of the 6th Nigeria-EU ministerial dialogue and the fact that Nigeria is a recipient of EU aid, we call upon you to:

Advocate for the immediate and safe release of Nnamdi Kanu and co-defendants Benjamin Madubugwu and David Nwawuisi.

Challenge the actions of the President of Nigeria, Muhammadu Buhari, and the Nigerian Department of State Services in regards to the detention of Kanu, Madubugwu and Nwawuisi.

Call for an impartial investigation into the arrest, enforced disappearance, torture and killing of supporters and members of various pro-Biafran groups.

Do more to push the Nigerian government to safeguard human rights in Nigeria by calling for guarantees on the freedom of expression of all Nigerian citizens, including their right to protest without harm, and the termination of violence towards Biafrans.

We look forward to your positive response.