Blame Nigeria Govt for the Resurgence of Biafra – Colonel Achuzia 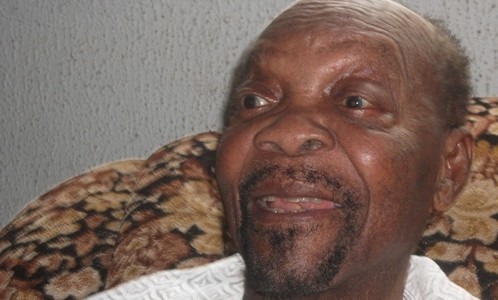 Achuzia who spoke as hundreds of Pro-Biafra supporters stormed Enugu metropolis at the wee hours of yesterday, protesting the continued detention of the leader of IPOB, Nnamdi Kanu and demanding urgent recognition of the Sovereign State of Biafra also said the renewed agitation for Biafra was because nobody has addressed the issues that led to the civil war.

In an interview in Asaba, Achuzia said: “This is a question of the kettle calling pot black. The ex- President, Olusegun Obasanjo, is a friend and I have the greatest respect for him, but unfortunately, half or most of the times, he, out of arrogance becomes careless in the words he uses.

“They say that those living in glass houses should not throw stones. By virtue of his being a former President, the presidential aura should always remain with him. Consequently, we try to shy away from comments that will affect him, but when he descends outside that cocoon of presidential aura, then we use the law of level playing ground in addressing the issue.

“Obasanjo is not in a position to call people still talking about Biafra miscreants. Miscreants, being that we were parading the road, barricading Government Houses, destroying property and other places, is that the reportage from the toxic media? If that is the reportage, it means that the media has misrepresented what they saw or what they heard.

“For Obasanjo to call my people miscreants, I will say that he should look homewards, hence I say it is an issue of kettle calling the pot black. The issue of Biafra is something we can never forget, neither our children nor our great, great, grand children after our time because it is part of history. The problem Nigeria is facing now is the inability to come to terms with the reality.

“If they wanted to come to terms with reality, they should have looked into the lopsided constitution, which they are trying to use. The war ended, how many years ago and yet, we are still using a military composed and authored constitution, the constitution was not composed or authored by civilians; if it was, what we are seeing today will not be the issues.

“Where in the world would you see that in a democratic set up, when they are changing batons after elections, they still have a military composition where a president or person elected will run the country by himself for almost six months as a military dictator and nobody is questioning it? But like I said, I like the present leader’s style because it is what the people asked for that they got,” he said.

On the renewed agitation for Biafra, he said it was because nobody has addressed the issues that led to the war.

Colonel Joseph Achuzia (rtd) who was one of those that spearheaded the Biafra War said; “I am still glad that the people who were present when the war ended are still in the saddle today because people like the present President was around; they were party to the so-called civil war. I say so –called because Biafra did not declare war, it was Nigeria that imposed war on them and they had to defend themselves.

“Ask him (Obasanjo) or any of the commanders if Biafra at any time tried to carry the war outside their territory, except the situation that happened in the defunct Midwest and it was not Biafra’s making. There was no time Biafra entered the Midwest because they wanted to invade the place. What happened was that our media capitalized on the situation of some ambitious officers within the operation that went beyond the terms and bounds of their operational order.

“And for that, they paid a penalty, nobody asked why the penalty, we all know why the penalty, because they carried the war beyond Biafra territory, stepping into the Midwest. Midwest was created by the Eastern region; it was part of the Igbo speaking area, both linguistically and otherwise. Until date, there is no Urhobo man that will say that his father did not understand Igbo language, no Ijaw person within the South Eastern area that will say that they do not speak Igbo, King Jaja of Opobo, all of them,” he said.

Meanwhile members of  IPOB, on Saturday, defied Police ban and held a peaceful protest in Aba, Abia State. The protest saw the group march through major roads of the city chanting solidarity songs in support of their detained leader and Director of Radio Biafra, Nnamdi Kanu.

The protesters in Enugu, who were clad in Biafra red and black colours, marched through major streets of Enugu metropolis chanting anti-Federal Government slogans insisting that the Directorate of State Service, DSS, should quickly release Nnamdi following the fulfilment of his stringent bail conditions by his Lawyer, Mr. Vincent Obetta.

They were, however, peaceful as motorists were allowed to ply without any confrontation.

In a text message to Vanguard, the factional Director of Information, Movement for the Actualization of the Sovereign State of Biafra, MASSOB, Mr. Uchenna Madu said: ”We are in full support of the ongoing massive demonstration against the continued detention of Nnamdi Kanu by the DSS.

“Our factional members are part of the ground breaking protest and will continue with IPOB till our demand for Nnamdi Kanu’s release is achieved. For the sake of Biafra, love for our fatherland and the spirit of brotherhood, MASSOB shall continue to identify with genuine, selfless Biafra agitation as showcased with Nnamdi Kanu.

“We warn the Federal Government to immediately release Nnamdi now or before Wednesday or face a severe action that will bring Nigeria to her knees. Ndigbo, South-south geopolitical zone are wiser, united and hungry for Biafra now. Only some few disgruntled elements and Abuja errand boys from eastern region are always against Biafra.

“MASSOB shall hold Igbo governors, National Assembly members, traditional rulers and opinion leaders responsible, if Nnamdi Kanu is not released coming week. Continued detention of Nnamdi will worsen the already fragile security situation in Nigeria. MASSOB, IPOD and other genuine groups are now ready to unleash the potency of no-violence which includes civil disobedience, civil unrest, non cooperation, massive boycott as was done during the emancipation struggle of Gandhi of India and Martin Luther King Jnr”.

Police parades 20y.o man who abducted his father for N2m