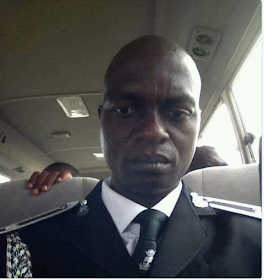 The Inspector-General of Police (IGP), Ibrahim Idris, has confirmed that the severed bodies of the policemen killed during the Rivers re-run legislative elections have been found.

IGP Idris also promised to prosecute those behind the killing of policemen during the elections.

Idris gave the assurance when he received the Chairman, Independent National Electoral Commission (INEC), Prof Mahmood Yakubu in his office in Abuja on Wednesday.

“I want to assure you and the country that we will not leave any stone unturned to prosecute those behind the dastardly act,” he said.

He said that the officers were killed in the line of duty to their fatherland and that the situation in Rivers called for the contribution and support of government and party leaders.

“The incidents in Rivers show that we need the support of the people in the areas where elections were held.

“The situation in Rivers has shown that we must say no to election violence in the country,” he said.

He said that four suspects had been arrested in connection with the killings, while investigations were ongoing to get to the root of the matter.

He said that the police would hold any of its officers involved in election fraud in Rivers responsible.

Idris said that the panel to investigate incidents in Rivers elections would be inaugurated on Thursday.

He said that forensic experts from outside the county would assist the panel to analyse the alleged audio recordings.

The IGP urged Nigerians to appreciate the efforts of the police and INEC officers in conducting elections in the country.

“We need the support of government and members of the political parties of the states where elections are held, “he said.

Earlier, the INEC Chairman, Yakubu, said that there could never be peaceful elections in the country without adequate security.

He said that the commission would continue to work with security agencies in the county to conduct peaceful elections.

“We have come to condole you and the police for the loss of your men at the Rivers elections,” he said.

Sultan of Sokoto: How we can achieve peace in Nigeria

Health Matters: What you should know about Bulimia