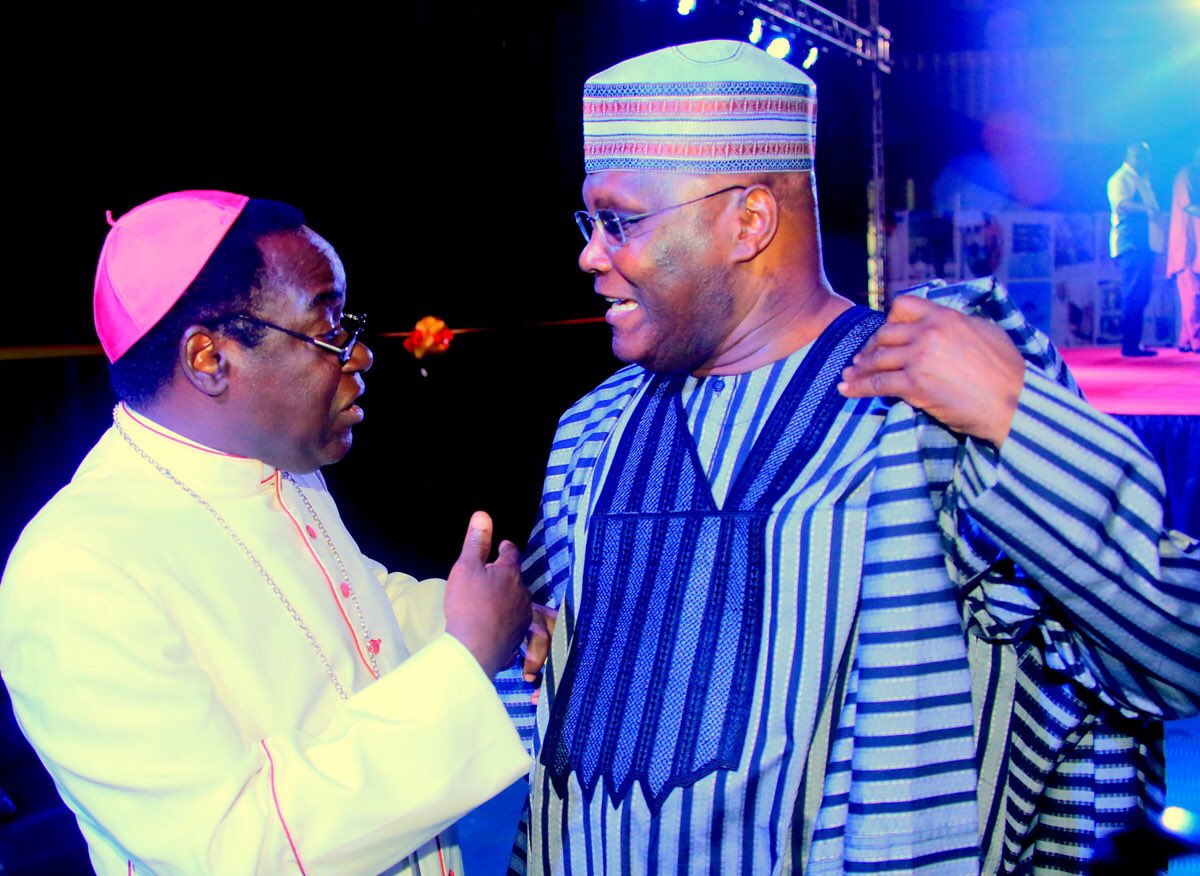 The former vice President of Nigeria Alhaji Atiku Abubakar said the Boko Haram insurgency is still around and yet not totally wiped out.

Alhaji Atiku Abubakar said this during his remark at the 11th annual Founder’s day ceremony of America University of Nigeria (AUN), Yola.

Their activities have not been brought to a halt in the country especially the North East region.

While addressing the hundreds of people that graced this year’s occasion, he stressed that:

“More still needs to be done, to restore normalcy in this area. The insurgency remains.

“Many citizens in the zone still remain vulnerable and live in fear; and we cannot say that the problem is over until every displaced person is able to return home, to the office, to the market, to the farm, and resume normal activities.

“We cannot say it is over until we rebuild the schools, the churches, the hospitals, the markets, and the homes that had been destroyed.

“And we cannot say it’s over until the survivors of this insurgency receive the help they need, including psychological therapy to deal with the trauma that they have been through.

“I visited an IDP camp on Saturday and had the privilege of teaching a math class to some children.

“But the site of hundreds of children running around and unable to attend school was very gut wrenching.  It still breaks my heart.

“So we cannot say the insurgency is over until all the displaced children return to their schools,” Atiku stressed.

According to him we should no longer wait for socio-economic and political problems to fester for a long time before we tackle them.

“The way we routinely wait for small potholes on our roads to develop into huge gullies and death-traps before we try to fix them, if at all.

“That should be a critical lesson of this insurgency.

“So let us take immediate steps to put our people to work. Let’s fix our roads, bridges and schools and other infrastructure.

“Let us expand schooling in this zone and other parts of the country.

“Let’s expand enrolment, and hire and train highly qualified and motivated teachers who are paid well.

“Let’s resolve to strictly enforce the law that makes primary and secondary education free and compulsory in this country so that every child stays in school until at least the age of 18.

“Let us expand vocational training in addition to improving our universities and polytechnics.

“Let us expose our youth to entrepreneurship as part of their education, to help us to really create employment and grow the economy and incomes in a sustainable way.

“Germany seems to offer a great example on vocation training and apprenticeship.

“We may want to carefully study its system to see how we can adopt elements of it for our country, our people and our economy,” he said.

He, however, commended Federal Government and state Government for putting in their best as significant improvements in the security situation in the North East can be seen.

“The commitment of the Federal Government and the state Government in this zone, as well as the support of the governments of our neighbouring countries of Cameroon, Chad and Niger, have pushed back against the violent insurgency and improved the security of citizens in the area.

“The improvement in the security situation also means that some internally displaced persons have been able to return to their homes and try to resume normal lives.

“I would like to specially acknowledge the efforts of our security forces in making these possible,” he added.